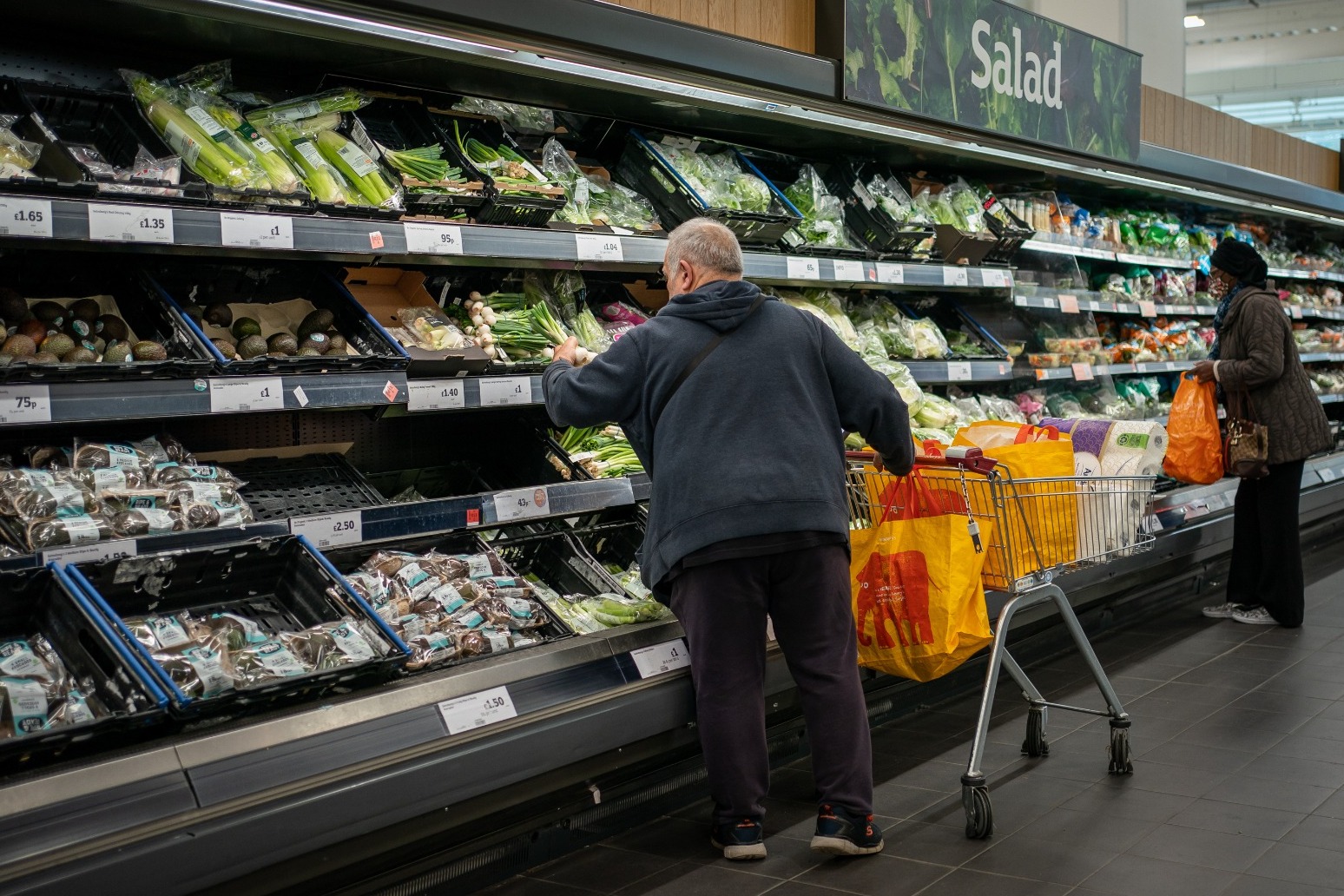 The UK is set to enter a recession which will hit millions of the most vulnerable households, especially in the worst-off parts of the country, a report has warned.

Gross domestic product is set to shrink in the third and fourth quarters of this year, and in the first three months of next year.

The report, from the National Institute of Economic and Social Research (NIESR), warned of a “three-quarter technical recession, but a relatively shallow one”.

However it also said there is an “increased possibility of a deeper recession”.

It said the threat of stagflation, a nightmare of economists, has returned for the first time since the 1970s.

Stagflation is where an economy sees slow growth, high unemployment and rising prices.

The economy is likely to grow this year, the NIESR said, but only by 3.5%, and then down to 0.5% next year – far from an emphatic bounce back from the pandemic.

More than 2.5 million households are set to see their savings obliterated by the rising cost of living. It will mean that one in five UK households will have no savings by 2024.

The institute also says the number of households living pay cheque to pay cheque will nearly double from 3.9 million to 6.8 million – or 25% – in 2024.

The report found that inflation will peak around the last three months of this year.

Consumer price index inflation will reach close to 11%, but will fall back to 3% by the end of 2023.

“The UK economy is heading into a period of stagflation with high inflation and a recession hitting the economy simultaneously,” said Professor Stephen Millard, NIESR deputy director for macroeconomics.

He called on the Bank of England to try to get inflation under control – interest rates of 3% will probably be necessary for that – and for the new chancellor to support households hit by the recession and cost-of-living squeeze.

The report called for the Government to increase universal credit payments by £25 per week for at least six months from October, which would cost around £1.4 billion, and also to increase energy bill relief payments from £400 to £600 for 11 million low-income households, costing £2.2 billion.

The research shows that between the impact of inflation and the refusal of the Government to raise benefits in line with inflation, the 10% poorest households will be around 5% worse off, despite the support they have been promised on energy bills.

It makes them the worst hit of any income group in society.

“All households are facing soaring energy and food bills but too many have to resort to credit, build up payment arrears or see their savings wiped out,” said Professor Adrian Pabst, deputy director for public policy at NIESR.

“The incoming administration needs to provide immediate emergency support to the 1.2 million hardest hit households and the one in five households that will become financially vulnerable as the energy price cap is lifted and the recession begins to bite.”

The report forecast that real incomes will be permanently lower, dropping 2.5% in 2022 alone.

Real incomes will be 7% below where they were headed before Covid by 2026, it said. Around 3% to 5% of this hit will come from Brexit, 1% to 3% from energy price rises and the remainder from Government policy.