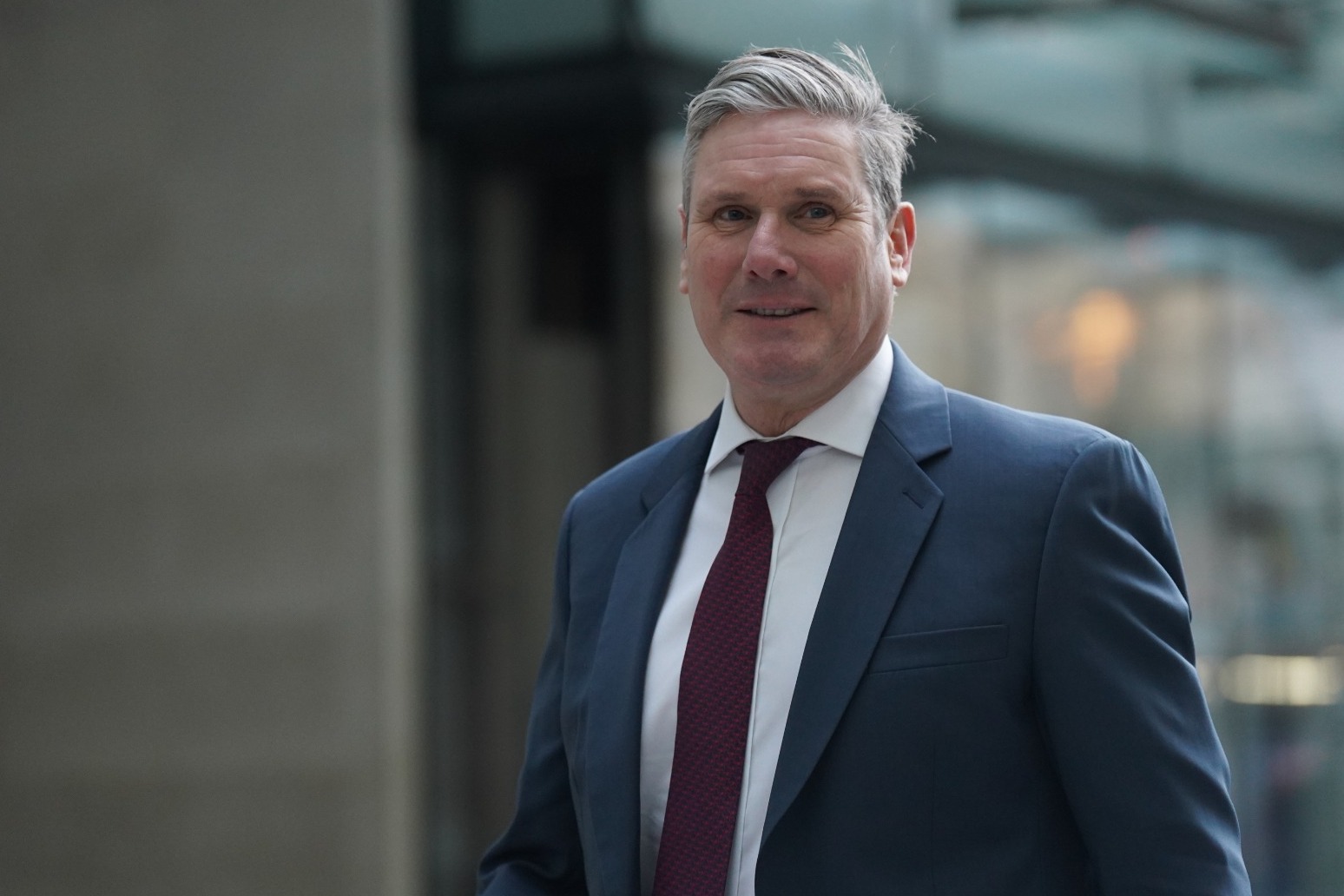 Labour leader Sir Keir Starmer said he has “concerns” over Scotland’s gender recognition law because he considers 16 to be too young to decide to change gender.

The SNP Government in Scotland passed legislation last month which will allow trans people to obtain a gender recognition certificate without the need for a medical diagnosis – a process known as “self-identification”.

The Gender Recognition Reform (Scotland) Bill also lowers the minimum age for applicants to 16 and drops the time required for an applicant to live in their acquired gender from two years to three months – six for those aged 16 and 17 – but with a three-month reflection period.

Sir Keir said he does not think 16 is old enough to make such a decision.

Speaking to the BBC’s Sunday With Laura Kuenssberg programme, he said: “I have concerns about the provision in Scotland, in particular the age reduction to 16 and in particular the rejection of our amendment in relation to the Equalities Act.”

Pressed on whether he thinks someone of 16 is old enough to decide to change their gender, he replied: “No, I don’t think you are.”

The UK Government is currently considering legal advice about whether to use its powers to block the Bill from becoming law.

Prime Minister Rishi Sunak spoke during a visit to Scotland last week about the concerns he has over the changes it would enact.

Downing Street officials said on Saturday that the full legal advice to ministers has not yet been reviewed and no decisions have been made.

That is despite multiple reports suggesting that the advice has given Mr Sunak the legal cover he requires to apply a Section 35 order to prevent the Bill from gaining Royal Assent.

He told the BBC: “We are not proposing to make those changes for England, but what we have to do is make a decision about whether that legislation impacts on legislation elsewhere in the UK.

“One of those pieces of legislation is the Equalities Act.

“That is why we need a detailed analysis of that, and that is the information the Government needs before it can take a decision.”

Sir Keir, asked whether he would block the Scottish legislation if he was prime minister, said he wants to wait to see what legal advice the UK Government has received.

He said Labour’s position is to “modernise the legislation to take out the indignities” for trans people legally changing gender.

Scotland Secretary Alister Jack has, in consultation with Downing Street, until this week to decide whether to trigger Section 35 of the Scotland Act for the first time.

Stephen Flynn, the SNP’s Westminster leader, said it would be an “outrage” if London did choose to intervene, saying it would amount to the UK Parliament “overstepping massively”.

Speaking to the BBC’s Sunday Show, Mr Flynn said: “We elect members to the Scottish Parliament to create legislation to put in place the laws to enhance the lives of people in Scotland.

“The GRR (Gender Recognition Reform) will do just that.

“What we have is a right-wing UK Conservative Government which is seeking to roll back on the democratic powers of the Scottish Parliament – that’s an outrage.”

Conservative MP Caroline Nokes, chairwoman of the Women and Equalities Committee, told the BBC: “I absolutely believe we have to make the process simpler and kinder.

“But I really fear the use of this as some sort of woke culture war.”