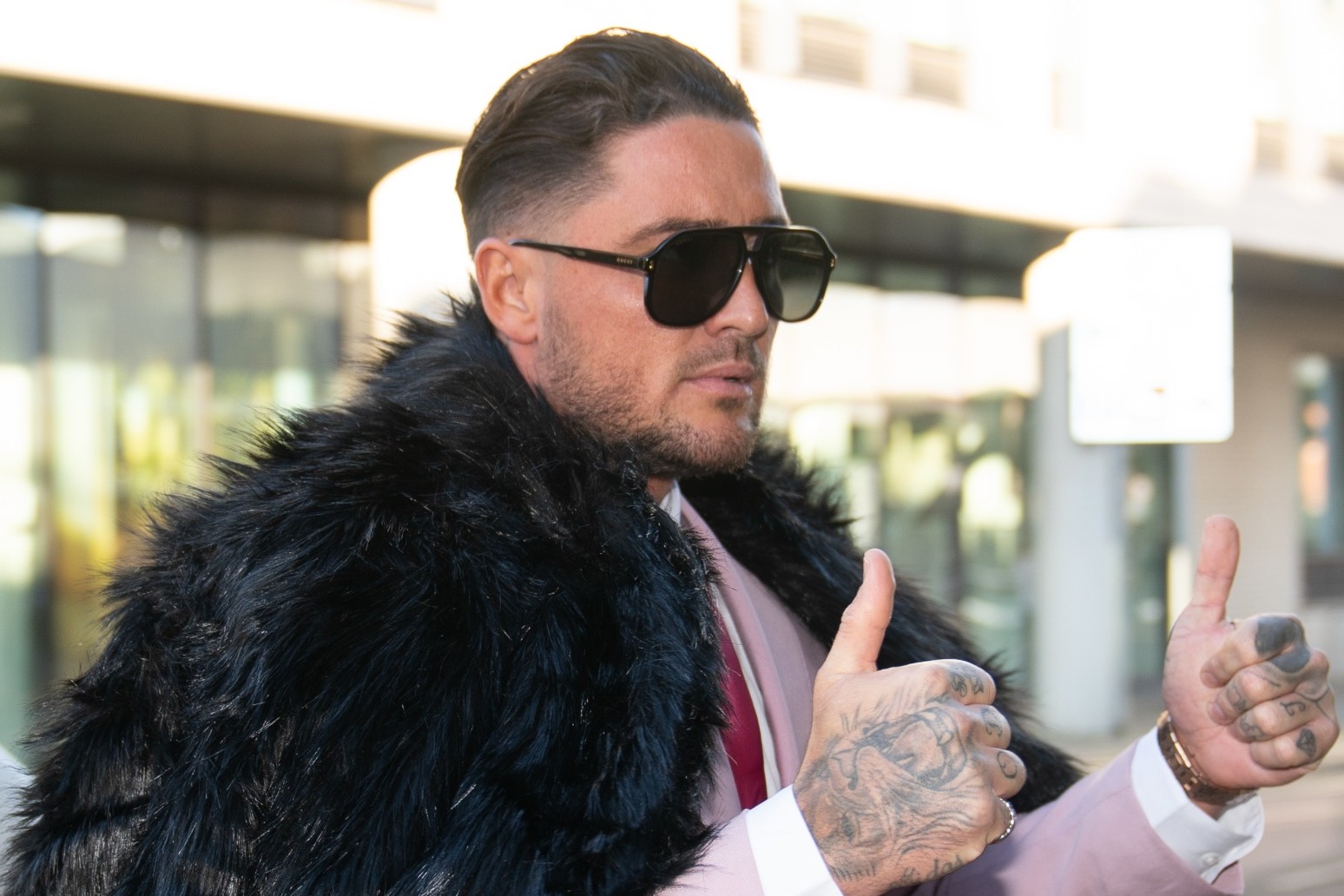 Georgia Harrison, 27, accuses Bear of secretly filming the pair having sex in his garden on August 2 2020 and posting the video on his OnlyFans page without her consent.

She said Bear only told her of the camera an hour into having sex – after which she saw a short clip and asked him not to share it with anyone.

But Bear is accused of sharing the video on WhatsApp before uploading it to OnlyFans, where prosecutor Jacqueline Carey KC said 273 people paid 9.99 US dollars (£8.15) to watch it, in November 2020.

Ms Carey said during the opening of Bear’s trial the OnlyFans account was active from October to December 2020 and had 1,061 subscribers.

The 32-year-old Ex On The Beach contestant denies two counts of voyeurism and two counts of disclosing private sexual photographs and films.

Giving evidence at Chelmsford Crown Court on Wednesday, Ms Harrison, who waived her right to anonymity, said: “After this happened I was in the worst state of my life.

“I can’t explain the shame I felt. I did not want to leave my room. Instead of apologising, he put his subscription price up from £25 to £50.

“If he did it or not, which I believe he did, that is no way to act. It is brazen and he knows what he has done.”

Ms Harrison, who has appeared on The Only Way Is Essex and Love Island, said she consented to having sex with Bear in his garden but did not want him to share the video and told him she would report him to the police if he did.

When asked by Gemma Rose, defending, if she knows Bear uploaded the video himself and if she has seen it with her own eyes, she said: “I knew it originated from him but I did not think he would be monetising it on a verified account. That is so stupid on his part and so evil.

“It was on his account for a month. That is the evidence. I have seen screenshots. I have seen the promotion when he puts me at 50% off.”

Ms Harrison replied: “I am using those words because I am 100% confident that’s what it is. I wanted to make clear to Stephen Bear what would happen if he sent those videos.

“It upset me. It ruined my life. I thought he had respect for me. There was a time when I really did love him and he took me round saying he respected me, he loved me, and at the time I thought he had a promising career on television and he would not do what he did.

“But looking back, I was an absolute idiot.”

Bear, of Bryony Close, Loughton, was arrested coming back from Dubai in January 2021 but his phone was never recovered.

He attended his trial in a black fur coat with a grey suit underneath and pulled up in a rented silver Rolls-Royce.