Stephen Fry backs Extinction Rebellion Something has to be done 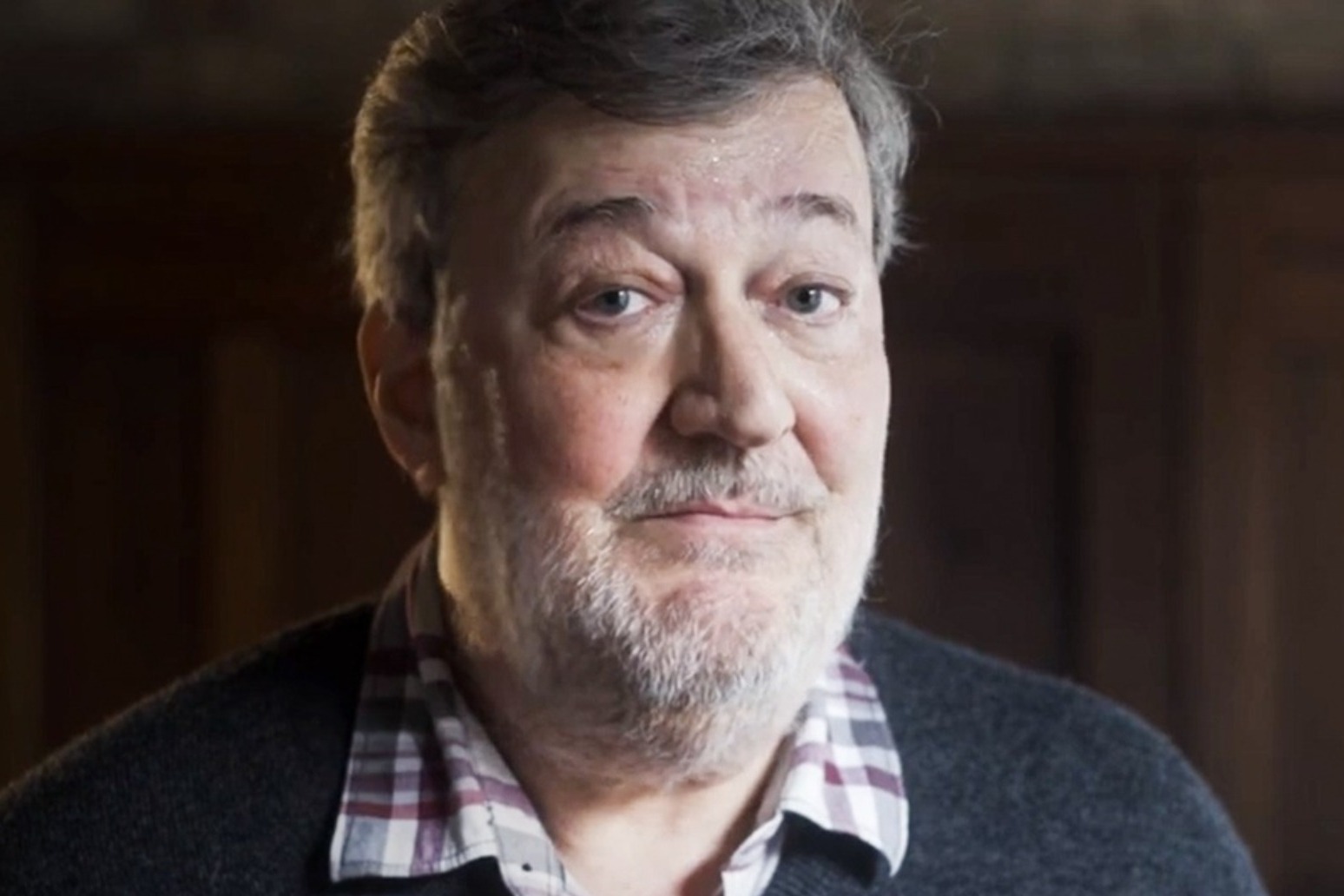 Stephen Fry has called on the British public to back Extinction Rebellion in a new video released by the climate change protest group.

The actor and comedian speaks to the camera and throws his support behind the movement, saying: “reasonable people, I think, understand that something has to be done” about fossil fuels.

The video, posted to YouTube, comes as the group plans its next wave of actions with co-founder Roger Hallam promising “the same if not greater” disruption from Just Stop Oil protesters than was seen in Extinction Rebellion’s 2019 demonstrations.

Fry, 64, is labelled as a “National Treasure” in the seven minute-long video as he shares his view while climate-themed news reports, visuals, and clips from global summits play.

“If you support environmental causes and organisations like Extinction Rebellion, people – especially ones in the public eye – want to cry, ‘Hypocrite, look at him, he’s wearing clothes and he’s pretending to care about the environment,” the star begins.

“But the fact is, reasonable people, I think, understand that something has to be done about fossil fuels – most of all about our insatiable appetite for them.”

Fry goes on to say it is “up to governments” to give up carbon use.

“It’s not good just saying everybody give up carbon use because we can’t – ultimately it’s up to governments,” he says.

“You need to get them to recognise that this is the most serious crisis that humanity has ever faced and that therefore we should plan.

“We should plan in a friendly way, in a way that involves all of humanity.”

Extinction Rebellion’s protests are often disruptive and aim to delay services, such as when hundreds of activists blocked four of London’s busiest bridges on the first day of the Easter bank holiday in April this year.

Mr Hallam, 56, said from October there will be a rotation system in which Just Stop Oil protesters will travel to London to block routes “day after day after day”.

“From October 1 there will be mass civil disobedience in London – assuming, of course, the Government doesn’t stop investing in new oil projects,” he told the PA news agency after making a speech at Glastonbury festival.

Fry acknowledges that while disruption “can ruin the way the world is”, its aim is to obstruct a worse fate for the planet.

“Disruption can be an awful thing. It can ruin the way the world is,” he explains.

“But there’s another form of disruption, which is to stop the world going down the wrong path, to disrupt a destructive journey.

“And that’s what Extinction Rebellion, for example, does.”

He concludes the video by wishing younger viewers “good luck”.

“I don’t suppose that what I’ve said is likely to change the mind of someone who finds Extinction Rebellion maddening,” Fry says.

“But maybe it might just encourage some people who aren’t sure whether or not this is the right direction of travel.

“And I’m an old man whose time has passed. But you are likely statistically to be younger than me so you’ve got more at stake, and you’ve probably got more energy and sense too.

“So bless you and good luck.”