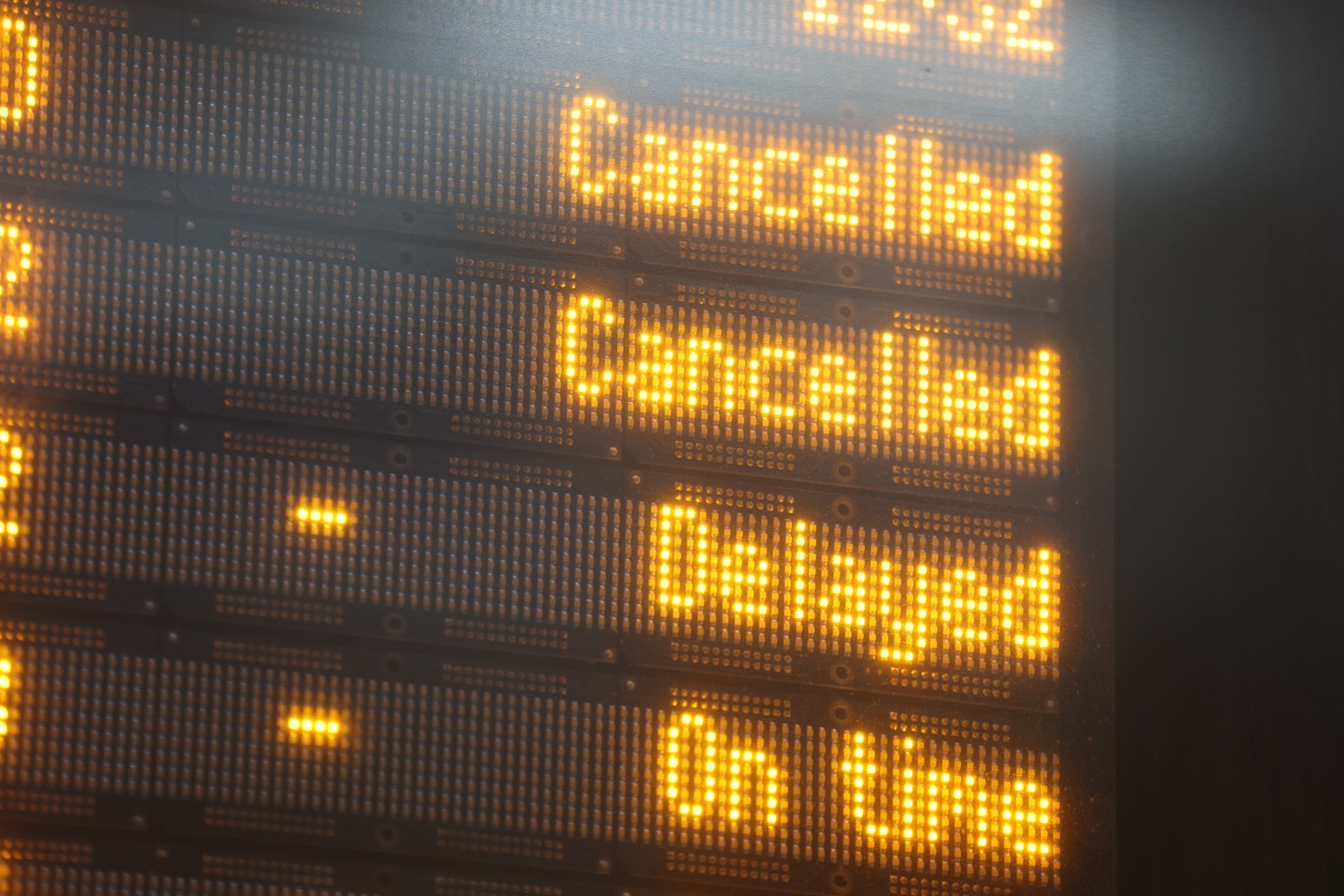 Some parts of the country will have no trains during a strike by the rail unions in the long-running dispute over pay, jobs and conditions, passengers have been warned.

Members of the Rail, Maritime and Transport union (RMT), Aslef, the Transport Salaried Staffs Association and Unite will walk out on Saturday October 1, with further action planned on October 5 and 8.

Network Rail (NR) said only about 11% of services will operate on October 1, and in some parts of the country there will be no trains at all.

Delegates and visitors to the Conservative party conference will be travelling to Birmingham on October 1, while the London Marathon will be held the next day, when train services will also be affected.

With trains starting later and finishing much earlier than usual, passengers were asked to only travel by rail if absolutely necessary.

The October 1 action will be the first time that the RMT and Aslef will strike on the same day, which means only about 11% of services will run, compared with about 20% on previous strike days.

Passengers were told there is likely to be some disruption in the early morning of the day after each of the next three strikes.

“It isn’t fair to ask taxpayers or passengers to fund this so we must fund it ourselves, which is achievable if the unions work with us to modernise and run the railway more efficiently.

“Our latest offer, an 8% pay rise over two years with other benefits, is affordable from within our own budget, but the RMT refuses to allow its members to vote on it.

“The decision by unions to strike again serves only to prolong disruption for passengers, undermine the railway’s recovery from the pandemic and ensure railway staff forgo even more of their pay unnecessarily.

“Our efforts to avert this disruption have unfortunately been in vain, so we’re asking passengers to only travel if absolutely necessary on strike days.

“Those who must travel should expect disruption and make sure they check when their last train will depart.”

“It is particularly disheartening that next weekend’s strike will hit the plans of thousands of runners who have trained for months to take part in the iconic London Marathon.

“That will also punish the many charities, large and small, who depend on sponsorship money raised by such events to support the most vulnerable in our community.

“While we have done all we can to keep some services running, passengers should only travel by rail if absolutely necessary.”

The TSSA earlier announced that thousands of its members in Network Rail and a number of train operators will walk out on October 1.

The announcement was made soon after the Chancellor, Kwasi Kwarteng, told MPs the Government is planning action to stop “militant” trade unions closing down the transport system.

TSSA members involved in the action include staff working in ticket offices, stations, control rooms, and other support roles.

The TSSA is seeking a guarantee of no compulsory redundancies, a pay rise which meets the cost-of-living crisis and no unagreed changes to terms and conditions.

General secretary Manuel Cortes said: “We do not take this action lightly. We would much rather find a fair negotiated solution to this now long-running dispute, but we simply have no choice.

“A huge number of rail workers in our union, many of whom are longstanding members, had never been directly involved in an industrial dispute before this year.

“Across our railways, our members recently stepped up to the plate yet again and went above and beyond to meet unprecedented demand during the period of public mourning to provide additional services and keep the public safe, much like they did during the pandemic.

“They prove their worth time and time again and yet they are still undervalued.

“We can only hope the new secretary of state for transport can see sense where her predecessor could not.

“She has the power to mandate a fair pay rise, reasonable terms and conditions and end this dispute.

“It is time for train operators to meet us round the table and reach fair solutions.”

Unite said on Friday that its members employed in Network Rail’s electric control rooms will strike on October 1, 5 and 8.

General secretary Sharon Graham said: “Our members at Network Rail play a crucial and demanding role in maintaining the electrical supply to the rail network.

“To be faced with a three-year pay freeze during the worst cost-of-living crisis in decades is disgraceful.”