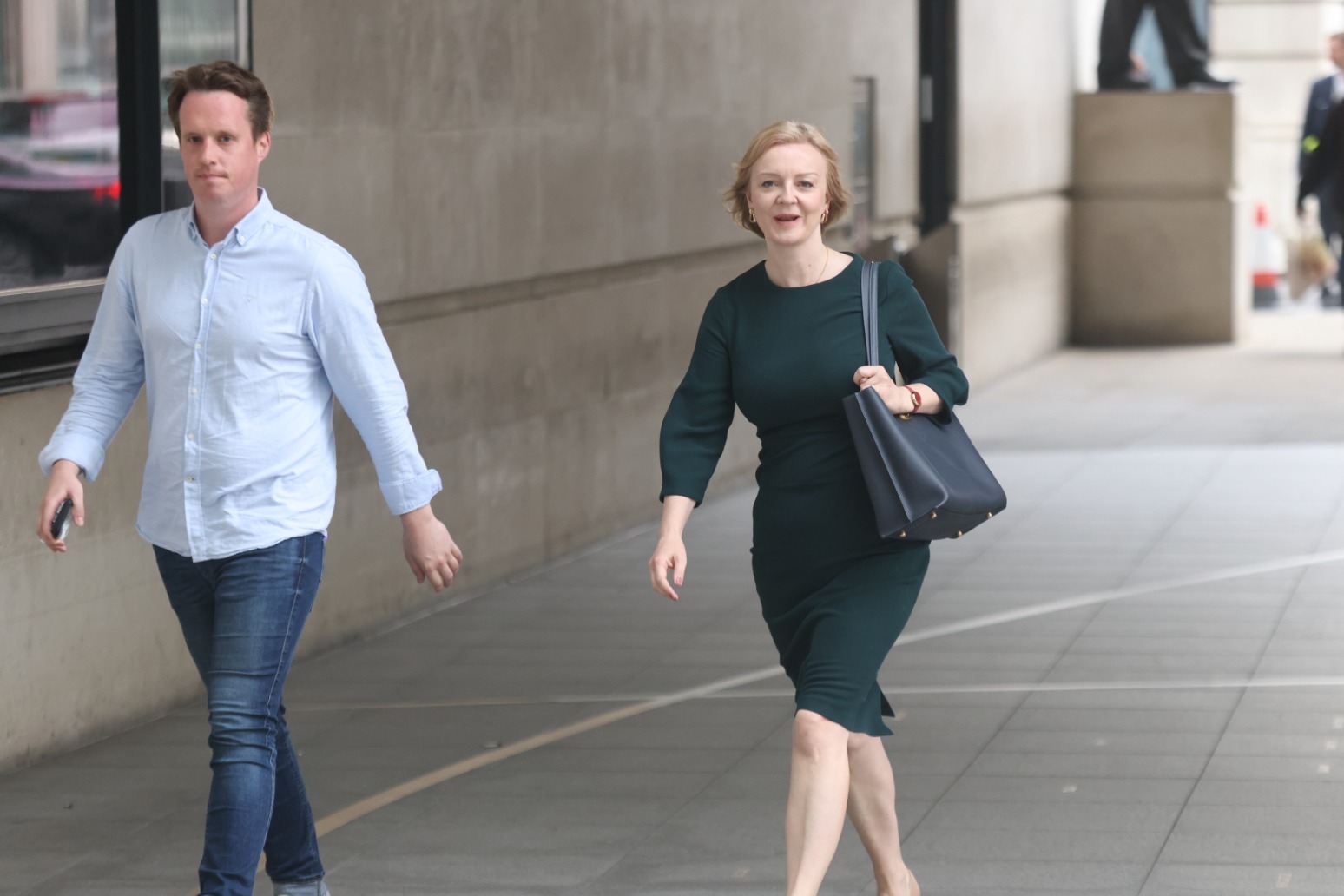 Scotland’s First Minister has said Liz Truss will be a “disaster” as prime minister if she governs how she has campaigned, but she hopes for a “constructive” relationship with her.

Ms Truss is the frontrunner to become prime minister on Monday, and will take up the office on Tuesday if she beats former chancellor Rishi Sunak in the Tory leadership contest.

The Foreign Secretary and Nicola Sturgeon have traded barbs throughout the leadership contest, but the First Minster said she wants to have a good relationship with the next occupant of Number 10.

Ms Sturgeon told Sophy Ridge on Sunday: “It’s obviously the case that Liz Truss and I don’t agree on very much politically, but I’m a firm believer in giving anybody who’s coming into the office of prime minister a chance to prove themselves, and I will certainly do my best to build a constructive working relationship with her.”

But she added: “If she governs how she has campaigned over the summer, she will be a disaster – not just for Scotland but for all of the UK – but let’s hope that’s not the case, because this is a very serious time for the UK and it needs very serious and very purposeful leadership.”

When asked to expand on her view of Ms Truss’s campaign, Ms Sturgeon accused her of campaigning on the “niche priorities” of Tory members, such as tax cuts.

“The obsessions of a tiny, tiny number of Conservative Party members are not the right priorities for the country,” she said.

“It won’t take very long to see whether she is going to govern as a prime minister with a focus on the real priorities of the country or not – I think that will become very obvious and evident perhaps within the first 24 to 48 hours of her premiership.

“Let’s hope she chooses the responsible course and stops pandering to the margins in the Conservative Party.”

Ms Sturgeon also said she is “profoundly concerned” that changes made during an emergency UK Budget could impact spending in Scotland.

“Right now, we’re working within budgets that are effectively fixed and finite, they are not rising in line with inflation, but the inflationary pressures are bearing down on our budget as they are with the household budgets of families across the country,” the First Minister said.