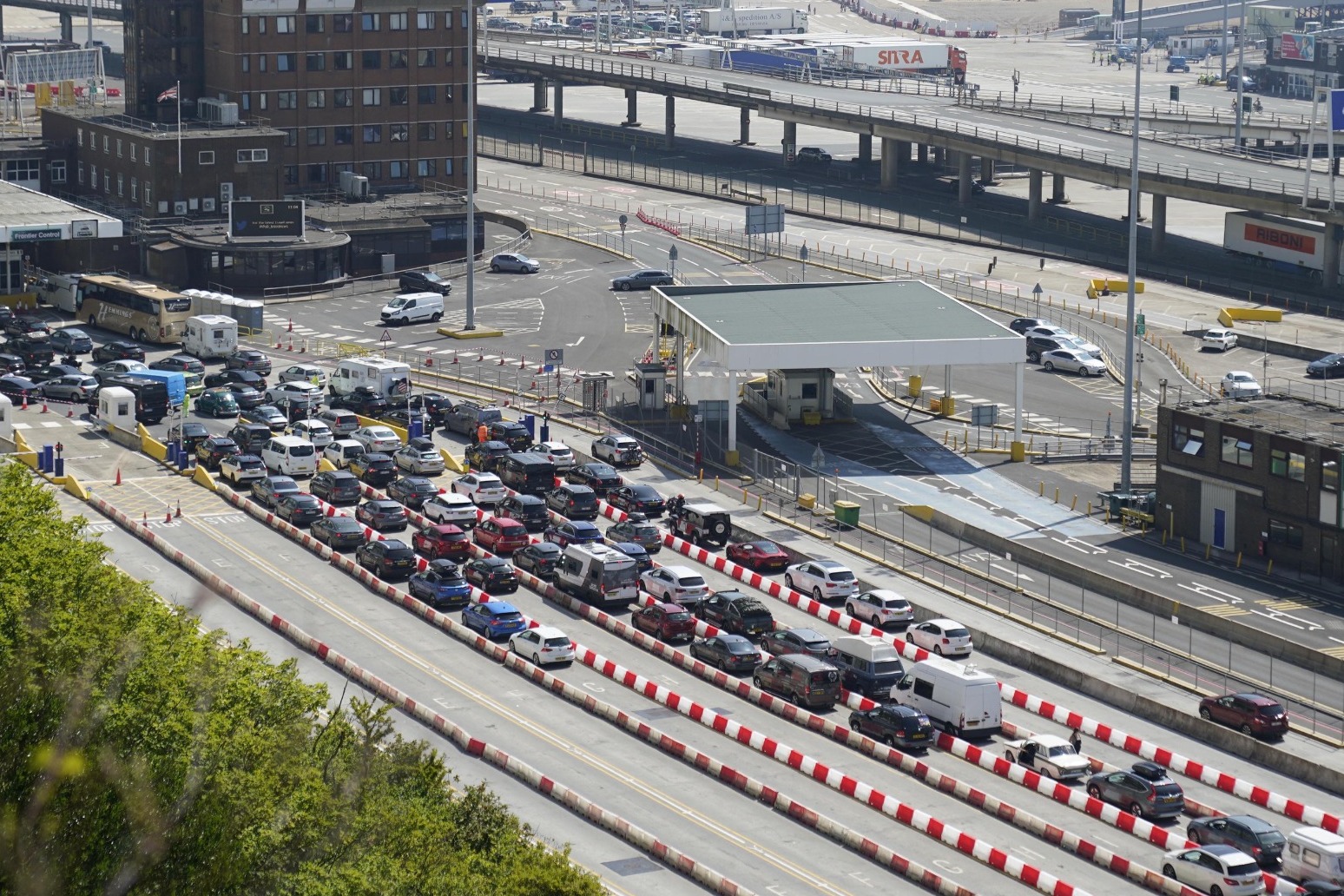 Holidaymakers have been warned they could face a summer with repeated weekend travel disruption after lengthy queues in Kent were finally reduced on Sunday following days of gridlocked roads.

Chaotic scenes of bumper-to-bumper traffic stretching for miles marred the beginning of the getaway as schools broke up for the holidays.

While disruption at Dover had cleared by Sunday morning, the AA branded Folkestone the new “hotspot of holiday hell” as people faced lengthy delays on approach to the Eurotunnel.

The motoring organisation said long waits at Folkestone had “fallen considerably” by late afternoon but raised concerns that such congestion could be repeated this summer.

Jack Cousens, head of roads policy for the AA, said: “This has been an incredible weekend of traffic jams into Dover and Folkestone, and holidaymakers will have been frustrated and angry at the delays.

“Good progress has been made throughout the day and those waiting for more than five hours before reaching the check-in desk has fallen considerably. We hope that by tonight we should be back to usual traffic levels.

“However, we are concerned that we could be in for a repeat of this congestion across the summer.

“Drivers due to use both Dover and Folkestone to head into Europe on Fridays, Saturdays and Sunday mornings between now and the reopening of schools may see a repetition of these delays across the summer.”

The Port of Dover has said the fact it was able to clear traffic this weekend demonstrates that its “summer plan will work for the rest of the holiday period” – but the AA said “significant progress” would be needed to help reduce congestion in the weeks ahead.

With the M20 coastbound closed to non-freight traffic as part of Operation Brock to manage traffic, National Highways warned on Sunday of “severe delays” in Kent for people heading towards Dover or Eurotunnel.

One man, who was travelling with his wife and two children on Sunday by Eurotunnel, said it was a “stressful” experience being stuck for eight hours in the car before boarding a train.

The man, who gave his name only as Eugene, told the PA news agency that while travelling to France by car suits his family, he would rethink it if every journey was likely to involve such major delays.

The 53-year-old said: “Have made this journey a number of times pre-pandemic and pre-Brexit. No such issues apart from occasional minor delay. A shame that this has occurred.”

Queues at the Port of Dover were reduced to around an hour on Sunday, with relatively empty lanes standing in stark contrast to the logjams of the previous two days.

A spokesman for the port said the French border was “fully manned and everything is flowing normally” on Sunday morning.

Extra post-Brexit border checks and French authorities’ understaffing of checkpoints in Dover have been blamed for the hold-ups.

Port authorities said work undertaken by them and their partners, “including strong support from French border colleagues”, to clear traffic this weekend demonstrates that the Port of Dover’s “summer plan will work for the rest of the holiday period”.

About 72,000 passengers – more than 200 miles of tourist and freight traffic combined – had been processed across the weekend up until Sunday morning.

Port chief executive Doug Bannister thanked travellers and Dover residents for their understanding during what he described as a “challenging period”, and said he was “incredibly grateful to everyone who has turned this situation around, from the French and UK authorities to our ferry operators, Kent partners and our own port staff”.

Mark Simmonds, director of policy and external affairs at the British Ports Association, said he was glad to hear the situation at Dover had improved.

He told BBC Breakfast: “We’re told that the port expects those booths to be fully staffed throughout the summer.”

Passengers embarking on cross-Channel sailings from Dover must pass through French border checks before they can board a ferry.

Elsewhere on the roads, the AA said traffic appeared to be flowing well on Sunday “bar some isolated pockets of congestion”.