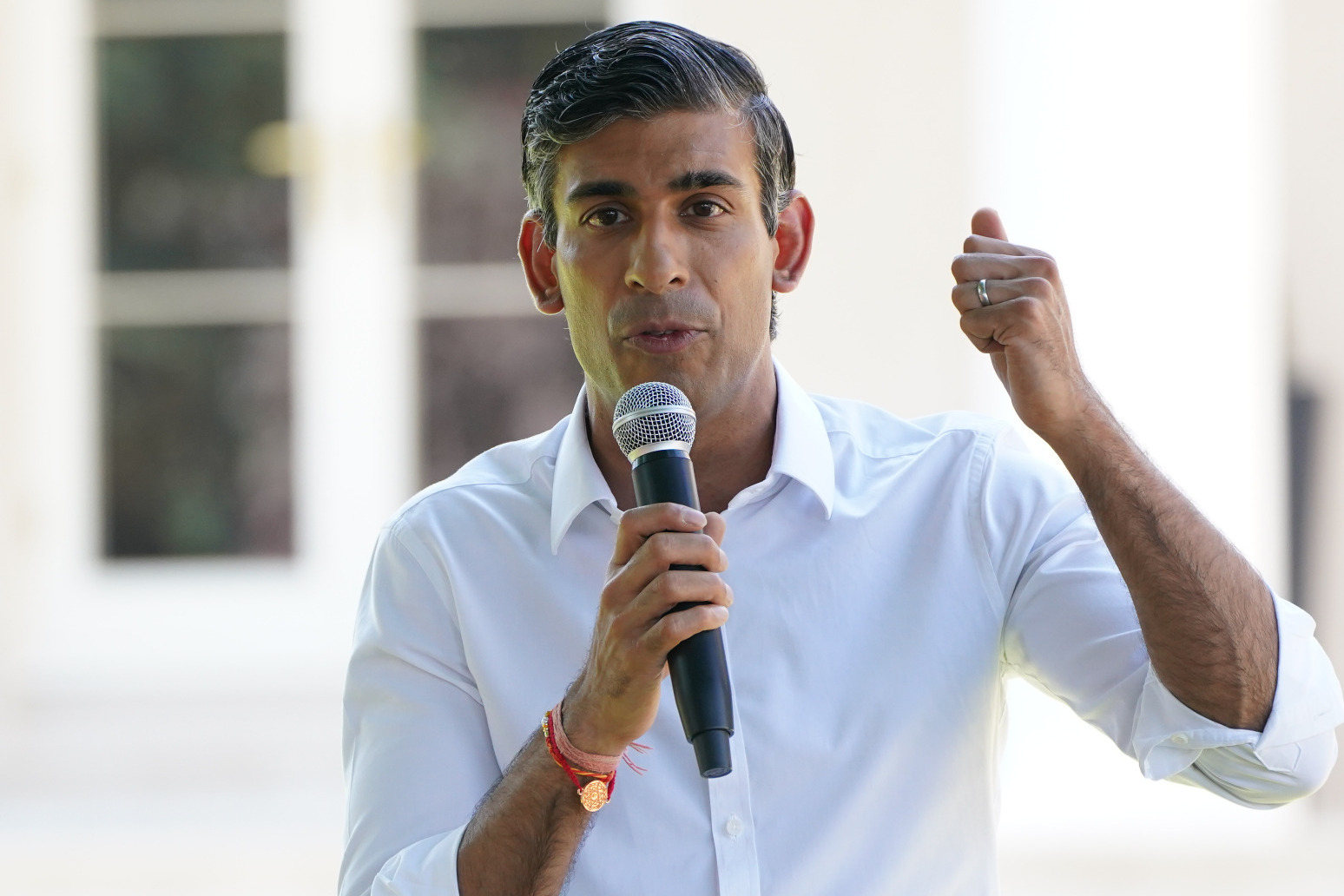 Rishi Sunak has committed to cutting Civil Service jobs as part of a “shake up” of the “bloated post-Covid state” that would also require senior civil servants to spend a year working outside of Whitehall if they want promotion.

The Sunak campaign said the plans for the Civil Service include cutting the “back office” headcount, changing pay rewards from being based on longevity to performance, bringing back a version of the suspended fast-stream graduate recruitment programme, and championing the use of apprenticeships.

The Tory leadership hopeful and former chancellor said the “bloated post-Covid state is in need of a shake-up” and committed to reforms to create a “leaner” and “truly Rolls Royce service”.

The FDA union, which represents senior civil servants, described the proposal as “ill-thought out rhetoric that doesn’t survive the first hour of scrutiny”.

When Mr Sunak was still in post as chancellor, the Government said it intended to reduce the size of the Civil Service by around 90,000, in order to return it to 2016 staffing levels.

But the Sunak campaign has not committed to a figure for changes to the total headcount.

As part of its plans, the Sunak campaign also said it would “tackle Civil Service groupthink” and deepen understanding of business by ensuring all senior civil servants spend at least a year of their career on secondments or external placements outside of Whitehall or in industry before they can receive further promotion.

And more senior civil servants would be required to spend time outside of London under the plans, the Sunak campaign said.

Mr Sunak said: “As chancellor I saw parts of the British Civil Service at its best, delivering world-class Covid support schemes in record time. But the bloated post-Covid state is in need of a shake-up so I will create a sharper, leaner civil service.

“I’ll press ahead with cuts to back office Civil Service headcount, recruiting and retaining the brightest and best.

“I’ll strengthen civil servants’ experience beyond Whitehall, allow ministers to bring in more external expertise, and bring in performance pay so we have a truly Rolls Royce service delivering for and accountable to the British people.”

Also included are plans to reduce the number of staff moving from department to department, an aim to ensure civil servants come from across the country and work from more areas outside of London, only paying “generous” performance management payments when objectives are met, and a demand for greater savings from quangos, according to the Sunak campaign.

“With Brexit still a work in progress, huge backlogs in public services from the pandemic, a new war on mainland Europe, a cost-of-living crisis, and now a looming recession, the country needs a prime minister who can equip the civil service with the resources and skills it needs to meet the challenges ahead, not ill-thought out rhetoric that doesn’t survive the first hour of scrutiny.”

Among his critiques, Mr Penman argued that pay has not been linked to longevity for nearly two decades.

Mr Sunak’s leadership rival Liz Truss has already promised a “war on Whitehall waste”, but she abandoned plans to cut £8.8 billion from public sector pay outside of London after a backlash.

The Foreign Secretary said the proposal had been “misrepresented”, but nevertheless said she would not go ahead with regional pay boards.