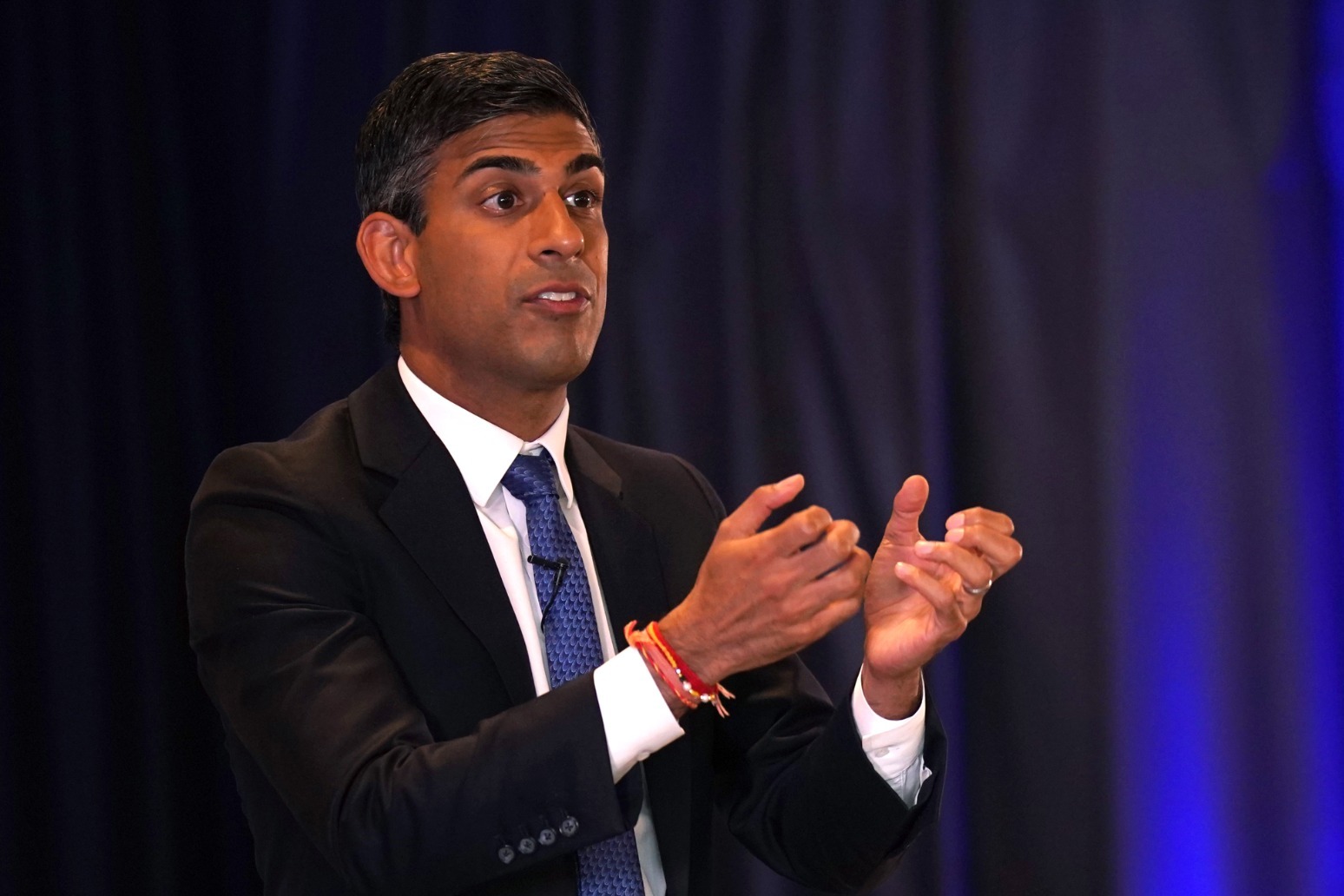 The Green Alliance’s intervention comes after Mr Sunak and his opponent in the race to be the next prime minister, Liz Truss, both made commitments to stop solar panels being sited on farmland.

Dustin Benton, policy director at the think tank, said: “Solar energy isn’t standing in the way of food production in the UK.

“Instead, solar panels generate cheap, clean energy that doesn’t depend on Russia, and provide income to farmers too.

“A much better way of feeding people would be to stop using food crops to fuel cars. Biofuels for cars are a zombie policy.

“It’s now cheaper to decarbonise transport by getting more electric vehicles on the roads and freeing up land we’ve used for biofuels for food production instead.”

The think tank added that land used for solar farms could be used to grow crops at the same time.

Writing in The Telegraph ahead of a Tory leadership hustings with the National Farmers’ Union in Warwickshire, Mr Sunak repeated his pledge not to “lose swathes of our best farmland to solar farms”.

His rival Ms Truss has previously described solar farms as “paraphernalia”, as she emphasised the importance of using productive arable land for growing crops.