Taoiseach accuses Sinn Fein of trying to close down debate 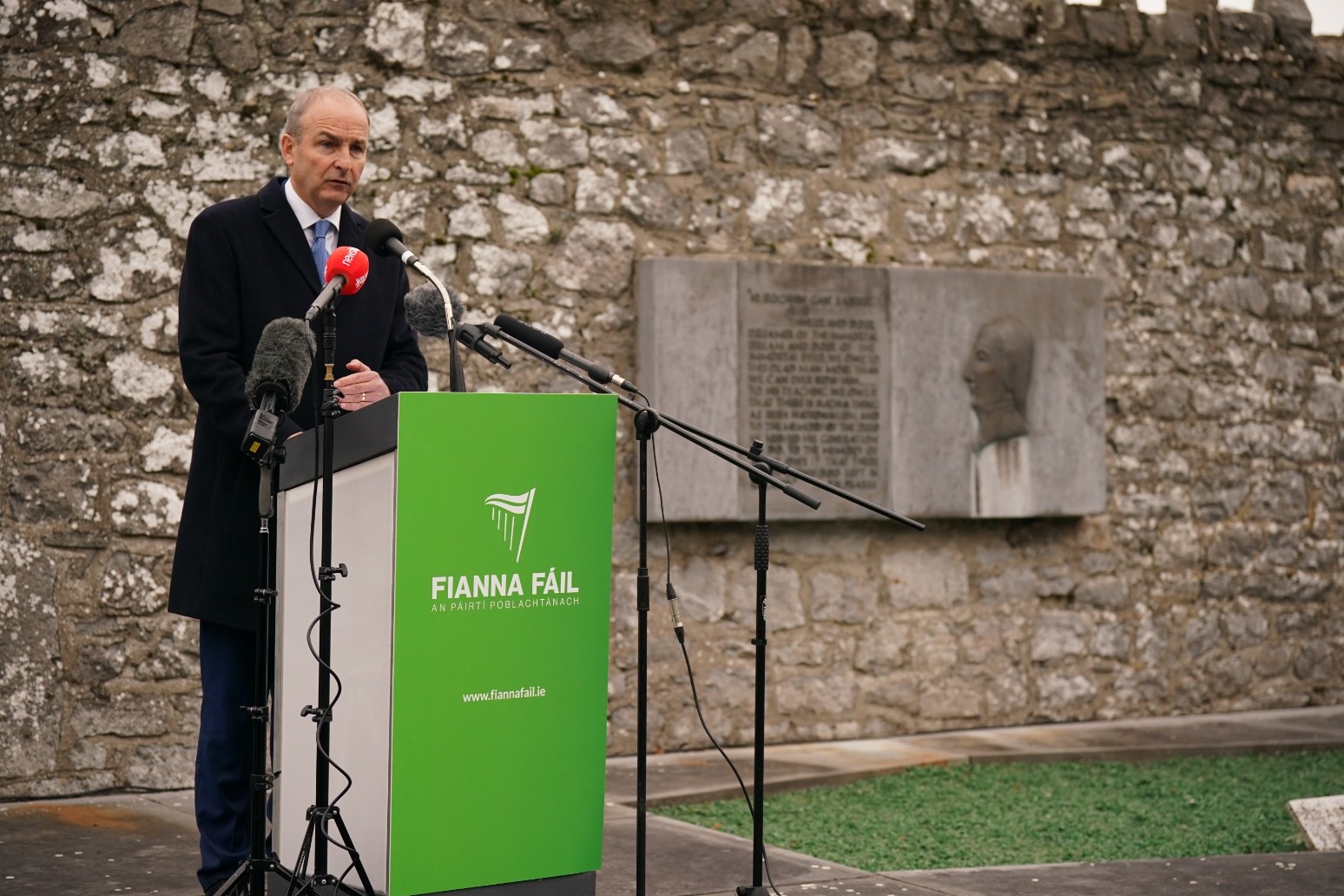 Taoiseach Micheal Martin has launched an attack on Sinn Fein, accusing his political opponents of trying to shut down debate and avoid accountability.

Mr Martin said Sinn Fein had “built its entire existence on honouring a campaign of violence but now attacks and sues anyone who claims that they supported particular actions within that campaign”.

In response, a Sinn Fein spokesperson described it as “bizarre, fantasy attack” and said the Taoiseach would be better off spending his final weeks in office dealing with the cost-of living crisis.

Mr Martin was speaking as he addressed his party’s annual commemoration of Wolfe Tone in Co Kildare.

Referring to Sinn Fein, he said: “Anyone who sincerely believes in a republican vision for our country should be appalled by the growing attempt to intimidate and shut down debate by one party which refuses to accept the basic accountability accepted by everyone else.

“There is something deeply wrong with a party which has built its entire existence on honouring a campaign of violence but now attacks and sues anyone who claims that they supported particular actions within that campaign.”

The Taoiseach also accused Sinn Fein of “aggressive management” of the media.

“This is many things – but democratic republicanism is not one of them.”

A Sinn Fein spokesperson responded: “Instead of bizarre, fantasy attacks, the Taoiseach would be better off focusing his attention on the spiralling cost of living crisis, a housing crisis that is worsening by the day, chronic health waiting lists, and the climate emergency.

“That would be a better use of his remaining weeks in office.”

During his address in Kildare, the Taoiseach also said opportunities to tackle sectarianism and disadvantage have not been taken since the signing of the Good Friday Agreement in 1998.

Mr Martin said a key objective of the negotiations which led to the Good Friday Agreement was “to remove the causes of conflict, to overcome the legacy of history, and to heal the divisions which have resulted”.

He said: “The sad reality is that nearly a quarter of a century later, far too little has been done.

“Too much time has been wasted.

“Too few have been willing to undertake the basic work of questioning themselves and finding ways to build a shared respect across historic barriers.

“Opportunities to tackle disadvantage and to tackle sectarianism have not been taken, and remain unfulfilled.

“There has been a lot of talk about unity and reconciliation but very little work done to actually build the bridges which make it happen.

“One of the great failings of the last 25 years is that very little work was done about doing the hard work of studying the differences, similarities and opportunities in practical but fundamental areas.

“There’s been no shortage of people willing to make grand claims about services, but it is remarkable how little has been done to actually quantify what the current situation is on both sides of the border.

“That’s why we are already publishing the most detailed ever research on health services, trade, childcare, education and other vital areas between north and south.

“To give a very practical example, research on education is showing huge disparities in early school leaving as well as differences in access and approaches to supporting both achievement and inclusion.

The Taoiseach went on to say the Irish people remain among the strongest supporters of Ukraine.

He added: “I am proud of how the Irish people have said with such loud clarity that we support Ukraine, that we support their European future, and that Russia must be held to account for a conflict which it alone is responsible for.

“The welcome which has been given to people fleeing this terrible conflict is a moment which we should always be proud of, even though it does create many pressures on key resources.”