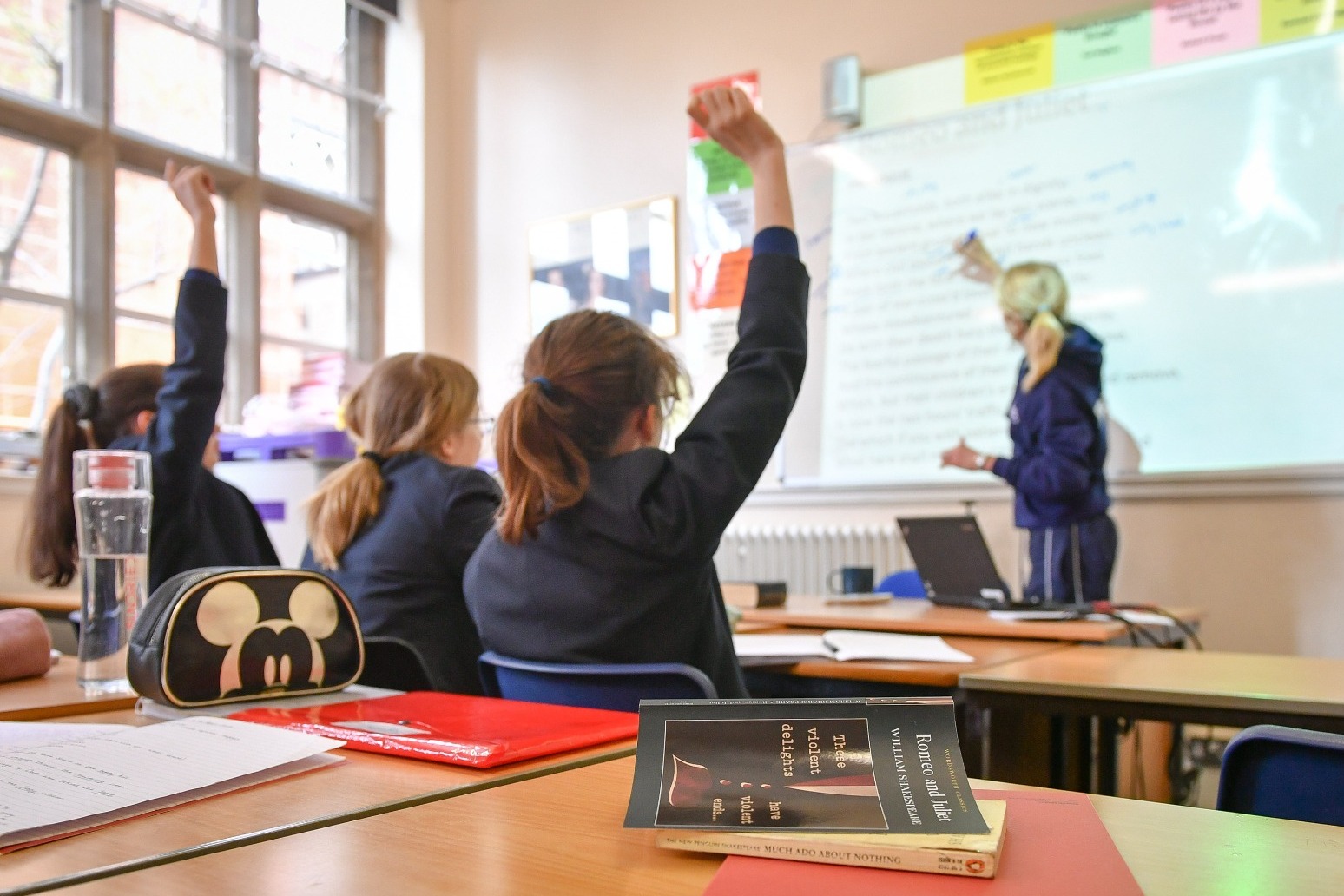 Teachers’ leaders have said Government plans to give most teachers a pay rise of 5% do not “come close” to what is needed.

On Friday, The Telegraph reported that education secretary Nadhim Zahawi is planning to give early career teachers a rise of 9% in the first five years’ of their career, as part of plans to raise starting salaries to £30,000.

Mr Zahawi is also planning a pay rise of 5% for the remaining 380,000 teachers across the UK to avoid the risk of strike action, rather than 3% as originally planned.

He has written to chancellor Rishi Sunak to propose the increase.

The Department for Education’s submission to the School Teachers’ Review Body had suggested that more experienced teachers receive pay rises of between 2 and 3%, which unions have said is too low given rising inflation rates.

Both the NASUWT and NEU teaching unions, which have threatened strikes in autumn over pay, have said that the proposed increase of 5% for more experienced staff is too low.

The NEU has previously written to Mr Zahawi calling for “inflation-plus” pay rises.

“We have to tell you that failing sufficient action by you, in the autumn term, we will consult our members on their willingness to take industrial action. And we will be strongly encouraging them to vote yes,” the letter said.

NASUWT has said it will hold a national strike ballot if the Government fails to “deliver pay restoration for teachers”.

Mary Bousted, joint general secretary of the NEU teaching union, said that she would await the Government’s formal response to the STRB at the end of the month but that 5% for more experienced staff was “unacceptable”.

“9% for beginner teachers does not really shift the dial on the Government’s plan to reach a £30,000 starter salary within two years. In that time, however, teachers will have experienced the intense and excessive workload which leads to almost a third quitting within five years of qualifying,” she said.

She added that more experienced teachers had been “subjected to poor pay deal after poor pay deal for many years, and for them a 5% deal would be unacceptable”.

“It is well below the current RPI inflation of 11.7%. What we need to see is an inflation-plus pay increase for all teachers.

“Teacher pay has fallen by a fifth in real terms since 2010. Combine this with the high workload – and amongst the highest unpaid working hours – and it is no wonder there is a major problem with recruitment and retention,” she said.

“With training numbers through the floor, this has profound consequences for our education system. Add to this schools struggling to make ends meet through periods of underfunding, additional Covid security, and now the cost-of-living crisis.”

And Patrick Roach, general secretary of NASUWT, said the plans “did not come close” to what was needed.

Dr Roach said it was “extraordinary” that the Government had chosen to delay publication of the pay review body report and that ministers had refused to “engage in dialogue directly with the profession”.

“The deepening cost of living crisis together with 12 years of real-terms cuts to teachers’ pay require a genuine commitment to pay restoration for teachers starting in September,” he said.

“A typical classroom teacher is today £40,000 worse off than they would have been had their pay kept pace with inflation over the last decade.

“Talk of a pay award of 5% for the vast majority of teachers doesn’t come close to what is needed.”

Geoff Barton, general secretary of the Association of School and College Leaders, said that ASCL was “not entirely sure what is new about this” given that the DfE submission to the STRB in March proposed a two-year pay award of 8.9% and then 7.1% to teacher starting salaries as part of the commitment to raise them to £30,000.

“The trouble is that it also proposed lower pay awards for other pay points tapering down to 3% and then 2% for teachers on the upper pay scale and for leaders – which is significantly below inflation and represents another effective pay cut,” he added.

“This is on top of pay erosion since 2010 which has seen the real value of salaries fall by a fifth and is one of the main drivers of a teacher shortage crisis that is hitting our schools.

“We are seeking an across-the-board pay award which matches inflation and which also begins to address this long-term attack on teacher pay. We simply must have enough teachers to put in front of classes.”

Paul Whiteman, general secretary of school leaders’ union NAHT, said: “It is now very clear that the Government’s original proposal to the pay body is untenable.

“School leaders and teachers alike have experienced a decade of real-terms pay cuts and the effects of this are being further exacerbated by spiralling inflation. Urgent action is required to ensure that teacher and leaders’ pay is not further eroded.

“We will be examining carefully what the pay review body says. To avert a major recruitment and retention crisis in leadership, Government must act to protect salaries from rising inflation.”

The Schools Week website has reported that there are not enough supply agency teachers to cover gaps if teachers go on strike.