by TKO News
in Uncategorised
0 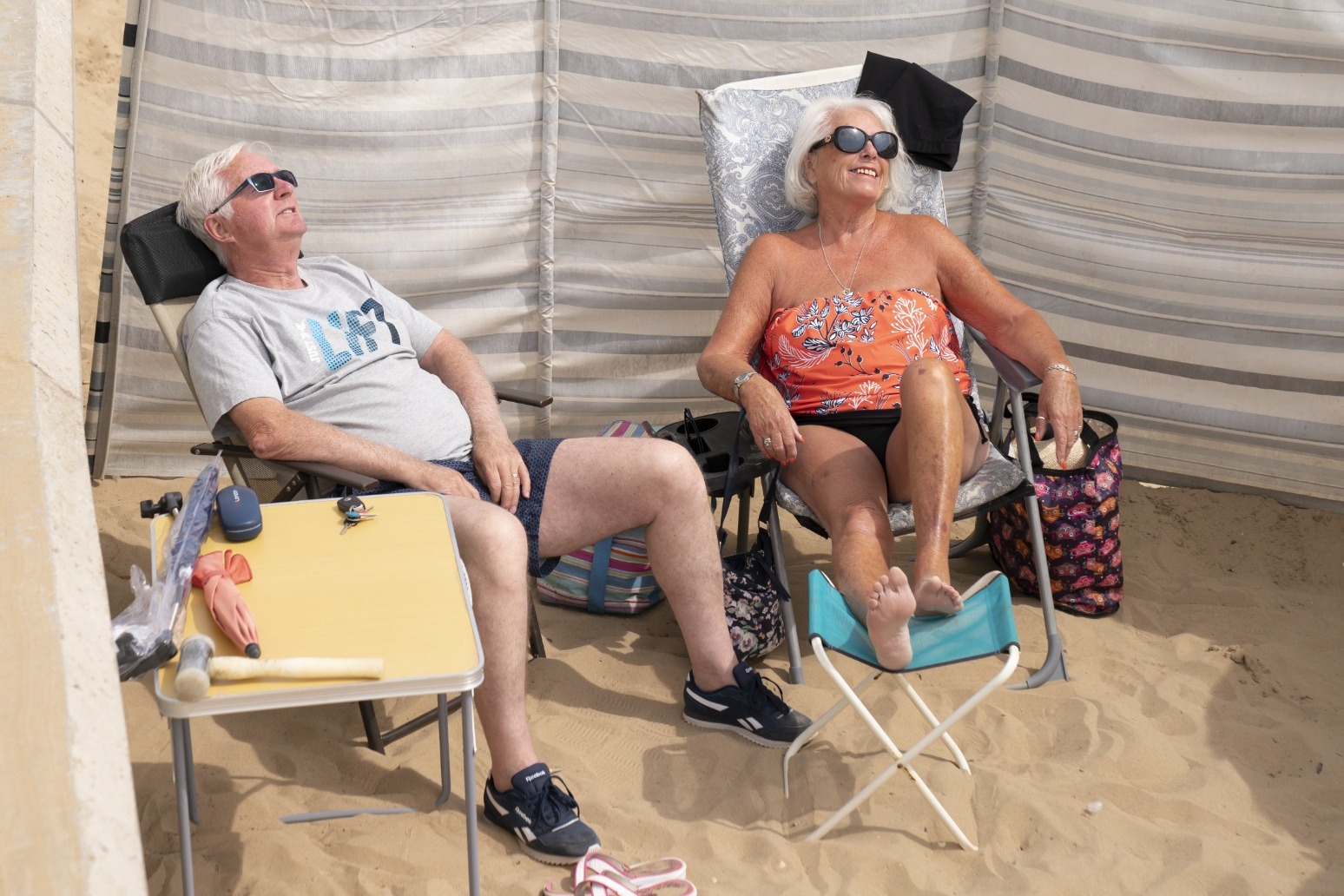 Britain is currently hotter than parts of Jamaica and the Maldives

The hottest day of the year so far has seen the country basking in sizzling temperatures of more than 29C (84.2F).

A sweltering 34C (93.2F) is expected in London and potentially some spots in East Anglia on Friday, according to the Met Office.

Away from the capital and the South East, 27-30C is expected across most of England and Wales, meaning the country will be hotter than parts of Jamaica and the Maldives.

However, experts – some of whom attribute the heat to climate change – have warned people of the dangers surrounding the hot weather.

Dr Radhika Khosla, of the University of Oxford, said: “The health implications of rising temperatures in the UK are serious.

“Important physiological changes occur in response to high temperatures including changes in our circulatory, nervous and respiratory systems.

“When these adaptive measures are not enough, the risk of cardiopulmonary and cardiovascular problems increases among older adults, young children, people with chronic conditions, athletes and outdoor workers.

The UK Health Security Agency (UKHSA) and the Met Office have issued a Level 3 Heat-Health alert for London, the East of England and the South East.

This alert follows the Level 2 alert issued on Tuesday and confirms that the Met Office’s threshold temperatures for an alert will be reached in three regions from Friday.

A Level 2 alert remains in place for the East Midlands and South West.

Dr Vikki Thompson, climate scientist at the University of Bristol Cabot Institute for the Environment, said: “Heatwaves are one of the most deadly natural hazards, in the UK 3,000 deaths were linked to heatwaves in 2021.

“The health issues related to heat include direct effects, such as heat stroke and cardiovascular failure, and indirect effects including poorer mental health and an increase in accidents such as car crashes and drownings.”

Dr Mark McCarthy, head of the Met Office National Climate Information Centre, said: “Reaching 34C during June is a rare, but not unprecedented, event in the historical climate records for the UK.

“But if it should happen this week it would be notable that it would have occurred on three days during the last six Junes.”

Prof Hannah Cloke, of the University of Reading, said: “Despite the official warnings, some people still underestimate the effects of heat and don’t change their plans to take it into account.

“We need to consider how people react to the current warnings, and continue to improve them. A warning system that people ignore is next to useless.

“Thousands of people already die due to excess heat in the UK, and climate change will only make heatwaves more frequent and more extreme in the future. Let’s not wait for people to die before we take heatwaves seriously.”

Britain’s highest recorded June UK temperature was 35.6C at Southampton Mayflower Park in June 1976 – and forecasters do not expect that high to be surpassed this week.