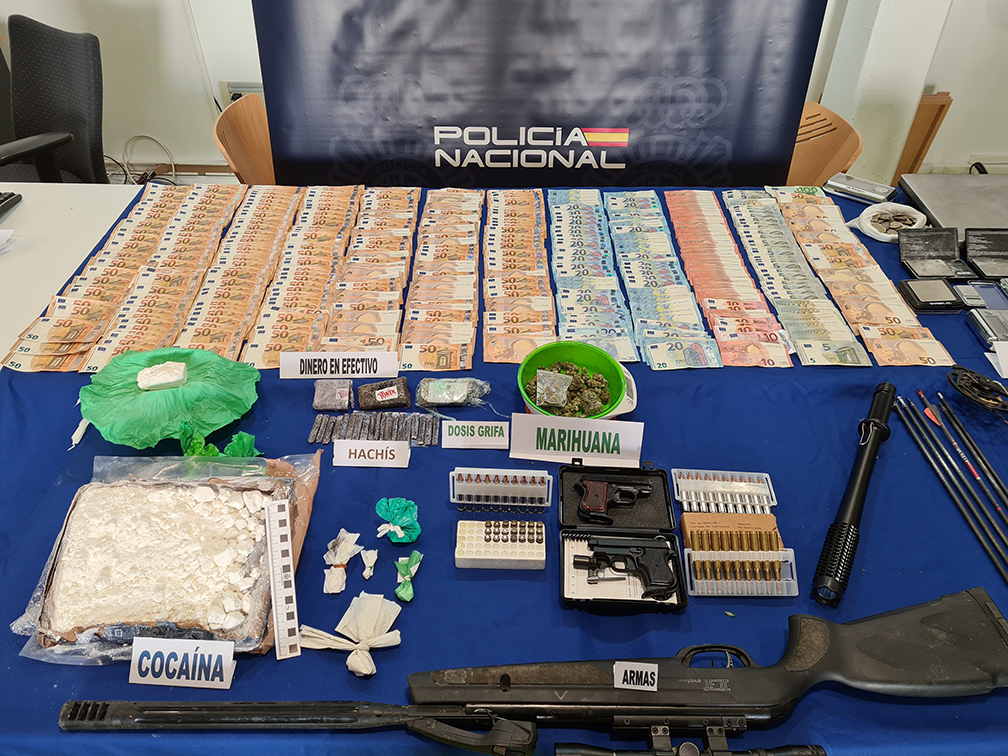 Policia Nacional have arrested ten people and seized a large sum of cash and weapons after smashing a drugs gang in Albacete.

The gang are understood to be distributors of cocaine and marijuana in the city of Albacete and the surrounding region. The gang is also understood to have operated with other gangs in Murcia and Alicante.

Investigations began last summer, after an individual who was previously arrested in 2014 came to the attention of officers again.

During the raids, trucks with false bottoms, firearms, ammunition, offensive weapons and a large amount of cash – as well as nearly 150 kg of marijuana and a kilo of cocaine were discovered.