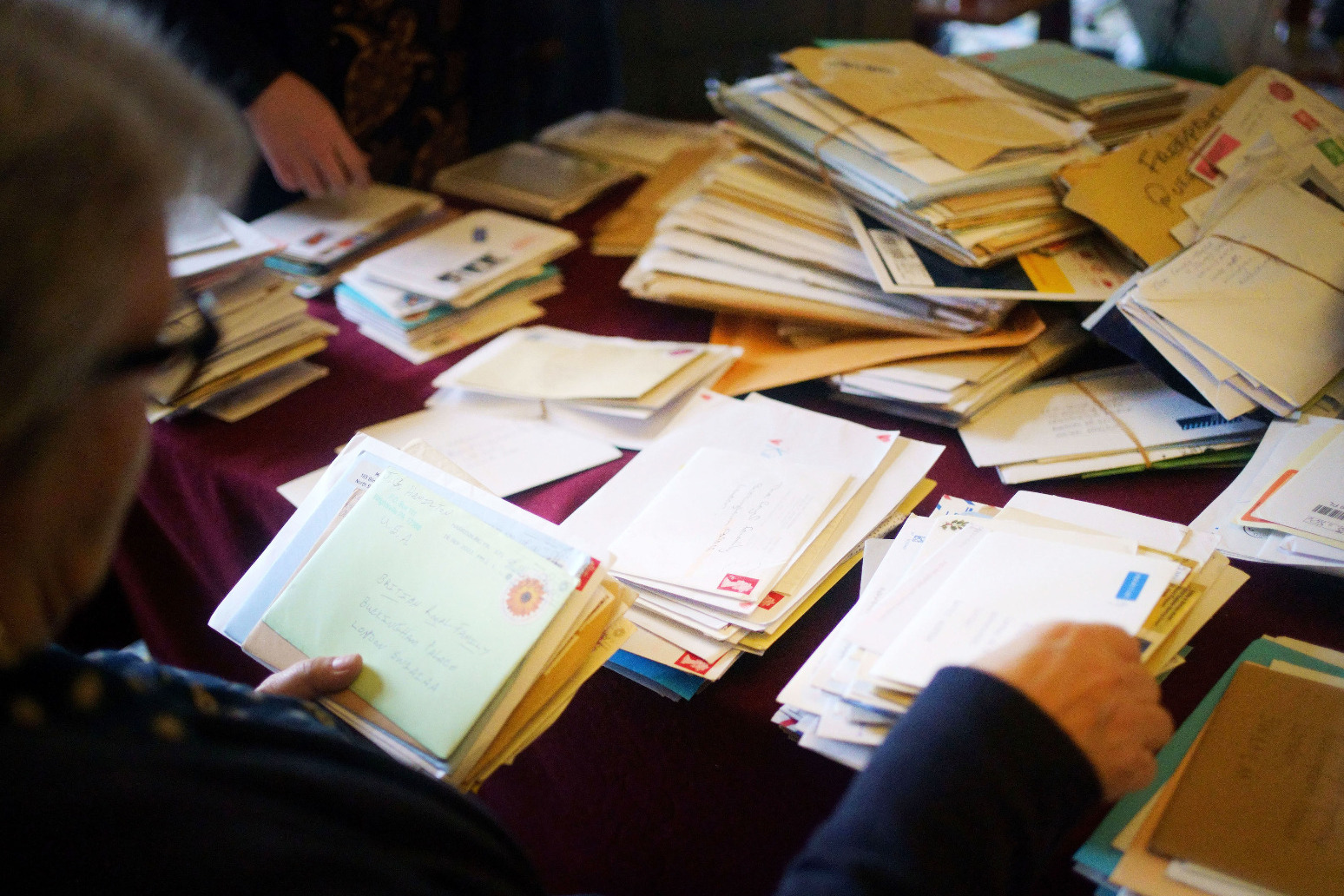 The day after the Queen’s funeral, the daily amount of correspondence peaked at 6,500

More than 50,000 letters and messages expressing the public’s condolences following the Queen’s death and funeral have flooded into Buckingham Palace.

The royal family have received sack loads of mail from well-wishers who felt moved to write and convey their sympathy for the monarchy.

On September 19 – the day of the Queen’s funeral – the King and his family were pictured looking emotional and tens of thousands of people filled the streets of London and Windsor to pay their respects as the coffin procession passed by.

The day after the funeral, the daily amount of correspondence peaked at 6,500 – out of a total of more than 50,000 letters – Buckingham Palace said.

Pictures were taken at Buckingham Palace earlier this week showing some of the thousands of letters being opened by members of the royal household’s correspondence team.

One card was printed with the words “we are thinking of you” above a crown, and many letters were addressed personally to the new monarch “His Majesty King Charles III”.

Before the Queen’s death, Buckingham Palace would have expected to receive up to 1,000 letters a week from members of the public with various queries or goodwill messages.

The palace said all letters are carefully read and responses will be sent, as the small correspondence team processes the thousands of items sent to the King, his Queen Consort and other members of the royal family.

The Princess Royal has already disclosed she was with her mother during her last moments but the document confirmed what was suspected on the day – some of the Queen’s children and grandchildren tried in vain to be at her bedside.

The certificate released by National Records of Scotland noted the time of the Queen’s death on Thursday September 8 as 3.10pm at Balmoral.