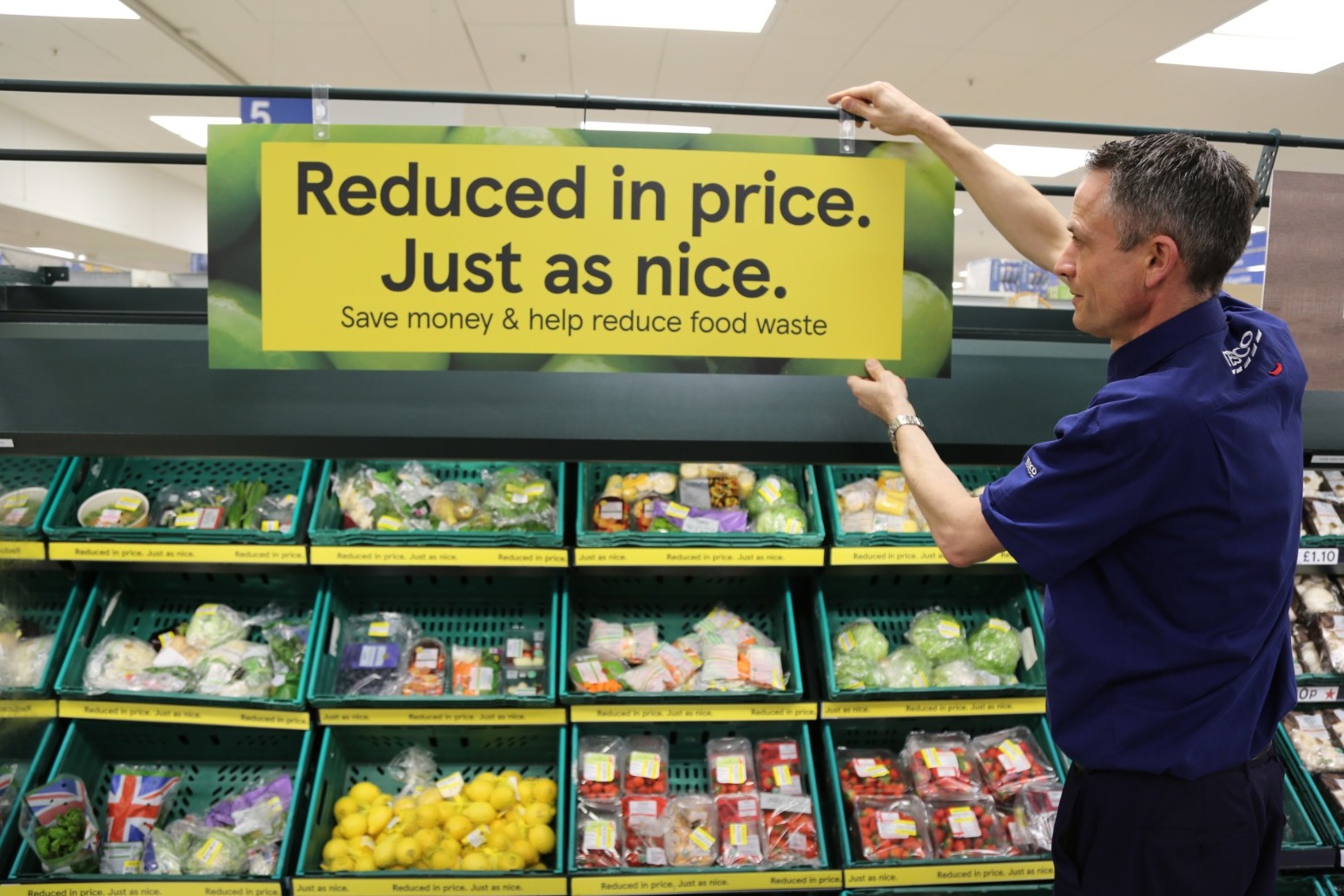 Tesco is upgrading its ‘reduced to clear’ areas in stores with new, permanent signage as increasing numbers of customers seek out the items in an effort to cut costs.

The facelift for the areas will include new banners reading ‘Reduced in price. Just as nice’.

Previously, yellow-stickered items were deposited on unmarked shelves at certain times of the day.

The areas will be rolled out to 100 stores by Christmas and more throughout next year.

The grocer hopes the revamp will tempt the 29% of customers who said they would buy reduced items more often if the section was made more visually appealing.

‘Reduced to clear’ items include products such as salads, meat and bread which are nearing their expiry date, as well as discontinued items.

Tesco said the drive to encourage shoppers to the deals was also part of its ongoing efforts to cut food waste.

Tesco chief customer officer Alessandra Bellini said: “We want customers to spend less at Tesco, and our ‘reduced in price’ sections in stores now offer the reassurance that these products are just as nice and are another reminder there’s great value to be found on every aisle at Tesco.”

Increasing pressure on household budgets has led to a sharp rise in the number of shoppers looking for yellow sticker deals.

A new YouGov poll commissioned by Tesco found that 69% of shoppers now look out for markdowns in store, with 33% of customers seeking these reductions more frequently.

Meat products are the most popular reduced item, followed by ready meals, vegetables and desserts.

Of those who watch for yellow sticker reductions, 71% said they were a cheaper option when they want to eat the food straight away and 51% said it was a cost-effective way to stock up the freezer.