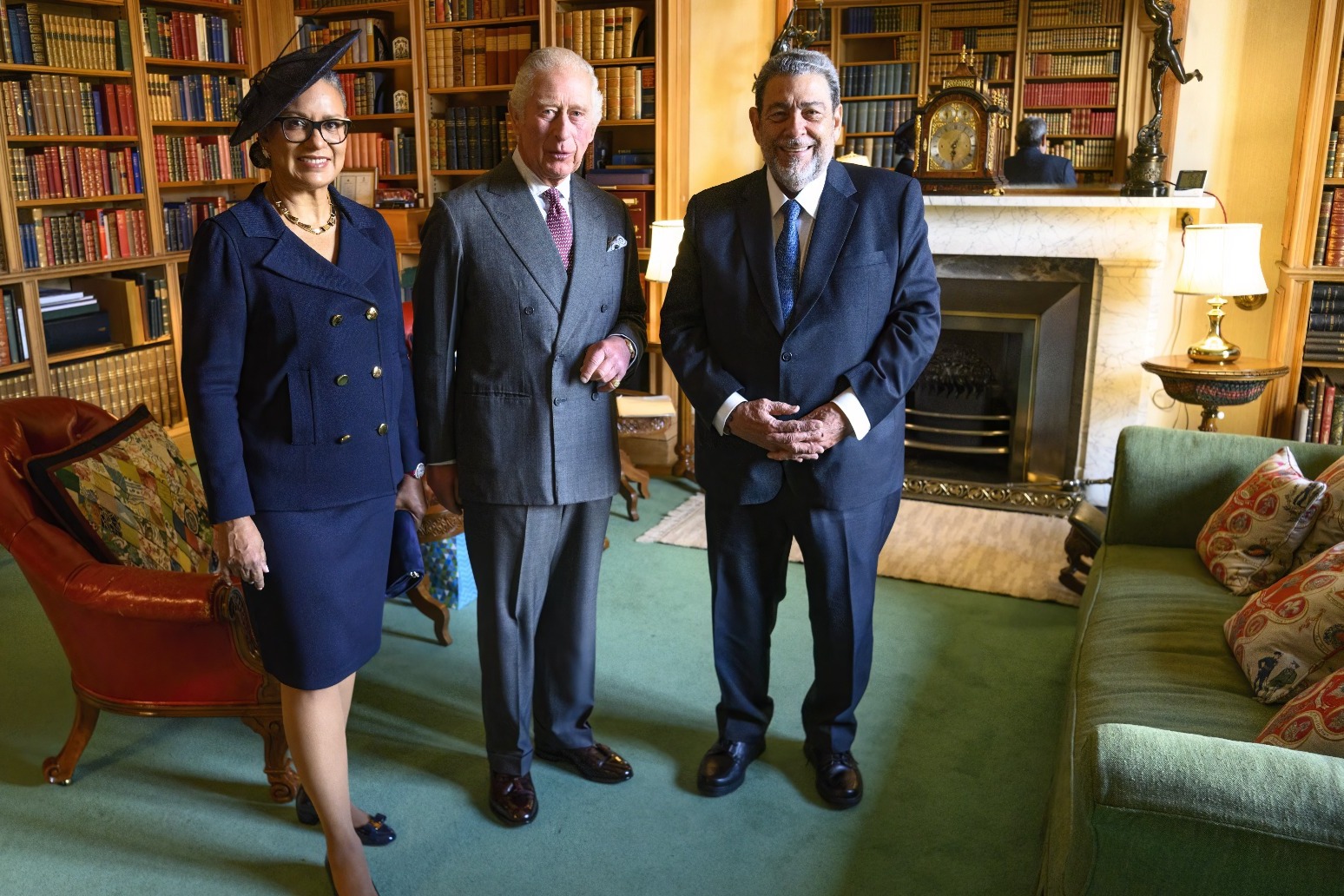 There was a warm smile for a familiar face as the King carried out one of his first official audiences as monarch since royal mourning ended.

He greeted Ralph Gonsalves, the Prime Minister of St Vincent and the Grenadines, with a friendly handshake and a pat on the wrist as they met at Balmoral in Scotland.

Mr Gonsalves’ wife, Eloise, also attended the event and posed for a picture with the monarch alongside her husband.

The King and his Queen Consort have met the couple on previous occasions including a visit to the Commonwealth realm as part of their 2019 Caribbean tour.

The couple also attended the wedding reception in 2011 of Kate and William, who are now the new Prince and Princess of Wales.

Charles and Camilla are set to hold their first joint public engagement since royal mourning ended by visiting Dunfermline on Monday to mark it achieving city status.

They will attend an official council meeting at the City Chambers and visit Dunfermline Abbey in celebration of the new city status.

They will also host a reception at Edinburgh’s Palace of Holyroodhouse to celebrate British South Asian communities.

Eight places were made cities, as part of celebrations marking the 70-year reign of the late monarch, after successfully bidding for the honour under the Platinum Jubilee Civic Honours Competition.