The Queens coffin has arrived at Buckingham Palace 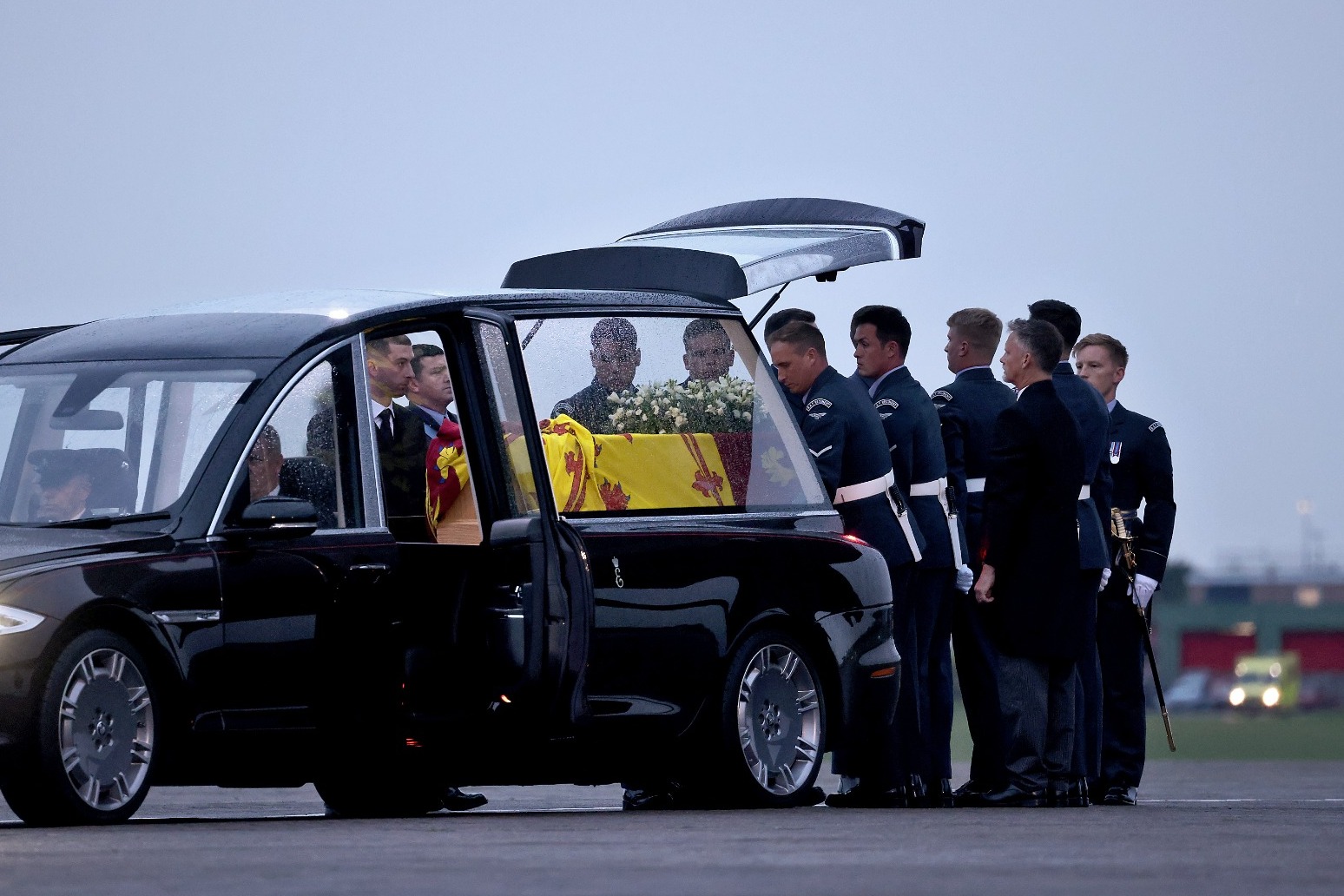 The Queen’s grandchildren were among members of the royal family paying their respects to the late monarch witnessing her coffin’s arrival at Buckingham Palace.

Standing at the palace’s grand entrance, the new King and his Queen Consort was surrounded by the late monarch’s children and grandchildren and their partners, including the Prince and Princess of Wales and Duke and Duchess of Sussex.

The C-17 Globemaster aircraft, used for aid missions in Ukraine and to help evacuate people from Afghanistan when the Taliban returned, arrived at RAF Northolt in north-west London just before 7pm after travelling from Edinburgh.

Soon after the huge aircraft arrived at the military base, the Princess Royal, who accompanied the Queen’s coffin back to the capital with her husband Vice Admiral Sir Tim Laurence, issued a moving tribute to her mother.

Anne said she was “fortunate” to be able to share “the last 24 hours of my dearest mother’s life, adding: “It has been an honour and a privilege to accompany her on her final journeys.

“Witnessing the love and respect shown by so many on these journeys has been both humbling and uplifting.

“We will all share unique memories. I offer my thanks to each and every one who share our sense of loss.”

Before the coffin was carried by a bearer party to a waiting state hearse, the Princess Royal and her husband left the military plane and stood with Chief of the Air Staff Sir Mike Wigston, while nearby was the Prime Minister Liz Truss and Defence Secretary Ben Wallace.

On parade was a guard of honour made up of service personnel from the Queen’s Colour Squadron of the Royal Air Force, who presented arms when the coffin was first seen.

The King’s Colour for the Royal Air Force was lowered in salute.