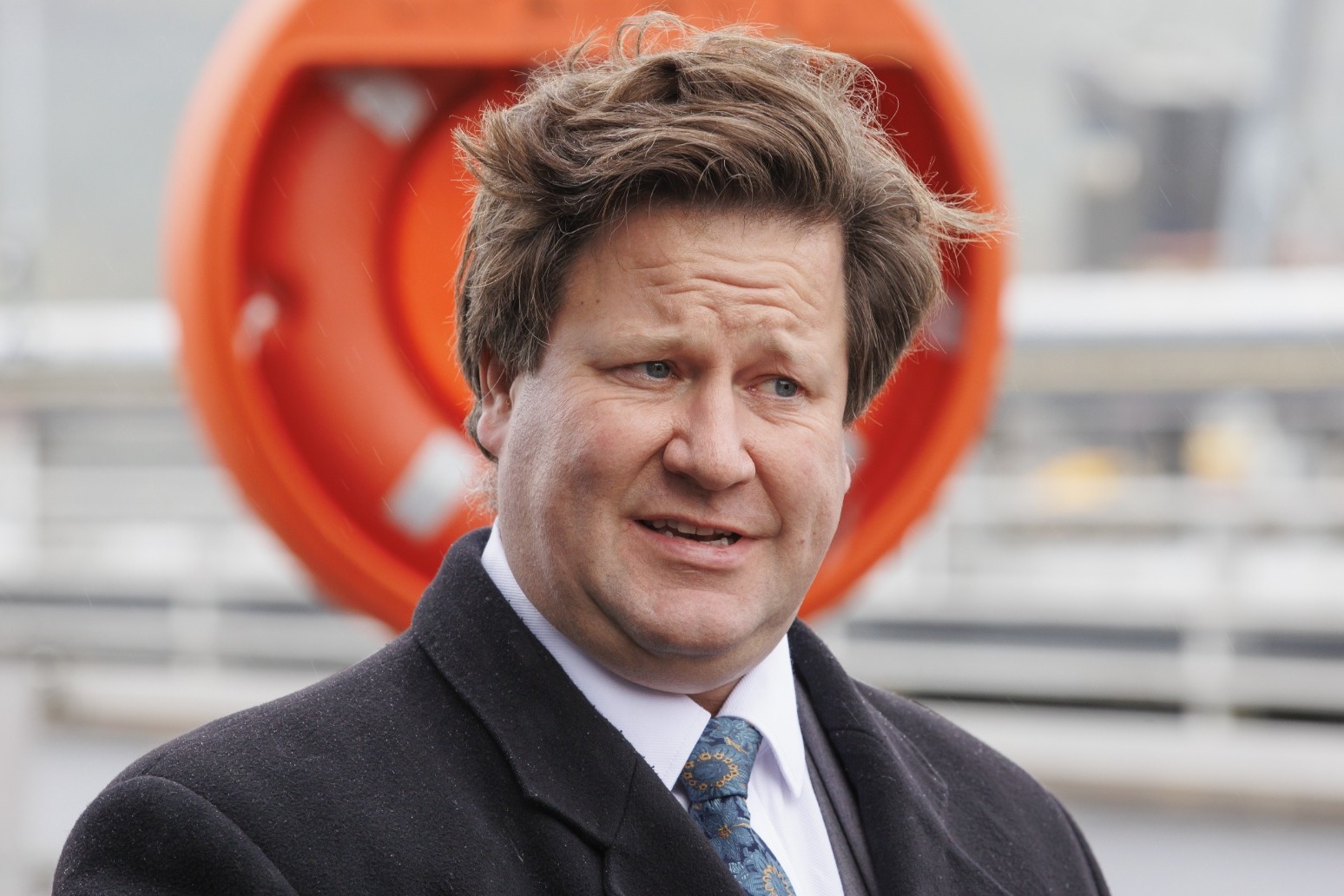 Ukraine’s conflict with Russia is “as much our war as it is theirs”, the UK’s minister for defence procurement has said.

Alec Shelbrooke, who was appointed to the role last month, insisted the two countries are working together “to fight back against a fascist dictatorship”.

He said the war’s infringement on people’s freedom, and its impact on the UK’s fuel and food supplies, makes it “as much our war as it is theirs”.

The minister made the comments on a visit to His Majesty’s Naval Base (HMNB) Clyde in Scotland, commonly known throughout the Navy as Faslane, to meet with Navy personnel on Wednesday.

Speaking to the PA news agency, Mr Shelbrooke said: “This is our war as much as it is Ukraine’s war.

“It won’t end if we were to withdraw from Ukraine.

“Fundamentally, this is a fight against a fascist dictatorship.”

Commenting on the G7’s recent joint statement on Ukraine following missile attacks on the country, the minister said: “The alliances I don’t think have ever been so strong.

“I think it was a massive miscalculation by Moscow as to what would happen to the alliance.

“The common themes that bind us all together, democracy, freedom and the right to defend, has strengthened the bonds, and reminded us of why Nato is one of the longest-lasting alliances in the history of the world.”

When asked if the UK will be upping its air defence systems in light of recent air strikes on Ukraine, Mr Shelbrooke said: “We are supplying air defence systems, but we will continue those conversations with Ukraine and our international partners on where we need to up defence, where we practically can as well.”

“As we move into the different seasons in this war, there will be different demands and the UK will engage with Ukraine in every way that it has so far,” he said.

“The whole of the military campaign in Ukraine is a two-way conversation, where Ukraine will speak to us about other equipment they may need, and we’re going to do everything we can within those constraints to deliver what we can.”

Mr Shelbrooke added: “When you understand this is about their home, their families, their freedom, you immediately reinforce why it’s so important that this country is the biggest donor outside the US towards this campaign, and we will be there throughout.”

Recent analysis from the Institute for Fiscal Studies suggested significant spending cuts will be needed in the UK to bring public finances under control.

When asked whether defence procurement will be exempt, Mr Shelbrooke said: “I don’t believe there is going to be any cuts to the defence budget.

“The Prime Minister has been crystal clear that the 3% of GDP commitment by the end of this decade remains.”

The minister’s trip to Faslane was his first visit to Scotland since being appointed to his role on September 7.

He met with Navy personnel onboard HMS Ambush, including the submarine’s captain.