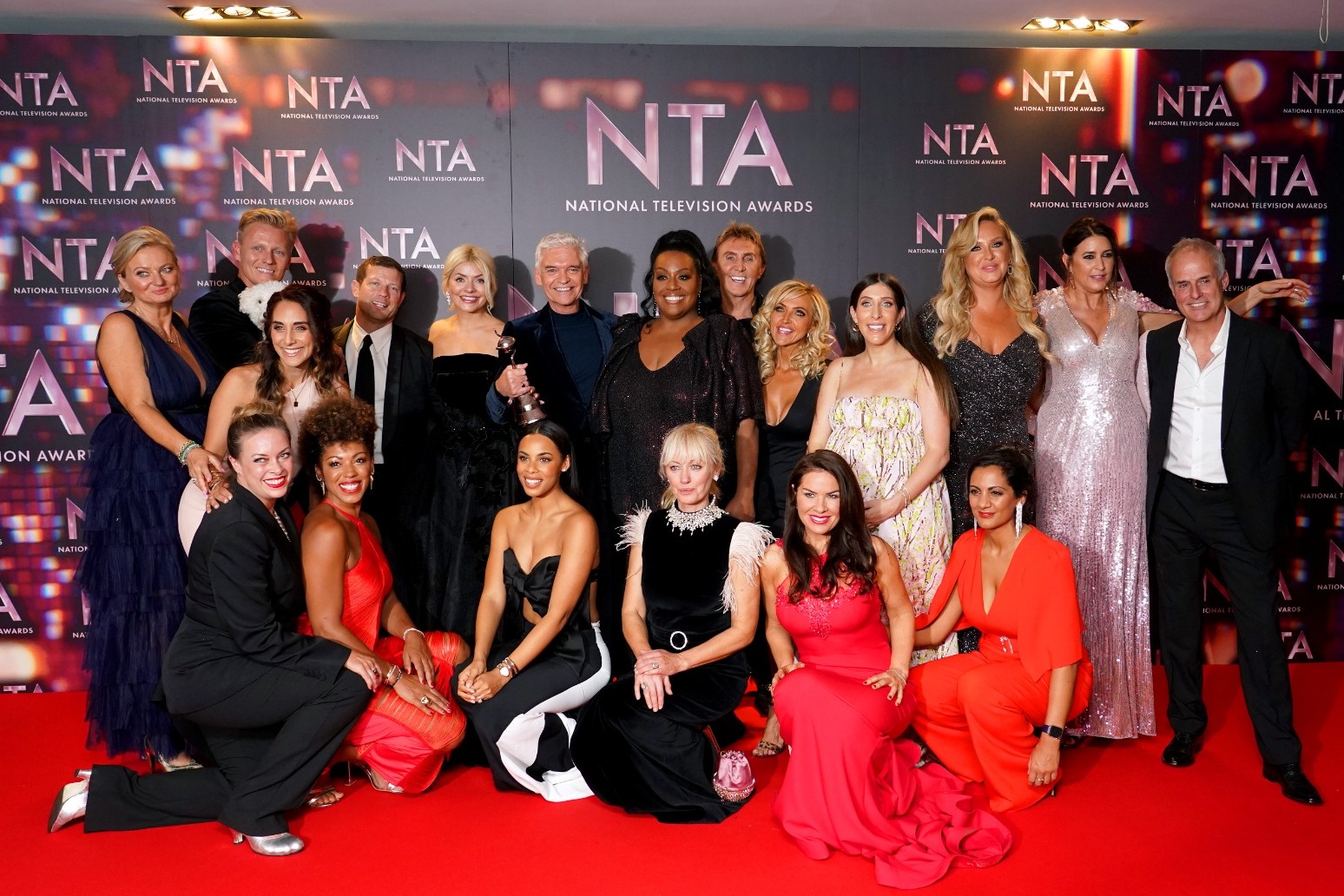 Phillip Schofield has thanked viewers after This Morning took home the daytime prize at the National Television Awards, saying: “This means so much to us every year, especially this year.”

The presenter and his co-host Holly Willoughby have faced criticism over the past couple of weeks following claims they skipped the queue for the Queen’s lying in state.

The ITV show saw off competition from Loose Women, The Chase and The Repair Shop to take home the award on Thursday during the ceremony held at London’s OVO Wembley Arena.

Willoughby added: “Thank you so much, this award means everything because it is voted by you, and I think This Morning has a very special relationship with you. You make our show for us, you really do.”

Fellow presenter Alison Hammond said she was “grateful” for this award, but that she felt she should have won in the TV presenter category instead of Ant McPartlin and Declan Donnelly.

She said: “I ain’t going to lie but we all know I should have won one of these as well.

“Bradley Walsh, Graham Norton and the legends that are Ant and Dec are amazing, but let’s be honest, I should have won one but This Morning won one anyways.”

McPartlin and Donnelly continued to dominate the award show as they won the TV presenter award for the 21st consecutive time.

The presenting duo were unable to collect the prize in person as they had both recently tested positive for Covid, with Stephen Mulhern picking it up on their behalf.

While presenting the award to the duo, Ukrainian broadcaster Timur Miroshnychenko thanked the UK for its continued support and said his country is “looking forward” to the joint Eurovision 2023.

I’m A Celebrity… Get Me Out Of Here!, hosted by McPartlin and Donnelly, picked up the Bruce Forsyth Entertainment Award, beating Ant & Dec’s Saturday Night Takeaway, Taskmaster and The Graham Norton Show to take the title.

Kate Garraway won the authored documentary prize for a second consecutive year for her documentary about her family life as her husband battles the long-term effects of Covid.

The Good Morning Britain presenter won the award last year for a programme about her family’s life after her husband, former political adviser Derek Draper, spent a year in hospital being treated for coronavirus.

She secured the prize for a second time for her follow-up programme, Caring For Derek, and said her family is hoping he will be able to come home soon after he had to go back to hospital for another bout of illness.

Garraway faced off tough competition in the category from Katie Price: What Harvey Did Next; Julia Bradbury: Breast Cancer And Me; and Paddy And Christine McGuinness: Our Family And Autism and the posthumous nomination for The Wanted’s Tom Parker for the documentary about his charity concert for cancer held six months before his death.

Peaky Blinders creator Steven Knight praised the British fans who supported the show from the beginning as it picked up the returning drama gong.

He also confirmed the team will shoot a spin-off movie in the spring and said he hoped fans could come together to watch it.

Martin Lewis called on “somebody to get a grip on the economy” as he won the expert award during the ceremony.

The consumer champion admitted he was surprised to win the prize after being nominated against veteran broadcaster and environmentalist Sir David Attenborough, and also praised the other nominees, The Repair Shop’s Jay Blades and farming contractor Kaleb Cooper.

Collecting his prize, Lewis said: “It’s been a pretty horrible year financially. I mean, the energy crisis has been disastrous and left many people with terrible issues and mental health problems.

“I’m afraid the next year, with the mortgage problem and the knock-on to rent, is going to be pretty bad. And you know what? We need somebody to get a grip on the economy and put things a little bit back.”

The deaf actress, who won the dance competition last year with Giovanni Pernice, said: “I just want to say what makes Strictly so special is that they show people that don’t get shown on TV very often.

“And at first you feel uncomfortable and you’re not used to it, and its a little bit weird – but as weeks go on and on, you don’t notice it and it changes people’s perception.”

The King also delivered a special message to the Emmerdale cast and crew for their 50th anniversary, praising the importance of the countryside.

The show also paid tribute to the Queen which a montage of video clips and special messages thanking the late monarch for her service.

Eurovision star Sam Ryder kicked off the award show with his hit song Space Man, which won him second place at the song contest earlier this year, and Lewis Capaldi also performed his new song Forget Me during the show.