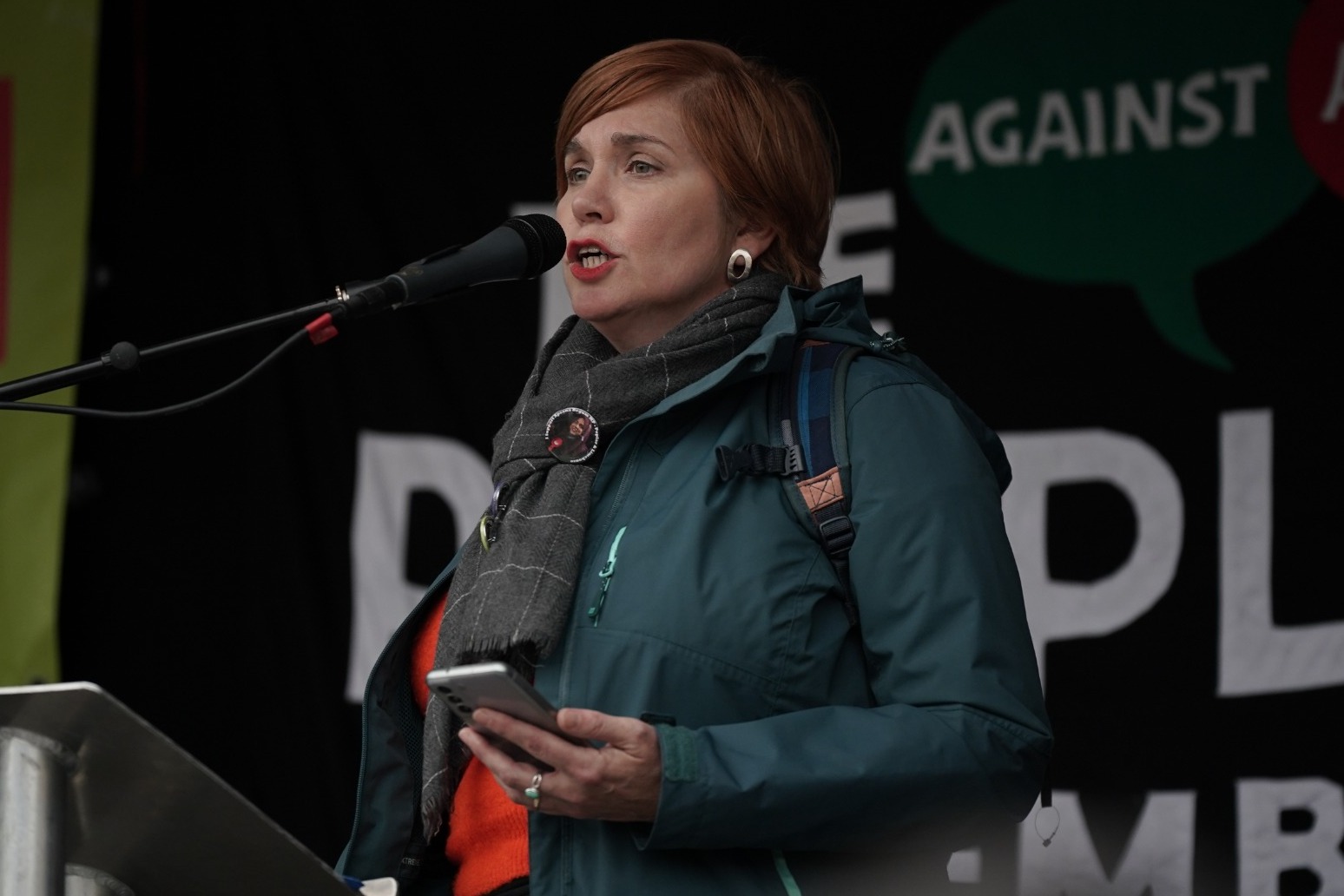 Thousands of people have joined a demonstration calling for a general election amid the worsening cost-of-living crisis.

A coalition of trade unions and community organisations are taking part in the “Britain is Broken” protest in central London, which was organised by the People’s Assembly.

Demonstrators marched in the rain from Embankment to Trafalgar Square, where a rally is being held with speakers including Mick Lynch, general secretary of the Rail, Maritime and Transport union.

The People’s Assembly said the protesters, some of whom waved banners reading “Tories Out”, are demanding an immediate general election, action on low pay and the repeal of “anti-union” employment laws.

Michelle Uden brought her seven-year-old twin boys to the demonstration and said she wanted a change in leadership after struggling with the cost of living.

The 34-year-old, who cares for her husband who has epilepsy at their home in New Eltham, south-east London, told the PA news agency: “Enough is enough.

“If we don’t stand up and fight we’ll sit down and cry.

“We want to get rid of Rishi Sunak, we want more funding for the NHS, we want that to stop being privatised.

“We want the Tories out – it’s the only way to get change.”

She added she did not believe a general election would be called but wanted her children to see “democracy in action”.

Ramona McCartney, national organiser for the People’s Assembly, said: “The Government is in a deep crisis and the third Prime Minister in a matter of months has been decided by a tiny elite.

“We want to make this the biggest demonstration possible to force them to a general election and in solidarity with every striking worker.”

Laura Pidcock, national secretary of the People’s Assembly, said “this Tory government is now totally unaccountable, but outrage is not enough”.

She added: “We have to come together, as a movement, to organise on the streets and in our communities, and show that our voices will not be silenced and that we want fundamental changes to the way our country is run.