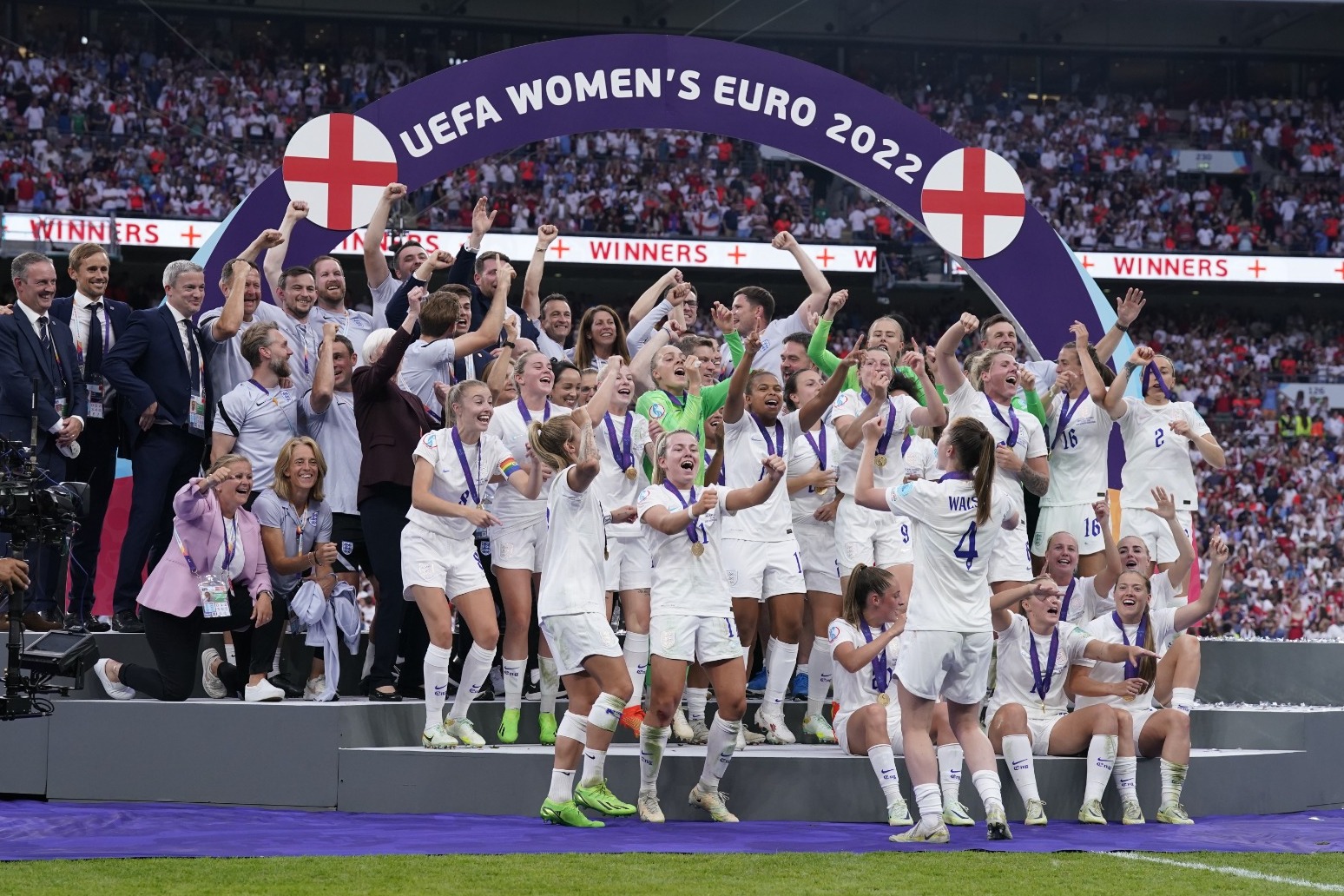 Thousands of fans are to celebrate England’s Euros win with the players in central London after royals and politicians hailed their inspiring performance.

The Lionesses beat Germany 2-1 after extra time in front of 87,000 supporters at Wembley Stadium on Sunday, securing the first major tournament title for the country since 1966.

Up to 7,000 supporters will have the opportunity to join the team at an event hosted by veteran player Alex Scott in Trafalgar Square from 11am on Monday.

The free entry event is on a first-come first-served basis, with live music from DJ Monki, a showing of tournament highlights and a Q&A involving the players and manager, Sarina Wiegman, before the trophy is lifted.

It comes after the Queen praised the team, saying their “success goes far beyond the trophy”.

She said in a statement: “My warmest congratulations, and those of my family, go to you all on winning the European Women’s Football Championships.

“It is a significant achievement for the entire team, including your support staff.

“The Championships and your performance in them have rightly won praise.

“However, your success goes far beyond the trophy you have so deservedly earned.

“You have all set an example that will be an inspiration for girls and women today, and for future generations.

“It is my hope that you will be as proud of the impact you have had on your sport as you are of the result today.”

The Duke of Cambridge was among those supporting from the sidelines, and after the match he said it had been “wonderful to see history in the making”, while captain Leah Williamson dubbed it “the proudest moment of my life”.

Williamson said she could not stop crying after the win.

Those in the crowd at Wembley included the men’s captain Harry Kane and Tory leadership hopeful Liz Truss.

Prime Minister Boris Johnson, who watched the match from home with his children Wilfred and Romy, praised the team on their “stunning” victory.

Tory leadership contender Rishi Sunak tweeted a photograph of himself cheering on the team and said the Lionesses had “won the hearts” of the country.

Supporters who attended the match described the team’s win as a “victory for girls across the country”.

There was a carnival-like atmosphere as a huge sea of England flags were carried out of the stadium after the match, with supporters cheering, blowing horns and singing Neil Diamond’s Sweet Caroline and Queen’s We Are The Champions.

Meanwhile, hundreds of fans cheered the players on from Trafalgar Square.

Horns tooted and chants of “It’s coming home” could be heard as a light drizzle came down.

The large TV screens were temporarily turned off after revellers went into the fountains.