Thousands of rail workers to stage three days of strikes 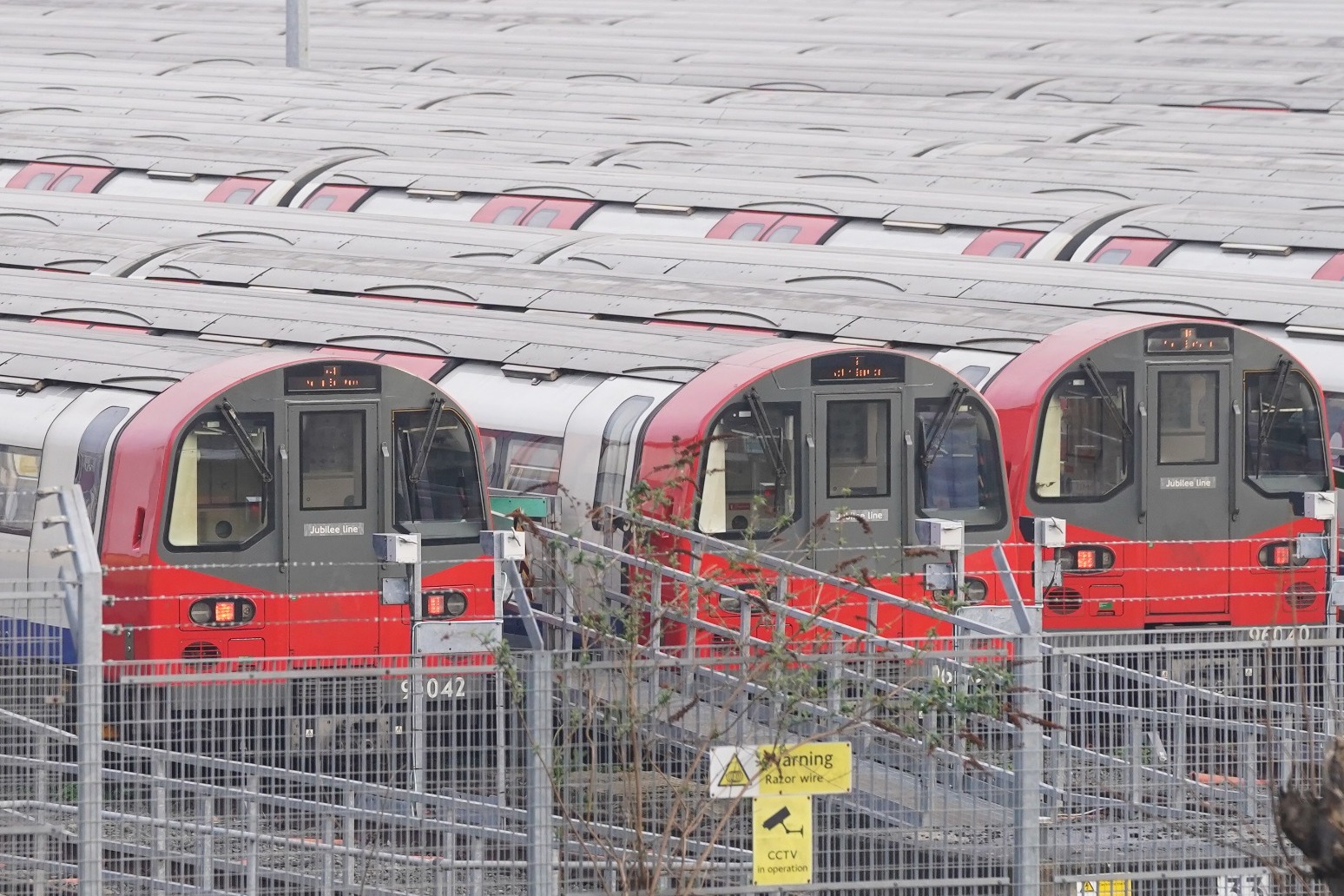 Thousands of railway workers are to stage three days of strikes later this month in the biggest outbreak of industrial action in the industry in a generation, it has been announced.

Members of the Rail, Maritime and Transport union (RMT) at Network Rail and 13 train operators will walk out on June 21, 23 and 25.

The RMT also announced another 24-hour strike on London Underground in a separate row over jobs and pensions.

The union said it will be the biggest strike on the railways since 1989.

The RMT said rail staff who worked through the pandemic were facing pay freezes and hundreds of job cuts.

RMT general secretary Mick Lynch said: “Railway workers have been treated appallingly and despite our best efforts in negotiations, the rail industry with the support of the government has failed to take their concerns seriously.

“We have a cost-of-living crisis, and it is unacceptable for railway workers to either lose their jobs or face another year of a pay freeze when inflation is at 11.1% and rising.

“Our union will now embark on a sustained campaign of industrial action which will shut down the railway system.

“Rail companies are making at least £500m a year in profits, whilst fat cat rail bosses have been paid millions during the Covid-19 pandemic.

“This unfairness is fuelling our members anger and their determination to win a fair settlement.

“RMT is open to meaningful negotiations with rail bosses and ministers, but they will need to come up with new proposals to prevent months of disruption on our railways.”

The union said more than 50,000 railway workers will walk out on June 21, adding that the action will affect the national railway network for the entire week.

Andrew Haines, Network Rail’s chief executive, said: “We continue to meet with our trades unions to discuss their pay concerns and we’re doing everything we can to avoid strike action on the railway.

“We know that the cost of living has increased and we want to give our people a pay rise, but the RMT must recognise we are a public body and any pay increase has to be affordable for taxpayers.

“Travel habits have changed forever and the railway must change as well. We cannot expect to take more than our fair share of public funds, and so we must modernise our industry to put it on a sound financial footing for the future. Failure to modernise will only lead to industry decline and more job losses in the long run.

“There are two weeks until the first strike is planned. We will use this time to keep talking to our unions and, through compromise and common sense on both sides, we hope to find a solution and avoid the damage that strike action would cause all involved.”

Transport Secretary Grant Shapps said: “It is incredibly disappointing the RMT have decided to take action that could drive passengers away from the rail network for good.

“The pandemic has changed travel habits – with 25% fewer ticket sales and the taxpayer stepping in to keep the railways running at a cost of £16 billion, equivalent to £600 per household. We must act now to put the industry on a sustainable footing.

“We are working with industry to reduce disruption caused by strike action, but unions are jumping the gun by announcing this when talks have only just begun.

“We once again want to urge the unions to come to talks with the rail industry so we can work together to build a better, more modern, passenger-focused railway.”