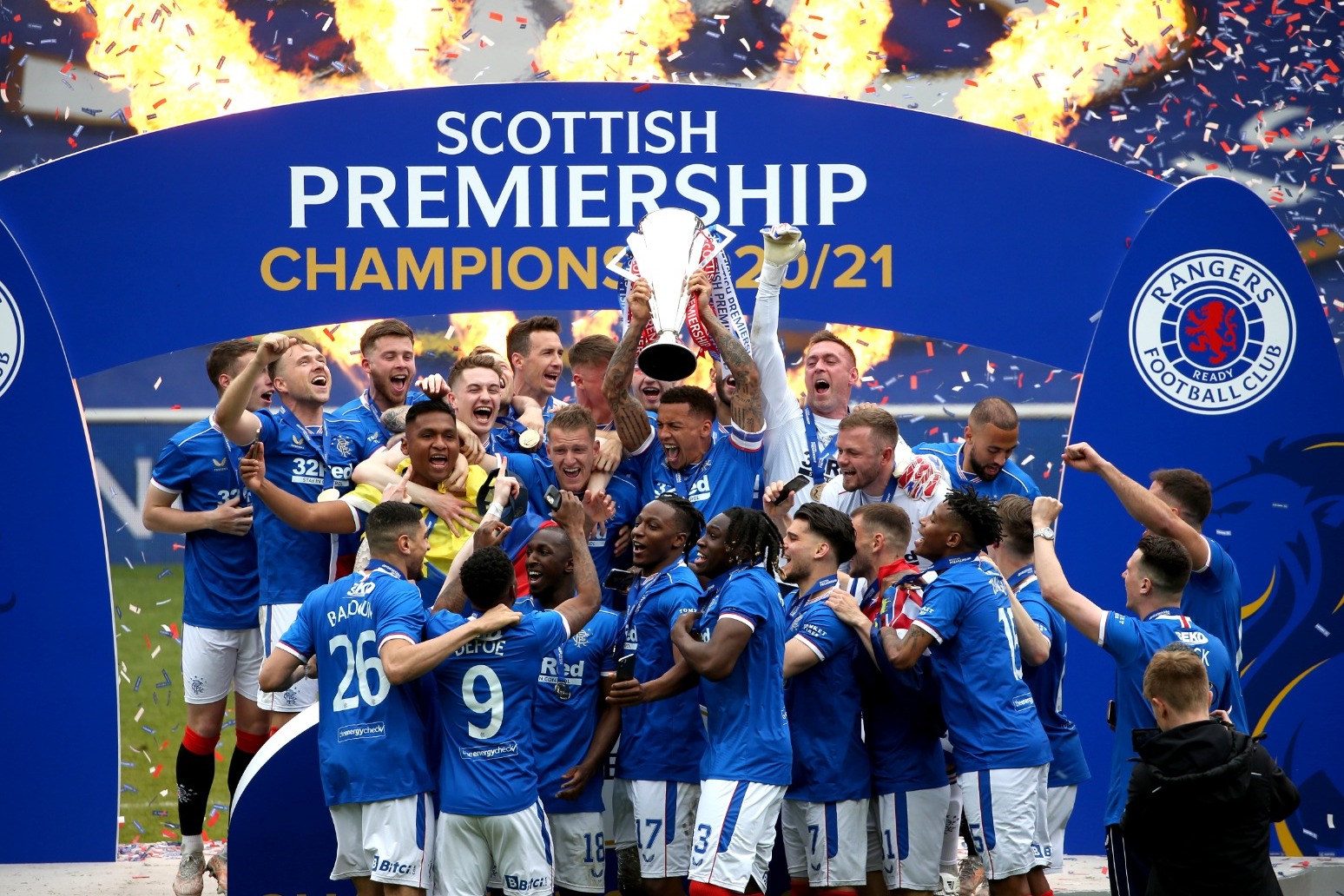 Rangers fans have gathered in the centre of Glasgow after their club lifted their first Scottish Premiership trophy in a decade.

Fans sang and danced in George Square after Steven Gerrard’s side defeated Aberdeen 4-0 at Ibrox on the day they collected the silverware.

The celebrations come despite warnings against gathering due to rising Covid-19 cases in Glasgow.

The fans in George Square were fringed by around two dozen police officers, some of whom were seen confiscating alcohol and pouring it away.

Earlier, fans outside Ibrox cheered and chanted as the Rangers players arrived for the 12.30pm kick-off.

Police Scotland had called on them to “disperse and take personal responsibility”.

After the trophy was lifted, many fans made their way into the heart of Glasgow.

The Union Bears fan group had earlier announced plans to walk from the stadium to George Square.

But on Saturday morning, Justice Secretary Humza Yousaf said on Twitter: “While there is a significant Police presence at Ibrox and across City, this is ultimately about personal responsibility. If you have gathered you should disperse, particularly given yday’s announcement about Covid in Glasgow.”

On Friday night, scores of Rangers fans lighted red flares simultaneously along the Clyde close to the Clyde Arc in the city as they marked the end of the season.

The Scottish Government previously criticised Rangers’ response after thousands of fans gathered outside Ibrox and in George Square on the weekend they clinched the title in early March.

Chief Superintendent Mark Sutherland, divisional commander for Greater Glasgow division, said: “Under the current restrictions no-one should be gathering in numbers of more than six at the stadium or any other location, and Police Scotland supports the club in urging its fans to do the right thing and follow the coronavirus regulations around gatherings.

“We will continue to liaise with our partners, including the Scottish Government, to ensure matches can be completed safely and to minimise the risk to both our officers and the public.

“The sacrifices people have made have allowed for further easing of regulations, however we continue to ask people to take personal responsibility and to use Greater Glasgow safely and respectfully.”