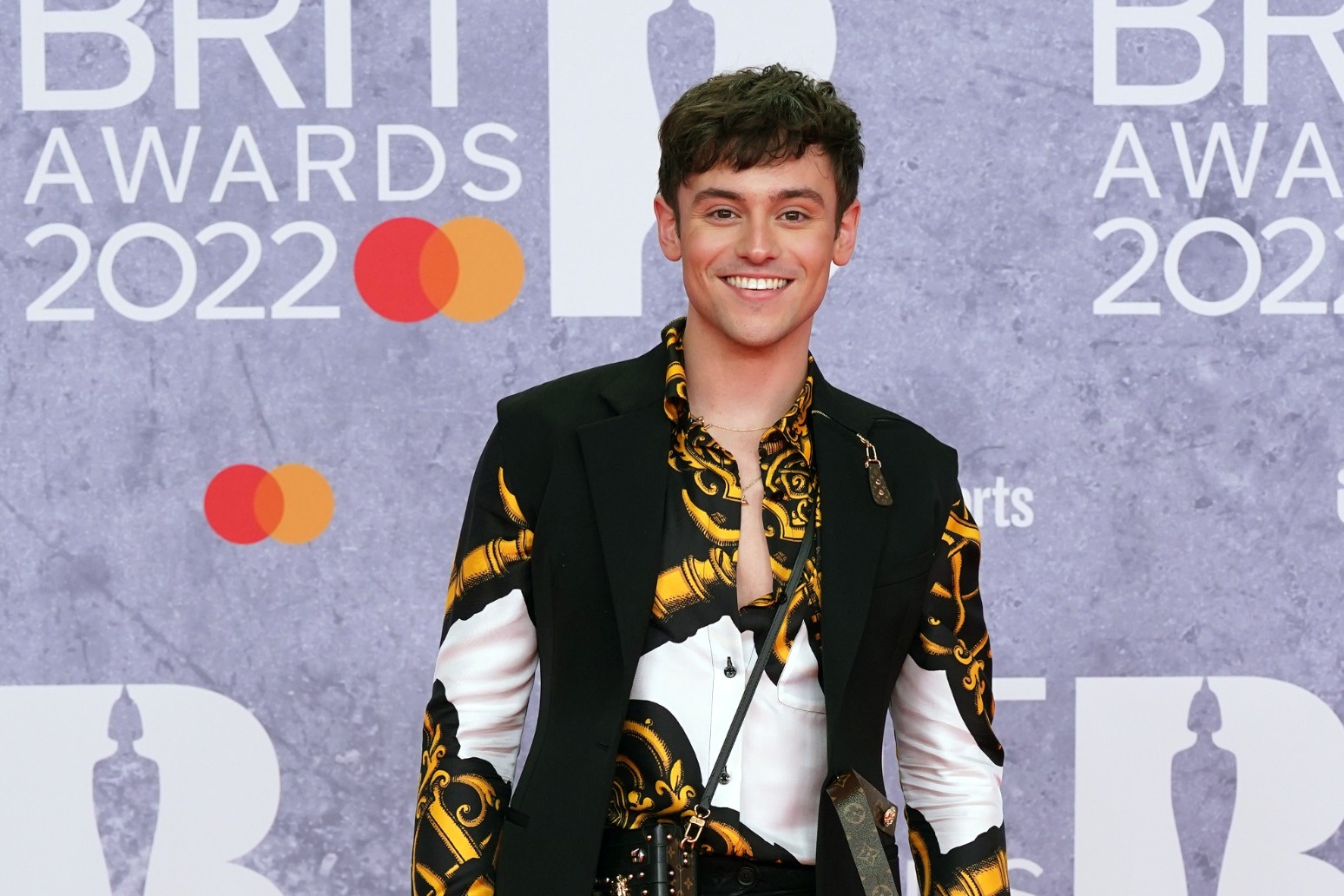 The gold medallist shares son Robbie, three, with his screenwriter husband Dustin Lance Black, who he married in 2017.

Speaking to TikTok star Holly H on her podcast Planet Weirdo, he said: “I mean, I’m completely biased, obviously, but he is a really cute kid and he’s just really sweet and kind and caring. I mean, he’s the best.

“Becoming a parent is such a weird thing, you don’t realise how much you can love something until you become a parent.

“Once you’re a parent, oh my goodness, it unlocks a whole different level of your heart. It’s nuts, to be honest.”

Daley also recalled returning to a house of chaos when he came home from the Tokyo Olympics, saying: “All my friends met me at the airport and then came back to my house and stayed with me for a week because my husband was working in Canada, so they didn’t want me to be on my own.

“So, I was living with eight humans and three dogs.

“The three dogs kept finding bits of food everywhere and they were also puppies, so they were pooing everywhere, throwing up everywhere.

“One night we went out and I came back and one of the dogs jumped up onto the bed, threw up on the pillow and I rolled over into it and I had dog vomit in my ear.

“And, imagine after a night-out, your first night-out after the Olympics, so it was a big one.

“Roll over, vomit in your ear and then the dog ran downstairs and had diarrhoea on my best friend Sophie’s sequined jacket.

It was during the Olympics that Daley became a viral sensation for his knitting as he crafted clothing and even a medal holder from the side of the swimming pool.

However, he said he is now getting slightly more unusual requests, revealing: “It’s so therapeutic, and you can make some really crazy things.

“Honestly, the most requested thing for my friends’ birthdays and things like that are cock socks. I’ve done so many willy warmers. It’s unreal.”

Planet Weirdo with Holly H is available on Amazon Music.