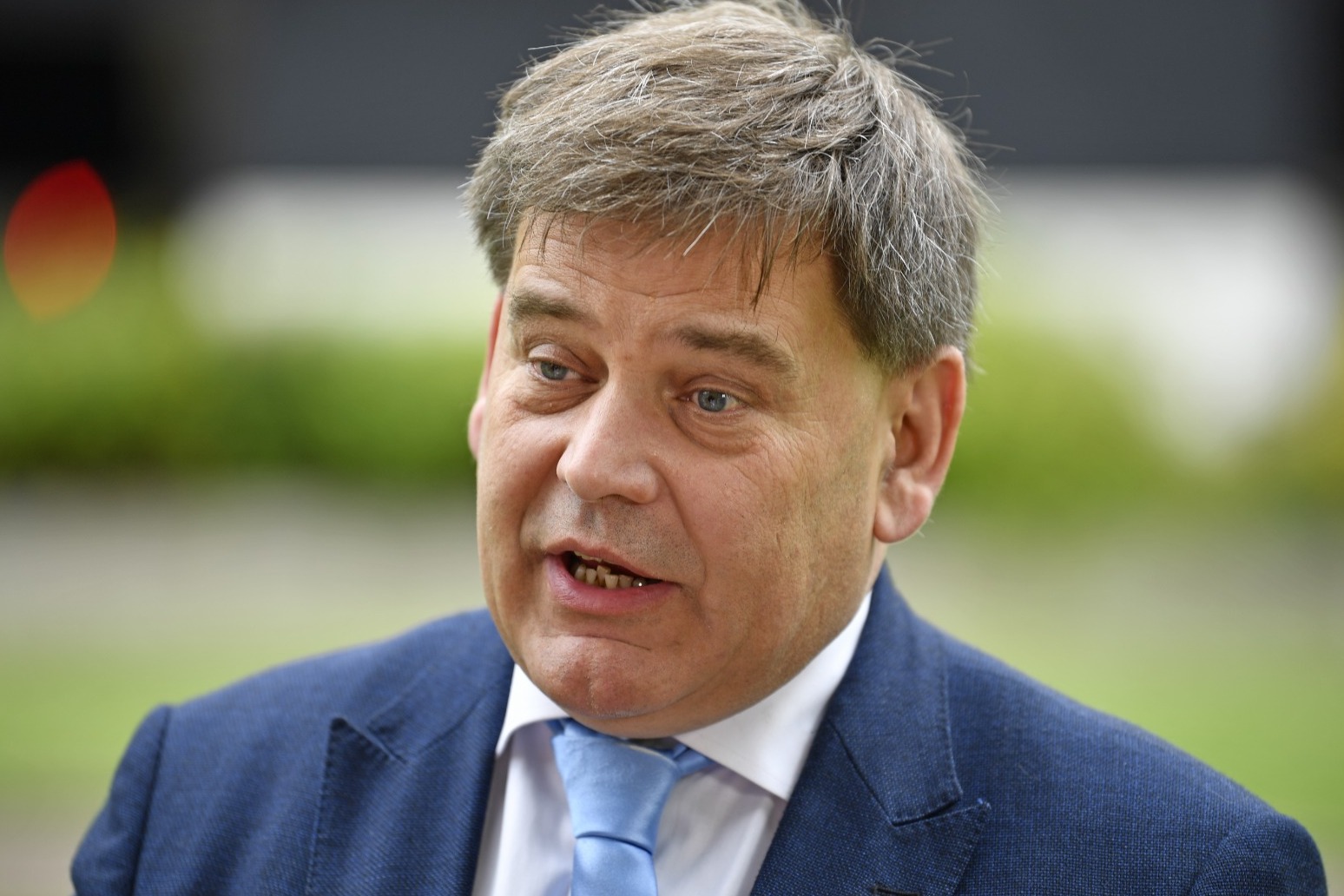 Tory MP Andrew Bridgen faces a Commons suspension after being found to have displayed a “very cavalier” attitude to the rules in a series of lobbying breaches.

The Standards Committee recommended a suspension of five sitting days for offences including an “unacceptable attack upon the integrity” of standards commissioner Kathryn Stone.

He called Ms Stone’s integrity into question on wholly unsubstantiated and false allegations and attempted to improperly influence the process, the cross-party committee said.

Mr Bridgen sent Ms Stone unsubstantiated smears suggesting apparent plans to offer her a peerage could influence her findings because of his reputation as a critic of former prime minister Boris Johnson.

The MP for North West Leicestershire since 2010 was found to have breached the MPs’ code of conduct “on registration, declaration and paid lobbying on multiple occasions and in multiple ways”.

The backbencher should have told ministers and officials of his relationship with Cheshire-based firm Mere Plantations as he made multiple representations.

Mr Bridgen received a donation, a funded visit to their teak plantation in Ghana and had a £12,000-a-year contract as an adviser.

He was found to have committed a “significant litany of errors” by failing to reveal his interest in eight emails to ministers, and in five meetings with ministers or public officials as he discussed Mere’s tax treatment or trading of carbon credits.

“Mr Bridgen has demonstrated a very cavalier attitude to the House’s rules on registration and declaration of interests, including repeatedly saying that he did not check his own entry in the register,” the committee’s report read.

Mr Bridgen said he is “extremely disappointed” with the recommendations but said he accepts them.

The committee said he called Ms Stone’s “integrity into question” on the basis of “wholly unsubstantiated and false allegations, and attempted improperly to influence the House’s standards processes”.

The MP wrote an email to Ms Stone saying: “I was distressed to hear on a number of occasions an unsubstantiated rumour that your contract as Parliamentary Standards Commissioner is due to end in the coming months and that there are advanced plans to offer you a peerage, potentially as soon as the Prime Minister’s resignation honours list.

“There is also some suggestion amongst colleagues that those plans are dependent upon arriving at the ‘right’ outcomes when conducting parliamentary standards investigations.

“Clearly my own travails with Number 10 and the former PM have been well documented and obviously a small part of me is naturally concerned to hear such rumours.

“More importantly however you are rightfully renowned for your integrity and decency and no doubt such rumours are only designed to harm your reputation.”

The Standards Committee said Mr Bridgen’s email “appears to be an attempt to place wholly inappropriate pressure on the commissioner” which is “completely unacceptable behaviour”.

The Commons will vote on whether to approve the recommended two days’ suspension for three breaches of the code of conduct and a further three days for the “attack” on Ms Stone.

He must also apologise to the House and to the commissioner, but will not face a potential recall petition from his constituents because the suspension falls short of the 10 days required.

In a statement, Mr Bridgen said: “Whilst I am extremely disappointed with the recommendations of the committee, I accept them and will comply with them as required to do so.”

The August 2019 plantation trip funded by Mere, which grows mainly teak in the Ashanti region of Ghana while focusing on the reforestation of degraded land, was valued at £3,251.51.

Mr Bridgen argued during the investigation that the lobbying rules did not apply because the trip to Ghana was of “negative financial benefit” to him.

He said he was left “personally out of pocket” as he paid for his own yellow fever vaccination and brought local currency which he could not convert to pounds back in the UK.

“This local currency I gave away to a Ghanaian doorkeeper in Parliament as I would not be visiting again,” he told the committee.

His correspondence with ministers included emails to Kwasi Kwarteng when he was business secretary in February 2021 and then-financial secretary to the Treasury Jesse Norman in August that year.

Mr Bridgen argued that he did not need to declare interests when “acting as a constituency MP” but the committee ruled that this exemption “cannot be considered as a blank cheque” and that his activities extended beyond the initial constituency focus.

Ms Stone found that the MP “habitually failed to declare his interests with Mere Plantations”.