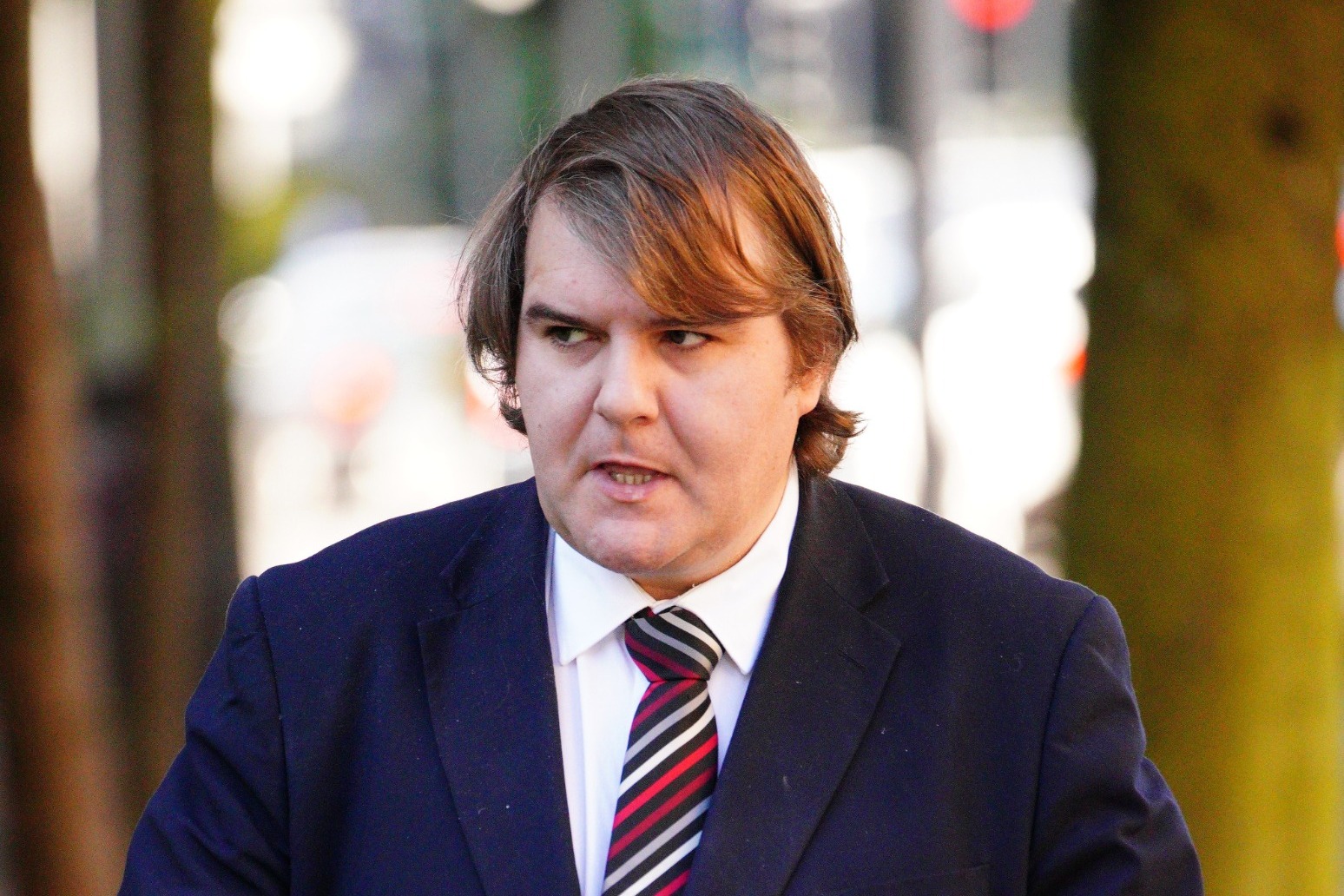 Jamie Wallis has been banned from driving for six months

A Conservative MP who demolished a telegraph pole in a late-night car crash while dressed as a woman has been disqualified from driving for six months and fined £2,500 after being convicted of motoring offences.

Jamie Wallis was wearing a black leather mini-skirt, high heels, a pearl necklace and make-up when he crashed his Mercedes.

The MP, who has represented Bridgend in South Wales since 2019, asked his father to pick him up in his Land Rover Discovery in the early hours of November 28 last year after fleeing the scene in Church Road, Llanblethian.

Wallis claimed he crashed after swerving to avoid hitting a cat.

He said he left the scene because he felt vulnerable in women’s clothing, having been raped the last time he wore such an outfit in public.

He told the court he left the scene after he became “overwhelmed” by his post-traumatic stress disorder which led him to believe he would be “assaulted or accosted, restrained or kidnapped”.

The 38-year-old, from Crossways House, Cowbridge, was diagnosed with PTSD after being raped in his London home in the September and began suffering with night-terrors, flashbacks and anxiety.

After a trial at Cardiff Magistrates’ Court, Wallis was found guilty of failing to stop, failing to report a road traffic collision and leaving a vehicle in a dangerous position.

District Judge Tan Ikram found him not guilty of driving without due care and attention.

On the day of the collision he said he had been at home wearing the clothes “he felt most comfortable in” before he took a late-night drive to his estranged wife’s house.

Wallis said he had been driving “relatively slow” when he saw the cat, because he was approaching a double bend.

“I just remember instinctively swerving,” he told the court.

During cross-examination, Carina Hughes, prosecuting, said: “You hit it with such force that the pole snapped.

“The reason you hit the pole isn’t because there was a cat, you were driving without due care and attention and that resulted in you losing control and driving into that wall and telegraph pole.”

Residents Adrian Watson and Natalie Webb were socialising together at a nearby property when shortly after 1am they heard a “very loud bang, significantly louder than a domestic firework” outside.

Mr Watson said he went into the street to investigate and saw amber flashing lights and that a Mercedes E-Class saloon had crashed into a telegraph pole.

Peering inside the car from which smoke was billowing, he saw “a white male wearing a white long-sleeve top which was tight to the body, a black leather PVC mini-skirt, tights, dark shoes with a high heel and a pearl necklace”.

Both witnesses asked whether Wallis was OK and then told him they were calling the police, at which point the MP started walking away.

As they followed him, they saw him make two phone calls during which he told someone he was being “accosted”. He was then picked up by his father Daryl Wallis.

Hours later, Sergeant Gareth Handy went to Wallis’ family home address, which he described as a “mansion” and “absolutely colossal”, and forced entry into the property out of concern for his well-being.

Wallis was not in his own flat, where a “blonde wig” was found on the kitchen table, but instead was asleep naked in a bedroom of the main house still wearing make-up.

Pc Louie Hall said: “His eyelids were dark, his lips were red and his cheeks were bronzed, and he had red nail polish on his toes.”

Wallis was arrested at 7.21am and the black skirt and pearl necklace, which were found next to the bed, were seized.

Giving evidence, Wallis told the court he would describe himself as transgender and had felt this way “since I was a small child”.

In March 2022, Wallis became the first MP in the UK to come out as transgender. In the statement he also revealed he had been raped.

Asking about the incident, which allegedly happened in September 2021, Peter Rouch QC, defending, said: “You were subjected to penetrative rape, yes?”

Wallis replied: “Yes. It was profoundly distressing and I was traumatised.

“I became obsessed with what happened, I kept thinking about it, having nightmares and flashbacks.”

He told the court he became so scared of being attacked again, he would lay traps in his own home to act as obstacles for any intruder.