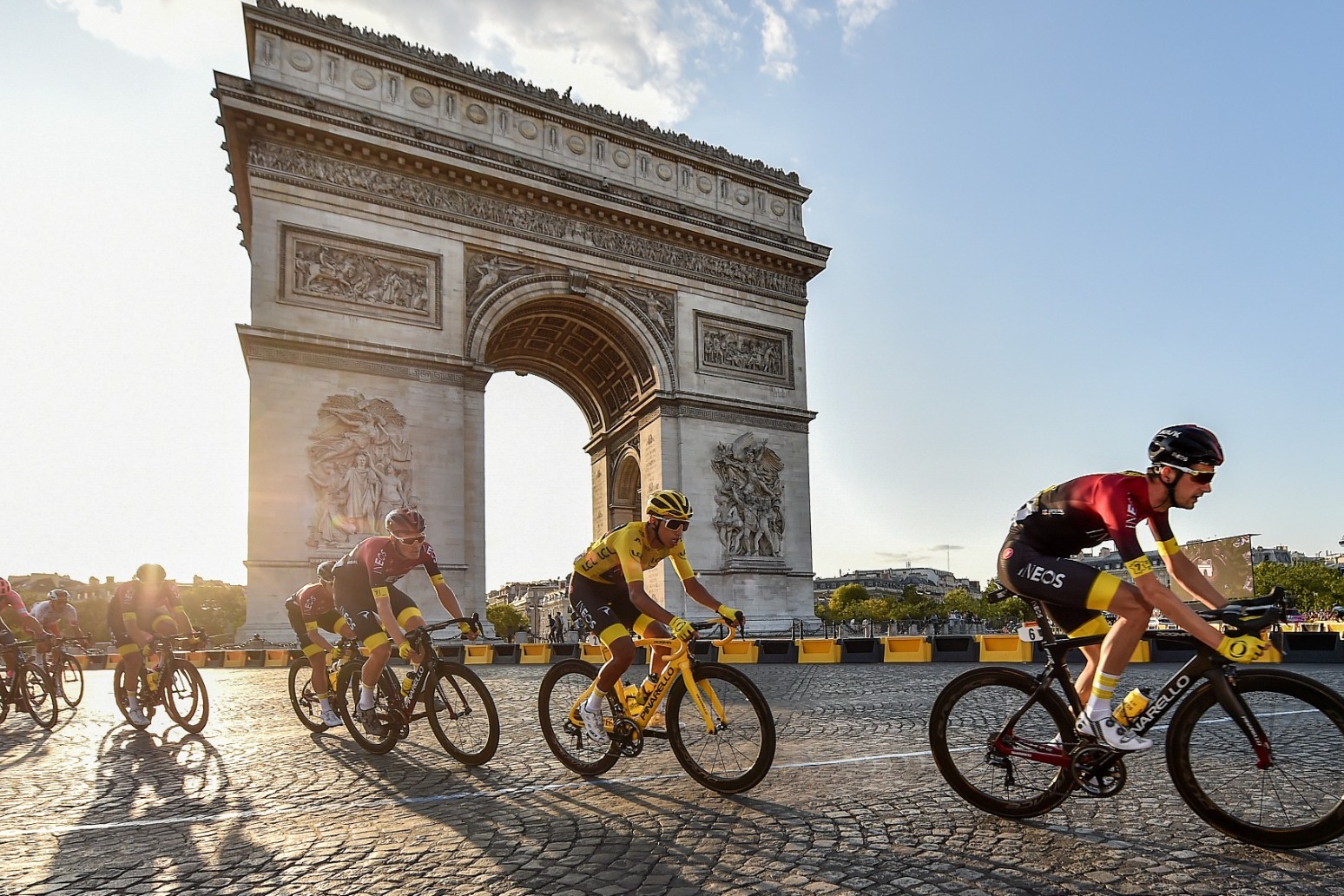 The cobbles of stage five loom large on the agenda after the Tour de France returned home from a spectacular Grand Depart in Denmark.

Riders enjoyed an unusually early rest day on Monday – included to allow for the transfer back to northern France – with riders flying into Lille following Sunday’s stage to Sonderborg.

Though a hilly race between Dunkerque and Calais is next up on Tuesday, it is Wednesday’s stage between Lille and Arenberg which is already on the minds of several riders.

“Wednesday will be a big day on the cobbles,” said the Ineos Grenadiers’ Geraint Thomas. “We’ve got to rest up, enjoy the rest day and then get back into it.

“You kind of get into the rhythm of (the race), you want to keep going so you don’t want to have to travel and have this rest day.”

Wednesday’s stage will take riders into territory more usually associated with Paris-Roubaix and the brutal cobbles which make the ‘Hell of the North’ one of the most feared races on the calendar.

The Tour will steer clear of the most famous sectors from that race and seek out new territory, finishing in Arenberg but bypassing its eponymous trench, but that only adds an element of the unknown.

For the likes of Thomas, Tadej Pogacar and Primoz Roglic – those with ambitions of wearing yellow in Paris in three weeks’ time – it is a day to endure and survive, where no winning moves can be made but the Tour could certainly be lost to injury or incident.

But for the man currently in yellow, Wout van Aert, it is a day when he could well take stage honours, considered one of the main favourites for the day along with Mathieu Van der Poel.

“I think what’s coming will be really demanding after the rest day,” the Belgian said. “Every stage has tricky parts, something special like the cobbles. I’m looking forward to it.”

Van Aert is on double duty in this year’s Tour, targeting the green jersey in the points classification while working to help Jumbo-Visma team-mate Roglic unseat UAE Team Emirates’ two-time defending champion Pogacar in the fight for yellow.

The fact Van Aert dons yellow after three days, while also leading the points classification, is down to him finishing second in all three stages so far – something he said was “not funny anymore”.

“I have to be really happy with this position,” he added. “I dreamed for a long time to wear the yellow jersey and we are doing good things for green as well which has been a big goal all season.

“Everything is good but I like to win races so if I come close like I did in the last couple of days sometimes it is with mixed feelings.”

Van Aert must watch his step in the coming days after he was fined for littering on Sunday. A second offence would carry a one-minute penalty.

Denmark treated the Tour to spectacular scenery and huge crowds over the weekend, but riders landed in northern France to learn of the horrific shooting in Copenhagen which left at least three people dead on Sunday.

Tour organisers ASO issued a statement expressing “sympathy and compassion” for the victims.

“The Tour is extremely shocked and saddened to hear of what has happened in Copenhagen,” the statement added.

“The people of Copenhagen had given the peloton one of the greatest welcomes in the sport’s history, forging deep bonds with all its followers. The entire caravan of the Tour de France sends its sincerest condolences to the victims and their families.”