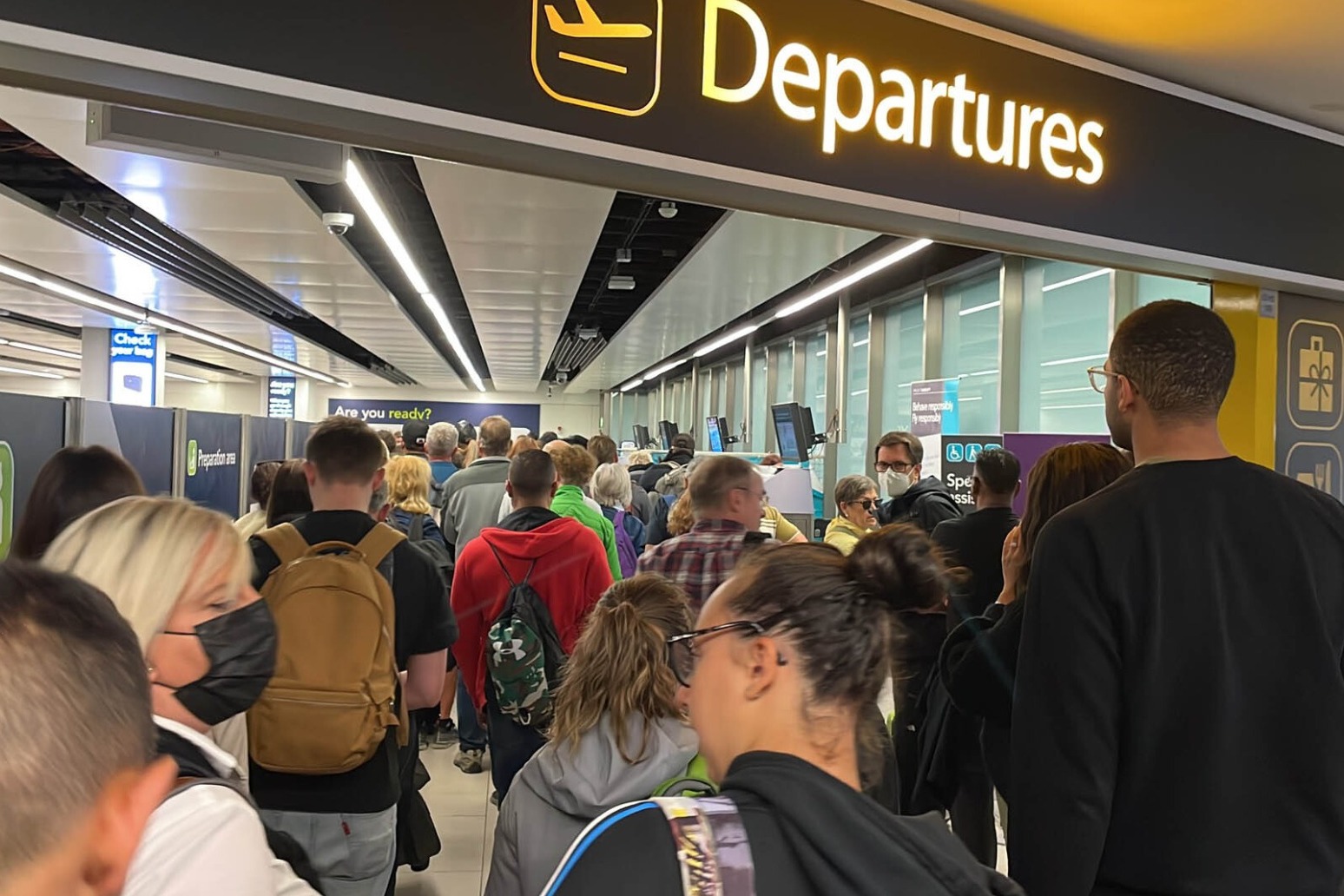 Travel agents are being inundated with telephone calls from customers worried that their summer holidays will be disrupted as flight chaos continues.

Thousands more airline passengers saw their travel plans thrown into disarray on Tuesday as the sector struggles to cope with staff shortages.

She told the PA news agency: “About 30% of all calls that they’re receiving now are from customers that are reading the headlines, have bookings for July and August in the school holidays, and they are worried.”

Ms Bue-Said acknowledged that the situation is “hideous and disappointing” for passengers whose flights are being cancelled.

But she said travel agents are attempting to reassure customers that “in the vast majority of cases flights are departing and arriving”.

She added: “We’re trying to give a bit of perspective.”

EasyJet axed at least 35 flights on Tuesday, with Gatwick the worst affected airport.

In recent months many passengers whose flights have gone ahead reported being stuck in airport queues for several hours.

Ms Bue-Said revealed that the number of people who jetted off during last week’s half-term school holiday was 21% higher than 2019 levels, while summer holiday bookings are at around 80% of normal.

This represents a “huge surge in demand” compared with the previous two years when the industry was “shut down” due to coronavirus restrictions.

She said: “The significant surge has created a bottleneck in the system.

“The industry is now working really hard to make sure that over the next few weeks we are building resilience and scaling up as much as we can from a workforce point of view to meet customer demand and, frankly, give them a much better experience in some cases than they’re experiencing now.”

She added: “I’m confident that the industry will get to a point where these bottlenecks will be sorted.”