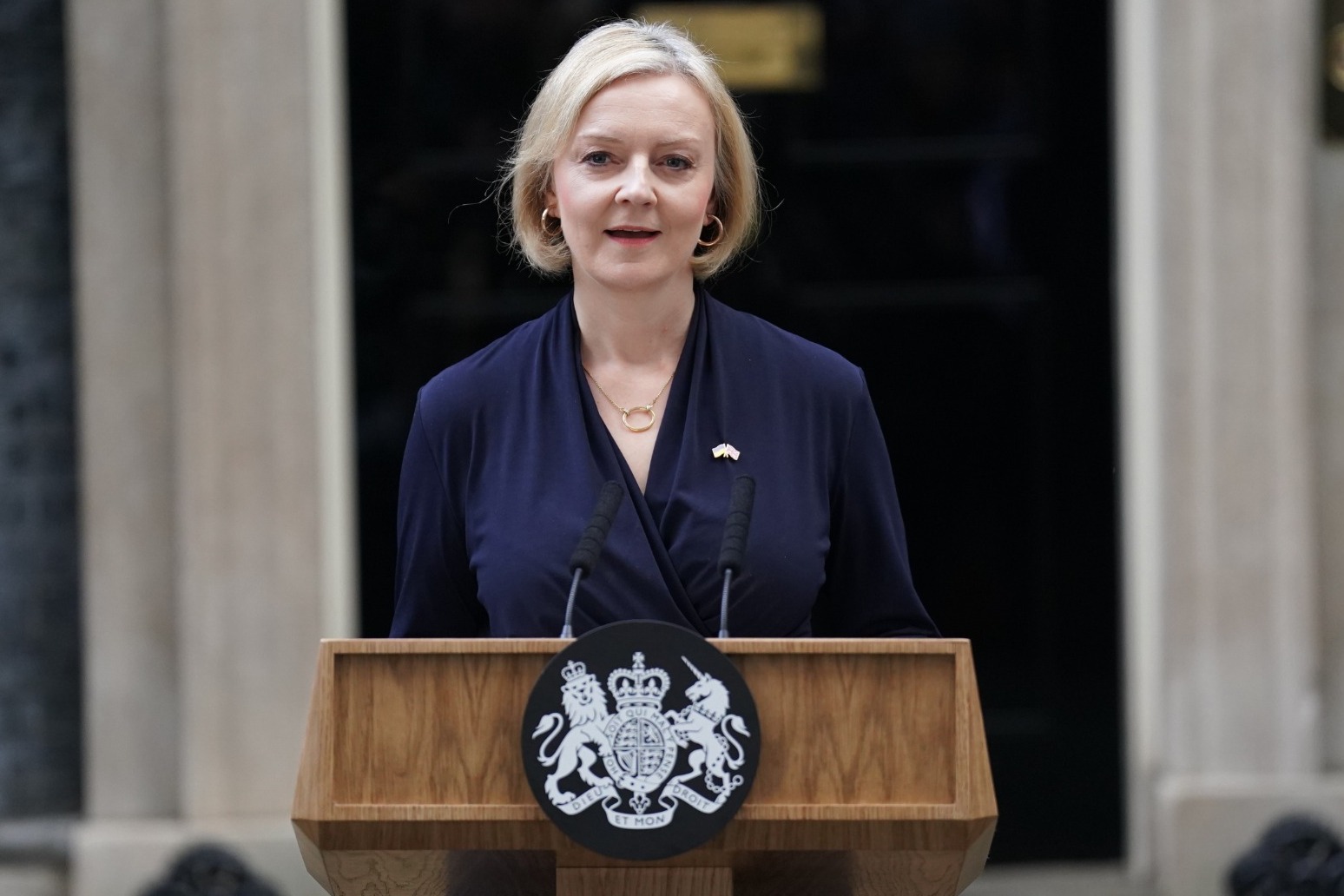 Liz Truss has announced her resignation after a chaotic 44 days in office during which she lost the confidence of Tory MPs and the public and oversaw economic turbulence.

She is set to become the shortest serving Prime Minister in history after she battled an open revolt from Conservatives demanding her departure.

Speaking from a lectern in Downing Street, Ms Truss said she had told the King she was resigning as the leader of the Conservative Party as she recognised she “cannot deliver the mandate” which Tory members gave her little over six weeks ago.

She held talks with the chairman of the 1922 Committee of backbench Conservatives Sir Graham Brady and agreed to a fresh leadership election “to be completed within the next week”.

“This will ensure that we remain on a path to deliver our fiscal plan and maintain our country’s economic stability and national security,” she added, as she was accompanied by husband Hugh O’Leary.

“I will remain as Prime Minister until a successor has been chosen.”

Labour leader Sir Keir Starmer demanded a general election “now” so that the nation can have “a chance at a fresh start”.

Her resignation came just a little over 24 hours after she told MPs she was a “fighter, not a quitter”.