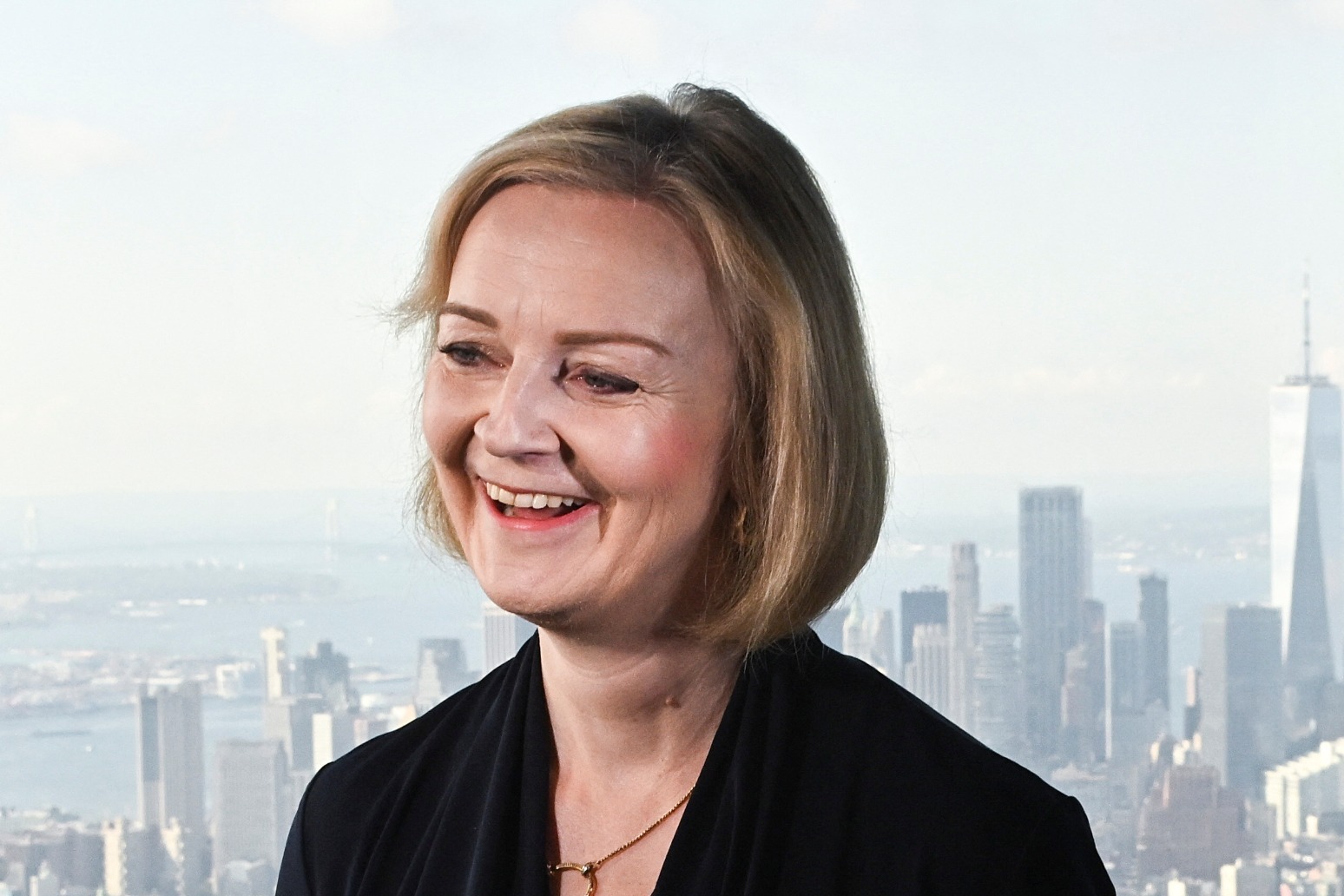 Vladimir Putin is desperately trying to justify a “catastrophic” failure in Ukraine, Liz Truss has said, accusing the Russian president of “sabre rattling” after he warned his country would use “all the means at our disposal” to protect itself.

It comes as world leaders gather at a United Nations summit in New York to discuss the ongoing Russian assault on Ukraine.

The Russian president’s comments in a televised address to the nation appeared to suggest the conflict in Ukraine could spiral into a nuclear crisis.

He announced a partial military mobilisation, with 300,000 reservists set to be called up as the Kremlin attempts to regain ground in the face of a counter-attack by Ukraine’s forces.

And Mr Putin said “it’s not a bluff” when he vowed that Russia would use its weapons of mass destruction if its territory was threatened.

The Russian leader accused the West of “nuclear blackmail” and claimed “high-ranking representatives of the leading Nato states” had talked about the possibility of using weapons of mass destruction against Russia.

“To those who allow themselves such statements regarding Russia, I want to remind you that our country also has various means of destruction,” Mr Putin said.

Ms Truss, addressing the United Nations General Assembly, praised the “strength of collective purpose” in response to Mr Putin’s invasion so far, but warned that support for Ukraine must not wane.

She said: “In Ukraine, barbarous weapons are being used to kill and maim people. Rape is being used as an instrument of war. Families are being torn apart.

“And this morning we have seen Putin desperately trying to justify his catastrophic failures.

“He is doubling down by sending even more reservists to a terrible fate.

“He is desperately trying to claim the mantle of democracy for a regime without human rights or freedoms.

“And he is making yet more bogus claims and sabre-rattling threats.

“This will not work. The international alliance is strong – Ukraine is strong.”

The Prime Minister told fellow world leaders that the UK will spend 3% of GDP on defence by 2030, repeating a promise she made when she campaigned to become Tory leader.

She said: “In the face of rising aggression we have shown we have the power to act and the resolve to see it through. But this must not be a one-off.

The Prime Minister also drew an explicit link between the war in Ukraine and the energy crisis facing the UK and countries across Europe, as she promised not to be “coerced or harmed” by cutting off “toxic power and pipelines” from authoritarian regimes.

She said: “We will ensure we cannot be coerced or harmed by the reckless actions of rogue actors abroad.

“We will transition to a future based on renewable and nuclear energy whilst ensuring that the gas used during that transition is from reliable sources including our own North Sea production.”

The comments by Mr Putin prompted stern responses from other world leaders, with US president Joe Biden using his speech at the UN General Assembly to condemn the Russian president’s “reckless disregard” for the country’s responsibilities as a signatory to the Treaty on the Non-Proliferation of Nuclear Weapons.

European Commission president Ursula von der Leyen, following a meeting with Ms Truss, said: “We condemn Putin’s actions and agree that his calls to mobilise parts of the population are a sign of weakness. Russia’s invasion is failing.”

Moscow-controlled regions in eastern and southern Ukraine are set to hold referenda on becoming parts of Russia, which could give the Kremlin the pretext for a wider war because Mr Putin would be able to claim parts of his state were being attacked.

Foreign Secretary James Cleverly said the UK would never recognise the results of “sham referendums” which were “held at the barrel of a gun”.

Defence Secretary Ben Wallace said Mr Putin’s actions were “an admission that his invasion is failing” and “Russia is becoming a global pariah”.

Melinda Simmons, the UK’s ambassador in Kyiv, said the Russian president’s “essential weakness” was “he still refuses to understand Ukraine”.

A British defence intelligence update suggested Mr Putin was being forced to undermine his own public position that the war in Ukraine was a “special military operation” rather than a full-scale conflict.

“These new measures have highly likely been brought forward due to public criticism and mark a further development in Russia’s strategy,” the Ministry of Defence said.

“Putin is accepting greater political risk by undermining the fiction that Russia is neither in a war nor a national crisis in the hope of generating more combat power.”

The Prime Minister, who held talks with the US president on Wednesday, is using her visit to the United Nations to rally support for Ukraine.