Truss on the brink after Braverman exit and Commons chaos 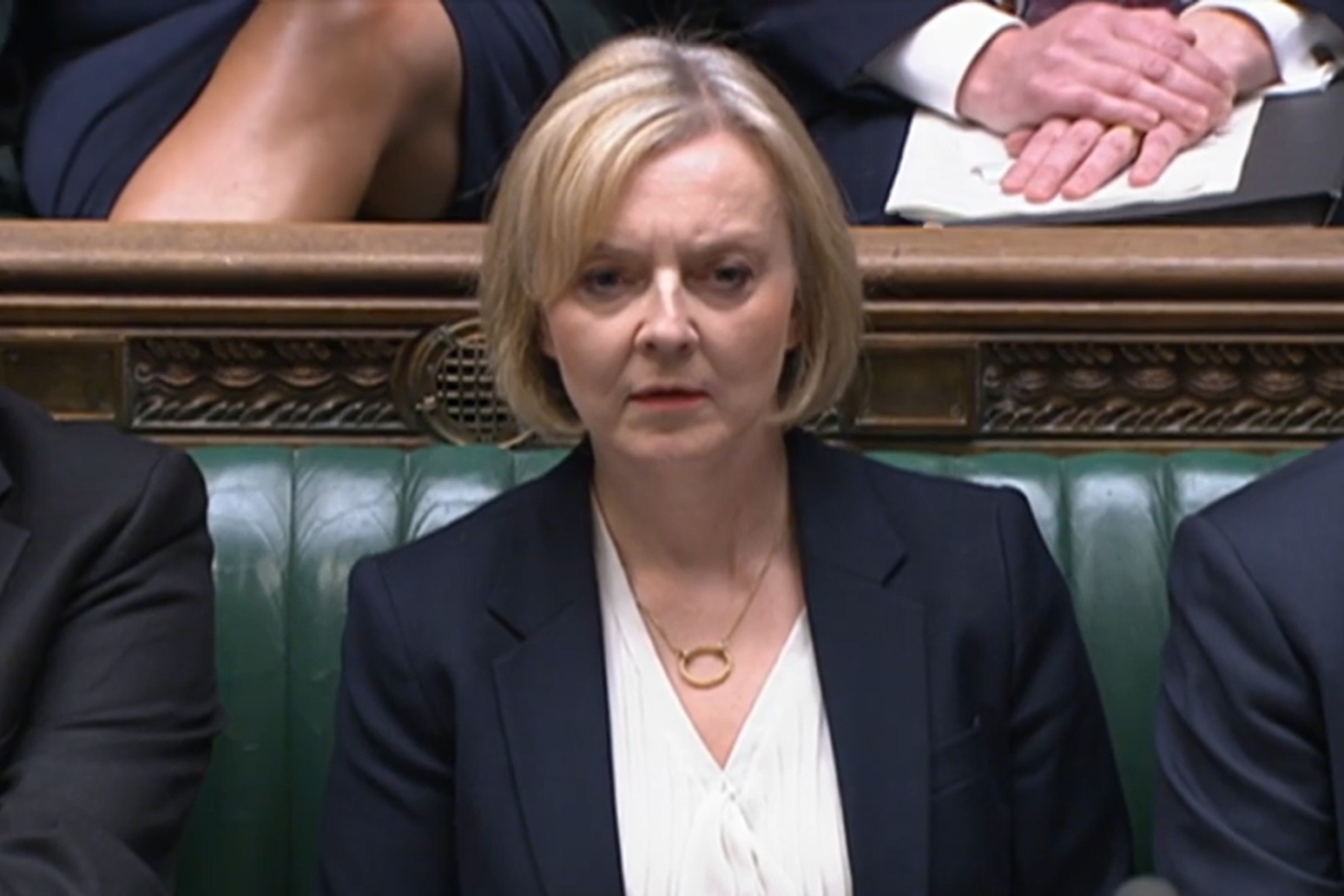 Liz Truss’s Government is teetering on the brink of collapse after another chaotic day which saw the acrimonious resignation of her home secretary, mayhem in the Commons over a fracking vote and confusion over whether the Chief and Deputy Chief Whip had quit.

Suella Braverman lashed out at Ms Truss’s “tumultuous” premiership as she quit and accused the Government of “breaking key pledges”.

Her exit, coming just five days after Kwasi Kwarteng’s sacking as chancellor, means the Prime Minister has lost two people from the four great offices of state within her first six weeks in office, with all eyes on whether other Cabinet ministers could follow suit.

The exodus appeared to continue with speculation that Chief Whip Wendy Morton and her deputy Craig Whittaker walked out after a last-minute U-turn on a threat to strip the whip from Conservative MPs if they backed a Labour challenge over fracking.

It came after climate minister Graham Stuart told the Commons minutes before the vote that “quite clearly this is not a confidence vote”, despite Mr Whittaker earlier issuing a “100% hard” three-line whip, meaning any Tory MP that rebelled could be thrown out of the parliamentary party.

In extraordinary scenes at Westminster, Cabinet ministers Therese Coffey and Jacob Rees-Mogg were among a group of senior Tories accused of pressuring colleagues to go into the “no” lobby, with Labour former minister Chris Bryant saying some MPs had been “physically manhandled into another lobby and being bullied”.

Business Secretary Mr Rees-Mogg insisted he had seen no evidence of anyone being manhandled, but senior Tory MP Sir Charles Walker said what took place was “inexcusable” and “a pitiful reflection on the Conservative Parliamentary Party”.

“I saw Wendy looking very unhappy in the lobby and then she stormed out,” senior Tory backbencher Sir Roger Gale told the PA news agency, while Mr Whittaker was reported to have uttered expletives as he left.

After hours of uncertainty over their departure, Downing Street was forced to issue a clarification that both “remain in post”.

Labour’s fracking ban motion was defeated by 230 votes to 326, with the division list showing 40 Conservative MPs did not vote.

Downing Street warned that “proportionate disciplinary action” would be taken against Tory MPs who failed to back the Government in the fracking vote.

A No 10 spokesman said: “The Prime Minister has full confidence in the Chief and Deputy Chief Whip.

“Throughout the day, the whips had treated the vote as a confidence motion. The minister at the despatch box was told, mistakenly, by Downing Street to say that it was not.

“However, Conservative MPs were fully aware that the vote was subject to a three line whip.

“The whips will now be speaking to Conservative MPs who failed to support the government. Those without a reasonable excuse for failing to vote with the government can expect proportionate disciplinary action.”

In a sign of the growing pressure on Ms Truss, Tory former Brexit minister Lord David Frost joined calls for her to step down.

“As Suella Braverman made so clear this afternoon, the Government is implementing neither the programme Liz Truss originally advocated nor the 2019 manifesto. It is going in a completely different direction,” the Conservative peer, who backed Ms Truss to be Prime Minister, wrote in The Telegraph.

“There is no shred of a mandate for this. It’s only happening because the Truss Government messed things up more badly than anyone could have imagined … Something has to give”.

Paul Goodman, the editor of the influential ConservativeHome website, said he had never “never seen anything like the chaos” of Wednesday.

Sir Charles, visibly emotional, told BBC News: “As a Tory MP of 17 years … I think it’s a shambles and a disgrace. I think it is utterly appalling. I’m livid.”

Several Tory MPs sided with him, including Maria Caulfield, who tweeted: “Tonight we are all Charles Walker.”

There is speculation that the chairman of the Tory backbench 1922 Committee, Sir Graham Brady, has already received more than 54 letters calling for a no-confidence vote in the Prime Minister, the threshold for triggering one if Ms Truss was not in the 12 months’ grace period for new leaders.

In a barely coded dig at the Prime Minister whose disastrous mini-budget sparked financial turmoil, Ms Braverman wrote in her resignation letter: “I have made a mistake; I accept responsibility; I resign”.

The letter continued: “The business of government relies upon people accepting responsibility for their mistakes.

“Pretending we haven’t made mistakes, carrying on as if everyone can’t see that we have made them, and hoping that things will magically come right is not serious politics.

“It is obvious to everyone that we are going through a tumultuous time.”

In an attempt to rescue her ailing leadership, Ms Truss replaced Ms Braverman with Grant Shapps, a backer of her rival Rishi Sunak in the Tory leadership race and a critic of her subsequently-abandoned plan to abolish the top rate of income tax.

The former transport secretary spent the Conservative Party conference earlier this month warning that Tory MPs would not “sit on their hands” in ousting Ms Truss without improvement.

Speaking to reporters outside the Home Office, he acknowledged a “turbulent time” but said he is looking forward to getting on with the job “regardless of what’s happening otherwise in Westminster”.

Sir Roger Gale said the chaos over the fracking vote had been a “storm in a teacup”, and that the appointment of Mr Shapps could strengthen Ms Truss’s position.

“The Braverman issue is rather more fundamental, but I think on balance it’s possible the Prime Minister might come out of it actually stronger rather than weaker,” the veteran backbencher told the PA news agency.

“We need people in the Government who are grown-up and experienced and understand real politics.”

He told ITV’s Peston: “The Prime Minister cannot be removed, whether she goes or not is up to her.”

Ms Braverman, a former attorney general, admitted sending an “official document from my personal email” to a parliamentary colleague.

She acknowledged that constituted a “technical infringement of the rules”, but made clear a major rift with Ms Truss in her resignation letter.