Truss says free world must support Ukraine whatever it takes 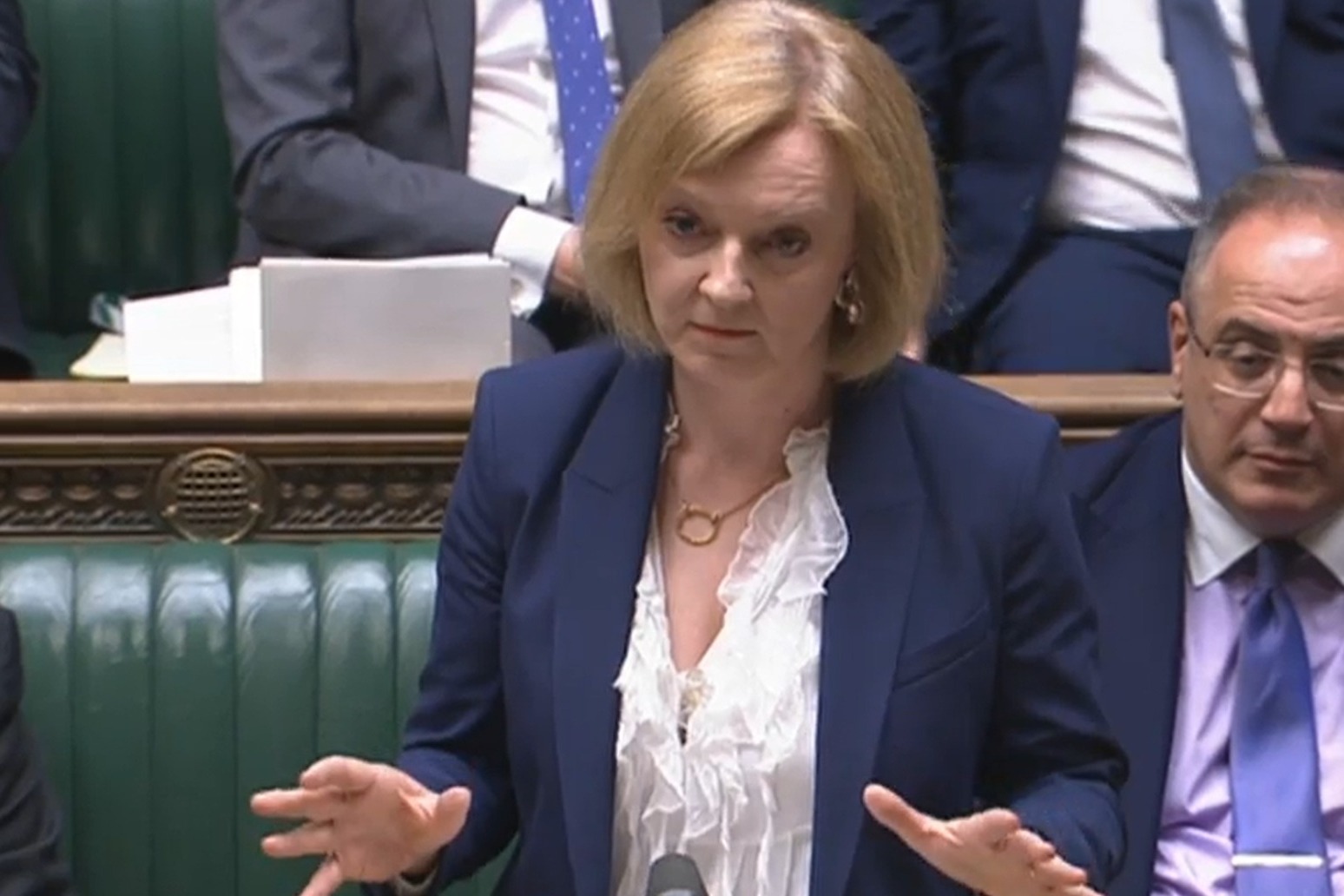 Liz Truss has said it is Britain and the free world’s duty to “do whatever it takes to support” Ukraine in rebuilding its economy as quickly as possible.

The Foreign Secretary told a recovery conference in Switzerland on Monday that the UK will “remain at Ukraine’s side” as the war-torn nation emerges “stronger and more successful” after the conflict.

Ukrainian President Volodymyr Zelensky told leaders gathered at the event that rebuilding Ukraine is the “common task of the whole democratic world”.

Ms Truss said the UK will champion the recovery of the capital of Kyiv and the surrounding region at Mr Zelensky’s request.

But attempts to recover and rebuild are made more challenging by Russian President Vladimir Putin’s ability to strike the capital with missiles as his forces make creeping advances in the east.

Ms Truss emphasised the need to “help Ukraine recover its economy in the shortest possible time frame” as she set out a vision to give immediate support and long-term commitments to work alongside the Ukrainians.

“Ukraine’s recovery from Russia’s war of aggression will be a symbol of the power of freedom and democracy over autocracy. It will show Putin that his attempts to destroy Ukraine have only produced a stronger, more prosperous and more united nation,” she said.

“The United Kingdom is resolute in its support for Ukraine’s territorial integrity and we will remain at Ukraine’s side as it emerges a strong and thriving democracy.

“We’ve led on support for Ukraine during the war and we will continue to lead in supporting the Ukrainian government’s reconstruction and development plan.”

She said that this needs to be a “new Marshall Plan”, echoing the one used to rebuild Europe after the Second World War.

Ms Truss also said the Government is mulling seizing the assets of Russians in the UK in order to give them to Ukraine.

“As the Prime Minister mentioned, the United Kingdom is actively looking at how we legislate to seize assets from those who have contributed to this appalling war – it’s vitally important that we acquire those funds for the reconstruction of Ukraine,” she said.

Ms Truss announced plans to host next year’s recovery conference, as well as the UK’s involvement in a supervisory board to coordinate the international recovery process.

“It must involve all of those who have been active in helping Ukraine defend itself and who back Ukraine for the long term, through thick and thin, whatever it takes,” she said.

The Russian president has focused his assault on the eastern regions of Luhansk and Donetsk after withdrawing from the offensive in Kyiv as his troops faced fierce resistance.

Russia hit Kyiv with missile strikes last week in what Ukrainians called an intimidation attempt as they seek a return to normal life while still under siege.

Authorities said at least 19 people including two children were killed in a separate missile attack in the town of Serhiivka near Odesa on Friday.

A further 19 were killed and 62 injured in a missile strike on a shopping centre in the central city of Kremenchuk on Monday, Ukrainian authorities said.