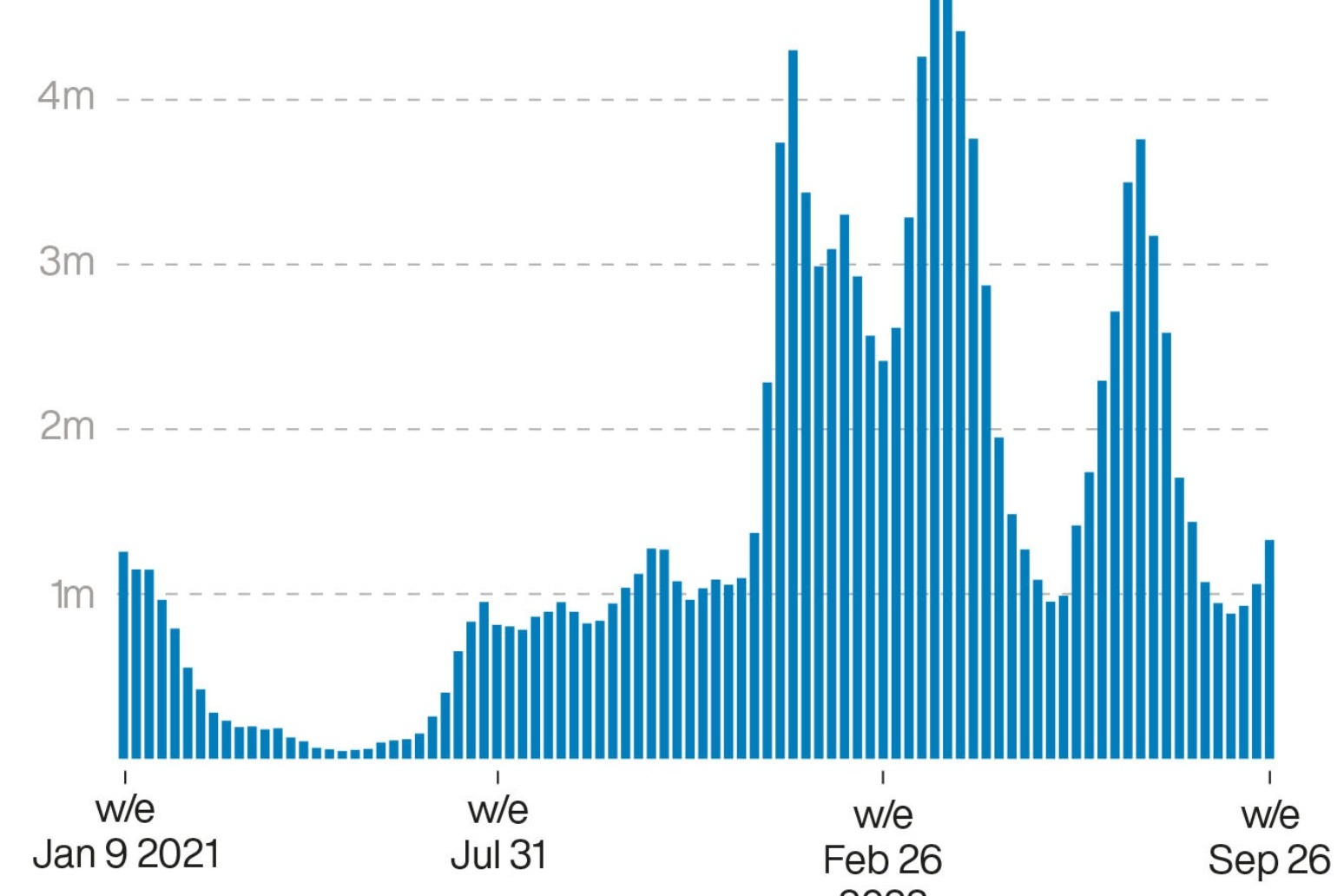 Total Covid-19 infections in the UK have jumped 25% to their highest level since mid-August, though not all parts of the country are currently experiencing a rise.

England and Northern Ireland have both seen an increase, while the trend in Scotland and Wales is uncertain.

There has also been a “marked” rise in infection levels among over-70s.

Some 1.3 million people in private households across the UK are likely to have tested positive for coronavirus in the week to September 26, according to the Office for National Statistics (ONS).

This is up from 1.1 million in the previous week.

It is the highest UK-wide total since the week to August 16 but is still some way below the 3.8 million weekly infections in early July, at the peak of the wave caused by the Omicron BA.4/BA.5 subvariants of the virus.

There is a lag in the reporting of the ONS data, due to the time it takes for the survey to be compiled.

More recent figures show the number of people in hospital who have tested positive for Covid-19 is now on a clear upwards trend in much of the country, signalling a fresh wave of coronavirus is under way.

“The rest of the UK is a mixed picture, with uncertain trends in Wales and Scotland and a recent increase in Northern Ireland.

“Amongst the over-70s there has been a marked increase in infections in England this week, a trend which we will closely monitor as the winter months progress.”

In England, the number of people testing positive for coronavirus in the latest survey was 1.1 million, or around one in 50 – up from 857,400 or one in 65, in the previous week.

This is the first time the figure for England has been above one million since the week to August 16.

In both Scotland and Wales the trend is described by the ONS as “uncertain”.