UK Foreign Secretary in Spain for meetings with counterpart 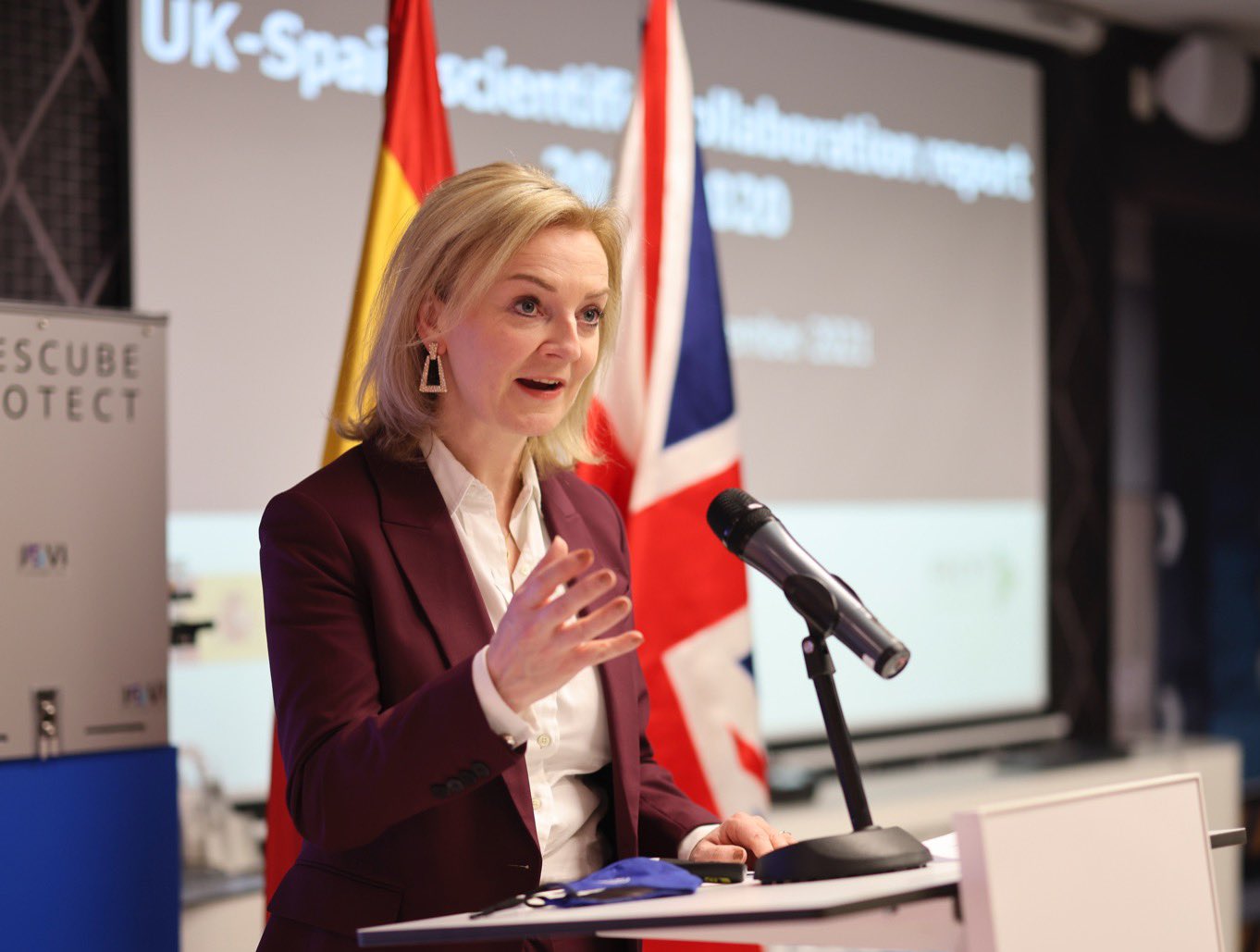 The UK’s Foreign Secretary – Liz Truss – has held a meeting in Madrid with her Spanish counterpart – José Manuel Albares – where the pair discussed closer co-operation on a number of global issues.

During her visit, she also met with business and tech leaders in the country in an effort to help boost economic and trade ties between both countries.

This meeting comes a fortnight after their meeting in Riga, during the NATO Foreign Ministers Summit at which both Ministers underlined their commitment to a Political Framework for a UK-EU Gibraltar Treaty and to swiftly concluding negotiations.

She is due to meet with other industry leaders as well as publish a report on scientific collaboration between the UK and Spain before she returns later today.