UK plans to renege on an international treaty regrettable 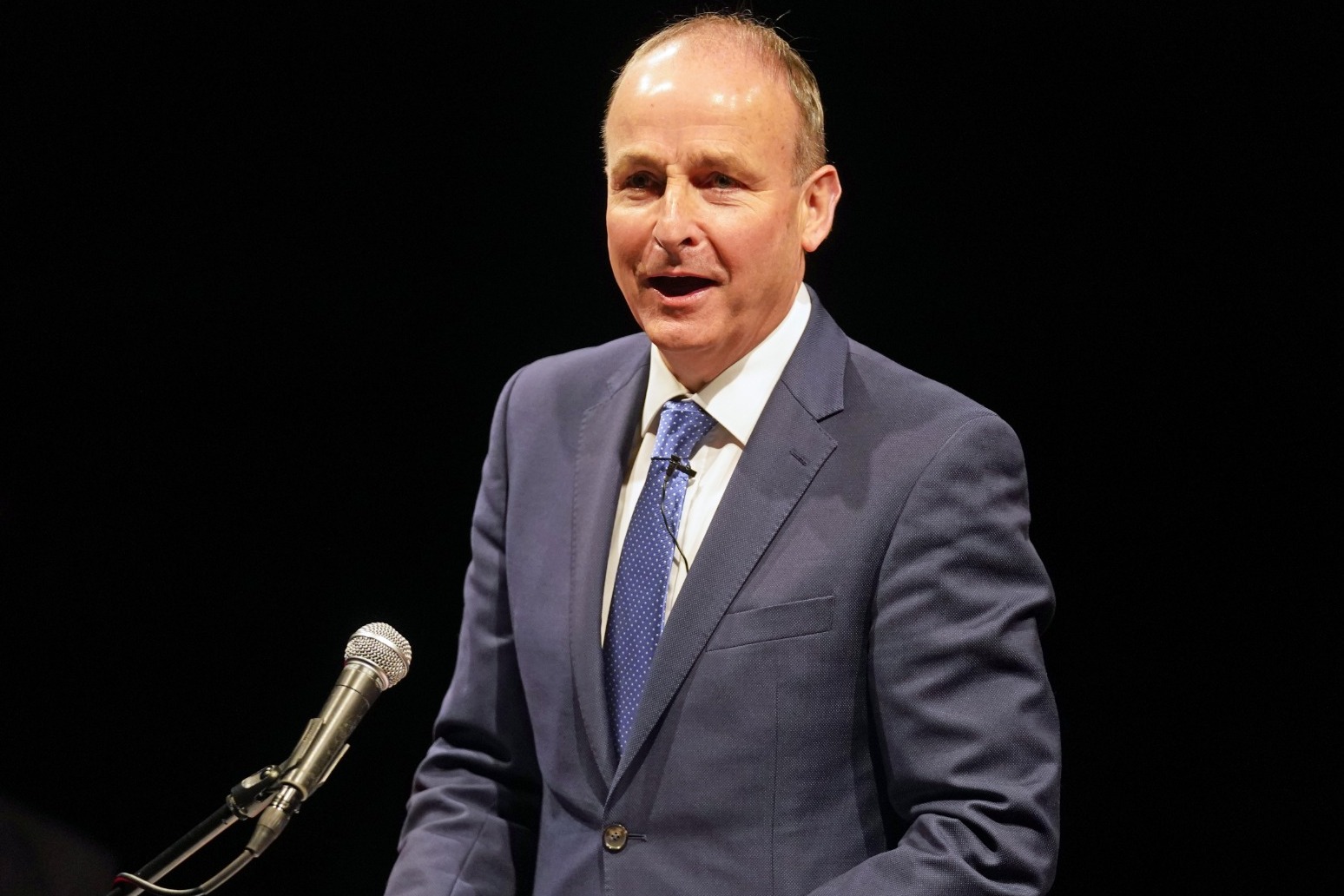 Irish premier Micheal Martin has said it is regrettable that the UK is to renege on an international treaty.

Mr Martin said he rejects the assertions from the British Government that the EU has not been flexible during negotiations.

He criticised the British Government’s plan to introduce a Bill to unilaterally amend the Northern Ireland Protocol.

Speaking in Co Cork on Monday, Mr Martin said the way to resolve the impasse is through substantive negotiations.

“It’s very regrettable for a country like the UK to renege on an international treaty,” he said.

“I think it represents a new low point because the natural expectation of democratic countries like ourselves, the UK and all across Europe is that we honour international agreements that we enter into.”

The British Government has defended the new Bill, saying it is “lawful” and “correct”.

The legislation will give ministers powers to override elements of the protocol, which was jointly agreed by the UK and EU as part of the Brexit Withdrawal Agreement to keep the Irish land border free-flowing.

The arrangements instead require regulatory checks and customs declarations on goods moving between Great Britain and Northern Ireland.

Mr Martin said the agreement was ratified by British parliament and approved by Boris Johnson.

“I’ve had this discussion with him and, in our view, the only way to resolve issues around the operation of the protocol is to have substantive negotiations between the UK and the EU,” Mr Martin added.

“We do not accept the presentation by the British Government and certain ministers to the effect that the EU is inflexible. That is most definitely not the case and the EU has been very proactive in the last year in endeavouring to seek solutions to issues around the operation of the protocol.”

He called on the British Government to enter into negotiations and discussions to resolve the issues.

He added: “Sectors like manufacturing, dairy and meat are benefitting from the protocol and in fact many people in the industry are very concerned about the dual regulatory framework that’s been put forward by the British Government, and feel that would undermine their practices.

“The British Government needs to engage with business and industry in Northern Ireland and not make the situation worse for them because ultimately what the protocol is about really is creating the best possible opportunities for the people of Northern Ireland.

“The British Government has a tendency to big up decisions like this and then once they announce them try to trivialise them.

“Essentially announcing the unilateral breaching of an international agreement is serious stuff and can’t be put to one side.

“I’m still very concerned that we are currently witnessing a denial of democracy where we have had an Assembly election and yet we don’t have an Assembly convened.

“The people’s voice needs to be reflected in the institutions being put in place, the Assembly in particular, and the Executive.”

Simon Coveney said the new Bill “marks a particular low point in the UK’s approach to Brexit”, and accused the UK Government of deliberately trying to ratchet up tensions around the Northern Ireland Protocol.

Mr Coveney expressed his concern after a morning phone call with Foreign Secretary Liz Truss about the UK’s legislative plan to override aspects of the protocol.

During the call, which lasted 12 minutes, Ms Truss said she intends to publish the legislation on Monday.

“We remain open to dialogue to find agreement but his approach adds to instability and is no fix.”

A spokesman for the Department of Foreign Affairs said: “Mr Coveney said publishing legislation that would breach the UK’s commitments under international law, the Brexit Withdrawal Agreement and Northern Ireland Protocol is deeply damaging to relationships on these islands and between the UK and EU.

“Mr Coveney said it marks a particular low point in the UK’s approach to Brexit, especially as Ms Truss has not engaged with negotiations with the EU in any meaningful way since February.

“Mr Coveney repeated that the protocol is the negotiated solution, ratified by Westminster, to the hard Brexit pursued by the UK Government.

“The UK’s unilateral approach is not in the best interest of Northern Ireland and does not have the consent or support of the majority of people or business in Northern Ireland.

“Far from fixing problems, this legislation will create a whole new set of uncertainties and damage relationships.”

The Bill due to come before Parliament will see the Government move without the consent of the EU to change the terms of the protocol in a bid to reduce the checks on the movement of goods across the Irish Sea.

This could include allowing ministers to remove all customs processes for goods moving within the United Kingdom and enable the frictionless movement of agri-food goods staying within the UK.

It could also see businesses in Northern Ireland given the ability to choose whether to follow UK or EU regulations, depending on who they are trading with.