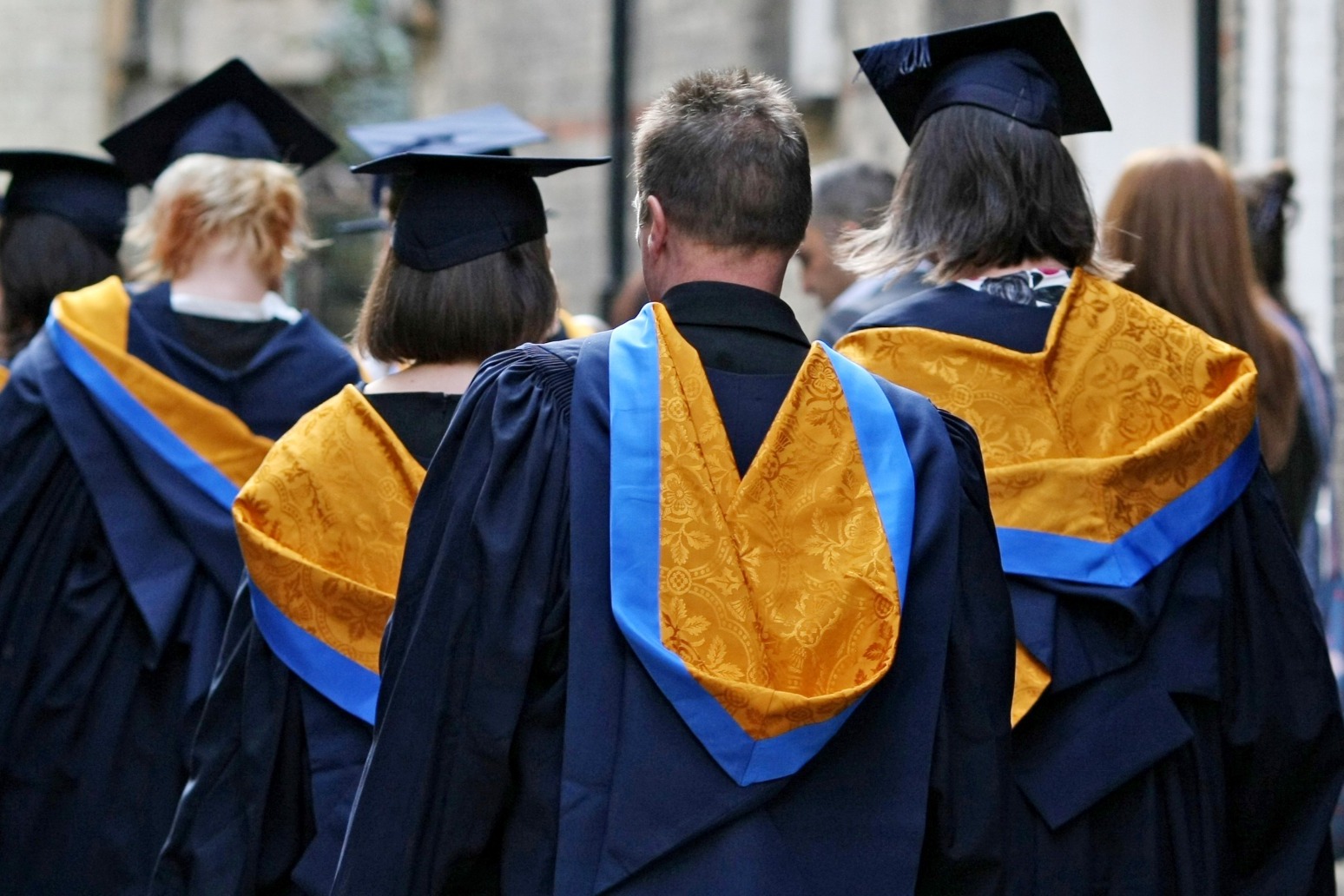 A banner in support of Ukraine has been tied between the two spires on King’s College Chapel at the University of Cambridge.

The sign reads “Slava Ukraini”, which roughly translates to “Glory to Ukraine” and also features a Ukrainian flag.

Students and Cambridge locals took to social media on Friday morning to document the emergence of the banner which is hung across the top of the 80-foot building in the city centre.

Access to the top of the landmark building is often exploited by students at the college, such as when Santa hats were placed on the chapel roof at Christmas in 2009.

A spokesperson for King’s College said: “The King’s community is appalled by the suffering and loss of life inflicted by the Russian military across Ukraine in recent months, and the disastrous effect the hostilities are having on the lives of thousands of people, including displaced students and scholars.

“While we regret the risks associated with the installation of a banner hung between the spires of the chapel, both in regard to the physical fabric of the historic building, and to the dangers now posed to those required to remove it, we are fully supportive of its sentiment.

“Since the invasion we have been providing assistance to researchers stranded by the outbreak of war, as well as recently appointing the first of three displaced scholars to postdoctoral positions within the College, and establishing a fund for refugee students from all areas of conflict.”