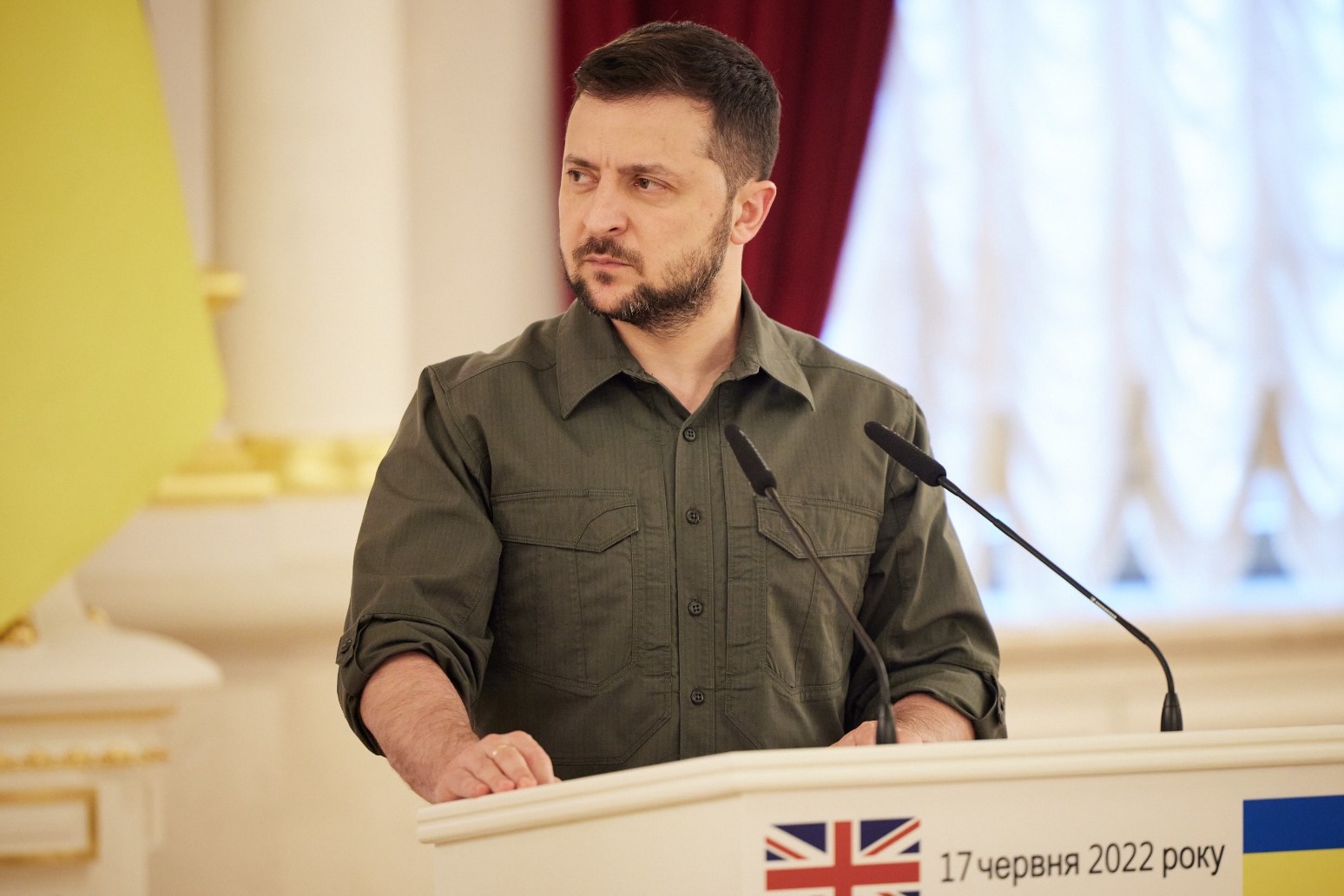 A Ukrainian MP has said that for the first time since the Russian invasion she is “actually feeling OK” after the army reclaimed large parts of territory in a counter-offensive operation.

A Ukrainian MP has said that for the first time since the Russian invasion she is “actually feeling OK” after the army reclaimed large parts of territory in a counter-offensive operation.

Inna Sovsun, the deputy leader of the Holos Party, said the speed at which Russian forces retreated was “amazing and unbelievable” and she was “cautiously optimistic” – adding that Ukraine’s success “wouldn’t be possible” without the UK’s support.

Reports on Monday from the Ukrainian military stated that home forces successfully freed more than 20 settlements in 24 hours, capturing territory at least twice the size of greater London, according to the UK Ministry of Defence (MoD).

“For the first time since February 24, I can say I’m actually feeling OK,” Ms Sovsun told the PA news agency.

“I’m trying to be extremely cautious in being optimistic because we do understand that no matter how magnificent this counter-offensive is, it still is going to take a long time and many efforts and unfortunately many victims before we actually take back the rest of the territory.

“What is more important is not the percentage of land that we have taken, even though in itself that is amazing and unbelievable, but how fast the Russian army just collapsed.

Ms Sovsun also referenced reports that some Russian forces “completely left one of the towns in the Donetsk region” before Ukrainian troops even arrived, though these are yet to be confirmed.

This has raised morale and support for Ukraine in the country and beyond.

While travelling on a train through Krakow back to Ukraine after news of the advances broke, Ms Sovsun said she overheard a woman tell her teenage son: “The Russians should run to hell.”

She said: “They were reading the news on the train from Krakow airport to the train station, and the woman said ‘so the Russians are running to the border, well, they should run to hell’.”

In contrast, Ms Sovsun revealed that she has seen messages from a Russian propaganda channel on the encrypted messaging service Telegram, where Russian supporters of the war referred to the losses as a “tactical retreat”.

She said: “‘We tactically retreated’, those are the words that they are using.

“I mean good for them, keep on doing that, if that’s your tactic it is a good one and we appreciate it.”

Despite the gains, she expressed concern that the end of the war is not imminent.

“The only thing we allow ourselves to be hyped about is the positive trend, and how fast the chain of command is collapsing,” she said.

“But I wouldn’t say that we are foreseeing the end to this war within a week or a month even unfortunately.

“We have to be wary of the fact that it also comes with sacrifices on our side, there have been people who have been killed.”

She called recent attacks on energy plants in Russia which left several areas, including the second-largest city Kharkiv without power, “pathetic”.

She said providing tanks, which has been a topic of discussion between Western allies and Ukraine since the beginning of the invasion, would be a “breakthrough” for Ms Truss’s premiership.

Ms Sovsun said: “There is one thing that she can do that Johnson didn’t do, which is to supply tanks to Ukraine.

“I think that can be a breakthrough and I think that is where she can show that the new leader is in place… I think that would be a huge bonus to her, and also of course to us.”

The MP said Ukraine’s military success “wouldn’t be possible” without the help of the UK, thanking the Queen for her support before her death on Thursday.

In March, the Queen gave a “generous donation” towards an appeal by charity The Disasters Emergency Committee (DEC), set up to help civilians affected by the conflict.

“It wouldn’t be possible without the help that UK has been providing to Ukraine,” Ms Sovsun said.

“We’re grateful for that, and we appreciate the efforts by the Queen herself as well.

“She was supportive of Ukraine.”