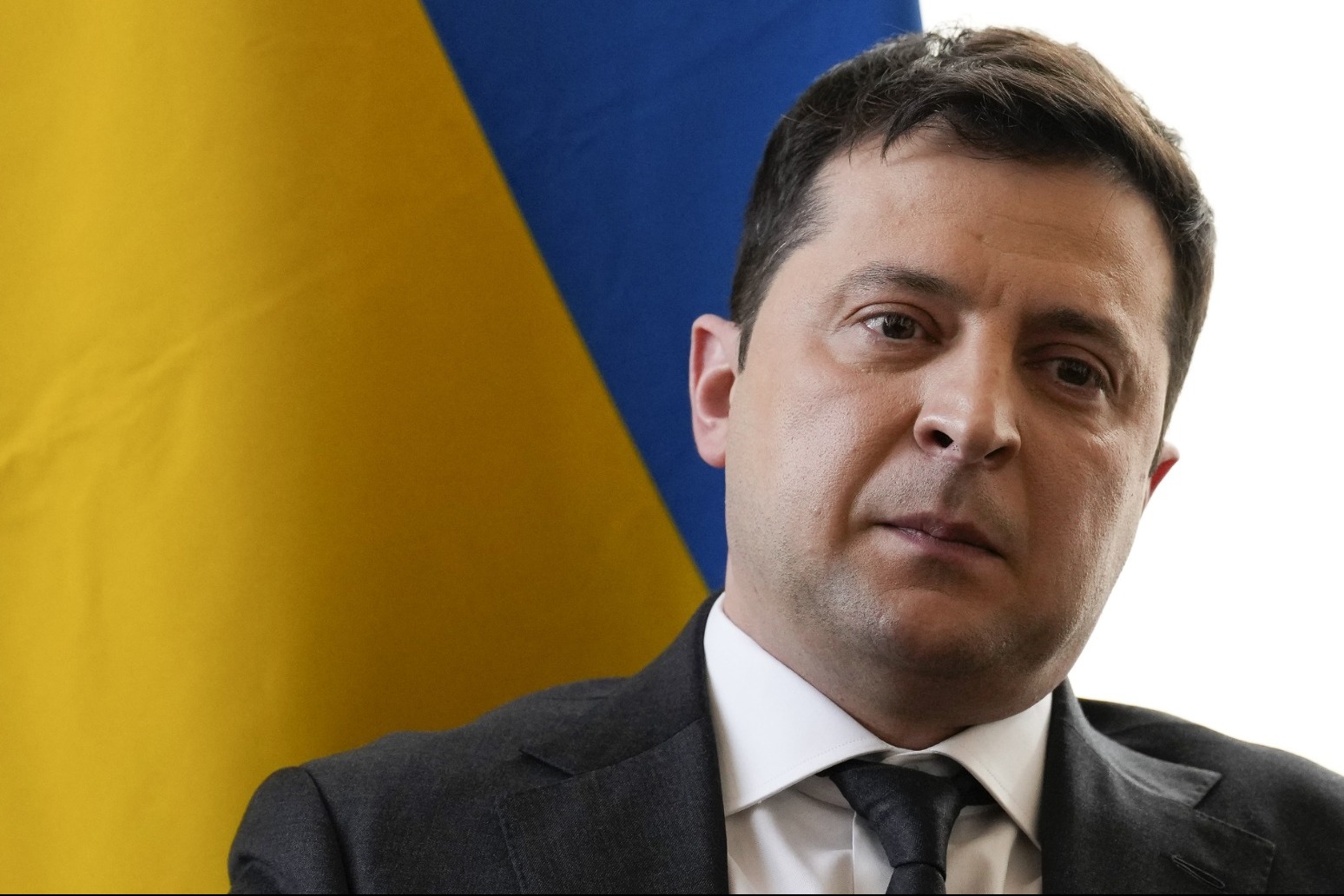 Ukrainian President Volodymyr Zelenskyy has called for Vladimir Putin to meet him for talks amid increasingly dire warnings that Russia plans to invade.

Speaking at the Munich Security Conference, Mr Zelenskyy stressed the need for a peaceful resolution to the crisis, and said the Russian president could pick the location for the meeting.

He said: “I don’t know what the president of the Russian Federation wants, so I am proposing a meeting.

“Ukraine will continue to follow only the diplomatic path for the sake of a peaceful settlement.”

There was no immediate response from the Kremlin.

Mr Zelenskyy made the plea hours after separatist leaders in eastern Ukraine ordered a full military mobilisation and Western leaders warned a Russian invasion of its neighbour appeared imminent.

In new signs of fears that a war could start within days, Germany and Austria told their citizens to leave Ukraine. German air carrier Lufthansa cancelled flights to the capital Kyiv and to Odessa, a Black Sea port that could be a key target in an invasion.

Nato’s liaison office in Kyiv said it is relocating staff to Brussels and to the western Ukraine city of Lviv.

Meanwhile, top Ukrainian military officials came under a shelling attack during a tour of the front of the nearly eight-year separatist conflict in eastern Ukraine.

The officials fled to a bomb shelter before hustling from the area, according to an Associated Press journalist who was on the tour.

Violence in eastern Ukraine has spiked in recent days as Ukraine and the two regions held by the rebels each accused the other of escalation.

Russia on Saturday said at least two shells fired from a government-held part of eastern Ukraine landed across the border, but Ukrainian Foreign Minister Dmytro Kuleba dismissed that claim as “a fake statement”.

Sporadic violence has broken out for years along the line separating Ukrainian forces from the Russia-backed rebels, but the recent shelling and bombing spike could set off a full-scale war.

The United States and many European countries have alleged for months that Russia, which has moved about 150,000 troops near the Ukrainian border, is trying to create pretexts to invade.

“They are uncoiling and are now poised to strike,” US Defence Secretary Lloyd Austin said on Saturday.

US vice-president Kamala Harris met with Mr Zelenskyy at the Munich talks on Saturday and warned the world is at “a decisive moment in history”.

That came after US President Joe Biden said late on Friday that based on the latest American intelligence, he is “convinced” Mr Putin has decided to invade Ukraine and assault the capital, and it could begin in the “coming days”.

Underscoring the West’s concerns of an imminent invasion, a US defence official said an estimated 40% to 50% of the ground forces deployed in the vicinity of the Ukrainian border have moved into attack positions closer to the border.