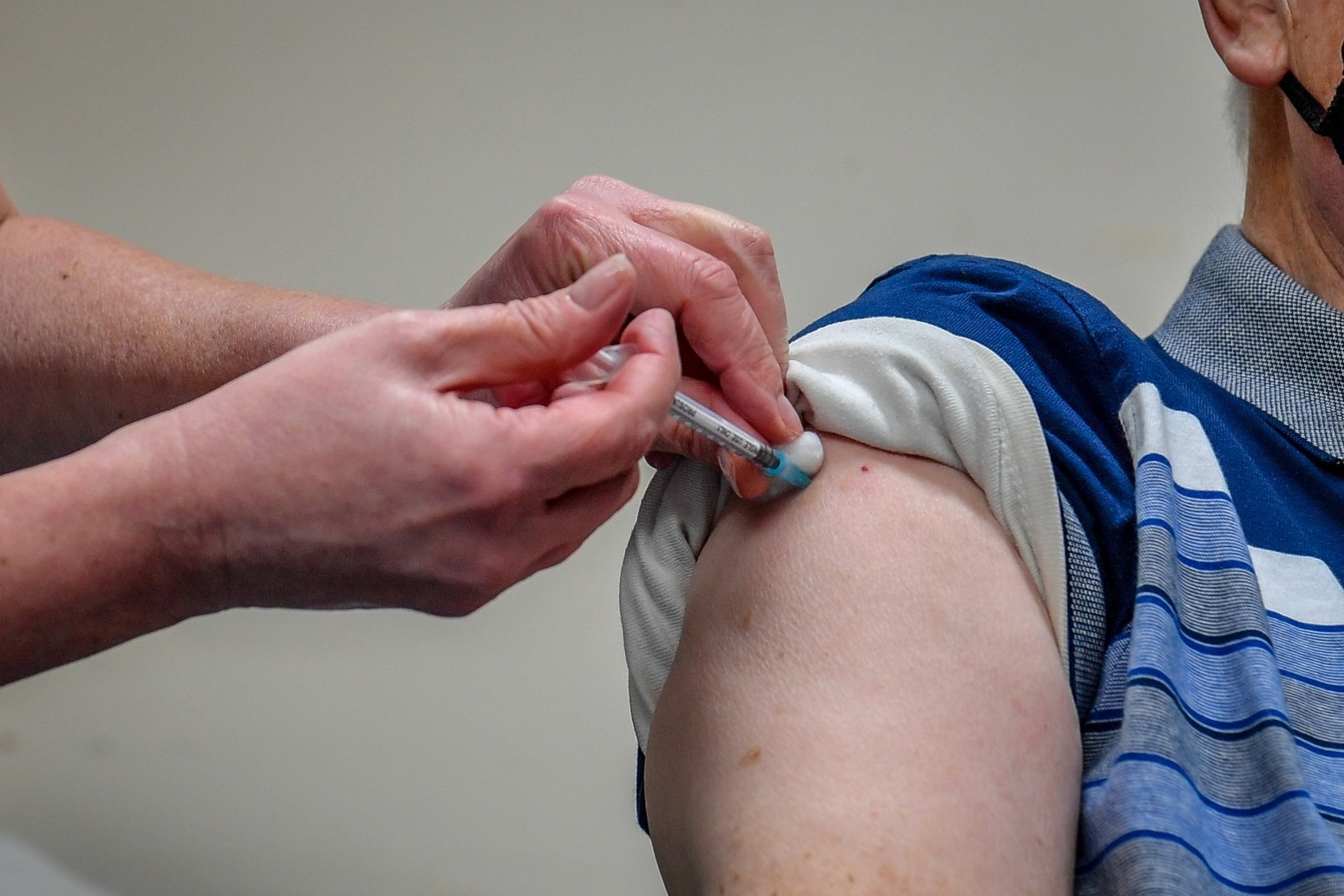 The over-70s could begin getting booster shots to protect them against new coronavirus variants in September under plans for the future of the vaccine rollout.

He told the Telegraph that this would likely begin in September and was said to have added that the Government is expecting up to eight different jabs to be available by the autumn, including one protecting against three different variants in a single dose.

A number will reportedly be manufactured in the UK, which could ease the pressure on supplies amid tensions with the European Union as it faces shortages from AstraZeneca.

Asked when the booster programme would begin, Mr Zahawi told the newspaper: “The most likely date will be September.

“Jonathan Van-Tam (the deputy chief medical officer) thinks that if we are going to see a requirement for a booster jab to protect the most vulnerable, (it) would be around September.”

Ministers were facing pressure to protect the success of the vaccination programme against the import of new variants from overseas, with the Guardian reporting officials met on Friday to consider expanding the travel “red list” mandating hotel quarantine.

Labour’s shadow home secretary Nick Thomas-Symonds said: “The UK Government are yet again doing too little, too late to secure our borders against Covid – and it’s the British people that will pay the price.

“Ministers need to do everything possible to stop new variants reaching the UK – and move to a comprehensive hotel quarantine system now.”

European Union leaders gave their backing to more stringent vaccine shipment controls as the bloc struggles with its rollout, but stopped short of imposing an export ban.

Prime Minister Boris Johnson and US president Joe Biden discussed their vaccination programmes in a call on Friday afternoon.

“The Prime Minister stressed that global access to vaccines will be key to defeating the pandemic,” a Downing Street spokesman said.

The European Medicines Agency (EMA) signed off moves that will increase manufacturing capacity and supply of Covid-19 vaccines.

The EU agency approved the Halix site in Leiden in the Netherlands for the production of AstraZeneca’s active vaccine substance, boosting the licensed sites to four.

And it backed a new manufacturing site in the German city of Marburg, as well as more flexible storage conditions for the Pfizer jab.

However, tensions remained high, with French foreign minister Jean-Yves Le Drian accusing the UK of “blackmail” over its handling of exports.

“The United Kingdom has taken great pride in vaccinating well with the first dose except they have a problem with the second dose,” he told France Info radio.

But his assertion was denied by the UK Government, with a spokesman saying: “We’re on track to meet our vaccination targets and everyone will get their second dose within 12 weeks of their first.”

Meanwhile, the Government was accused by a senior Tory of failing black, Asian and minority ethnic (BAME) communities and young women on hesitancy towards vaccines.

Caroline Nokes, the chairwoman of the Commons Women and Equalities Committee, said in a letter to Mr Zahawi that not tackling the issue could be “devastating” for vaccine hesitant groups as well as wider society.

The vaccines minister told the Telegraph that drive-through vaccination centres could be opened in the coming months in a bid to tackle hesitancy.

“It’s a great way as you do the under-50s, the under-40s, under-30s. Convenience becomes a much greater tool to deploy because you want to make sure for those people, where we think there may be greater hesitancy, we make it as convenient as we can make it,” he said.

The Government announced that retailers in England will be able to stay open until 10pm six days a week when they are permitted to trade again from April 12.

Communities Secretary Robert Jenrick said it will allow them to reopen “safely”, as Chancellor Rishi Sunak encouraged people to “go have fun” by spending their savings.

In Wales, lockdown restrictions were being eased as the “stay local” requirement was dropped on Saturday and people being allowed to stay in self-contained holiday accommodation.

A relaxing of England’s lockdown will take place on Monday when the “stay home” order ends and groups of up to six people, or two households, are able to meet outside.

New figures from the Office for National Statistics (ONS) suggested there was a levelling off in the decline of coronavirus infections in England.

Oxford University’s Professor James Naismith said: “Today’s ONS data are less reassuring than last week; they serve as a caution but not yet evidence we need to change course.”