Vettel tells young offenders they could get jobs in Formula One 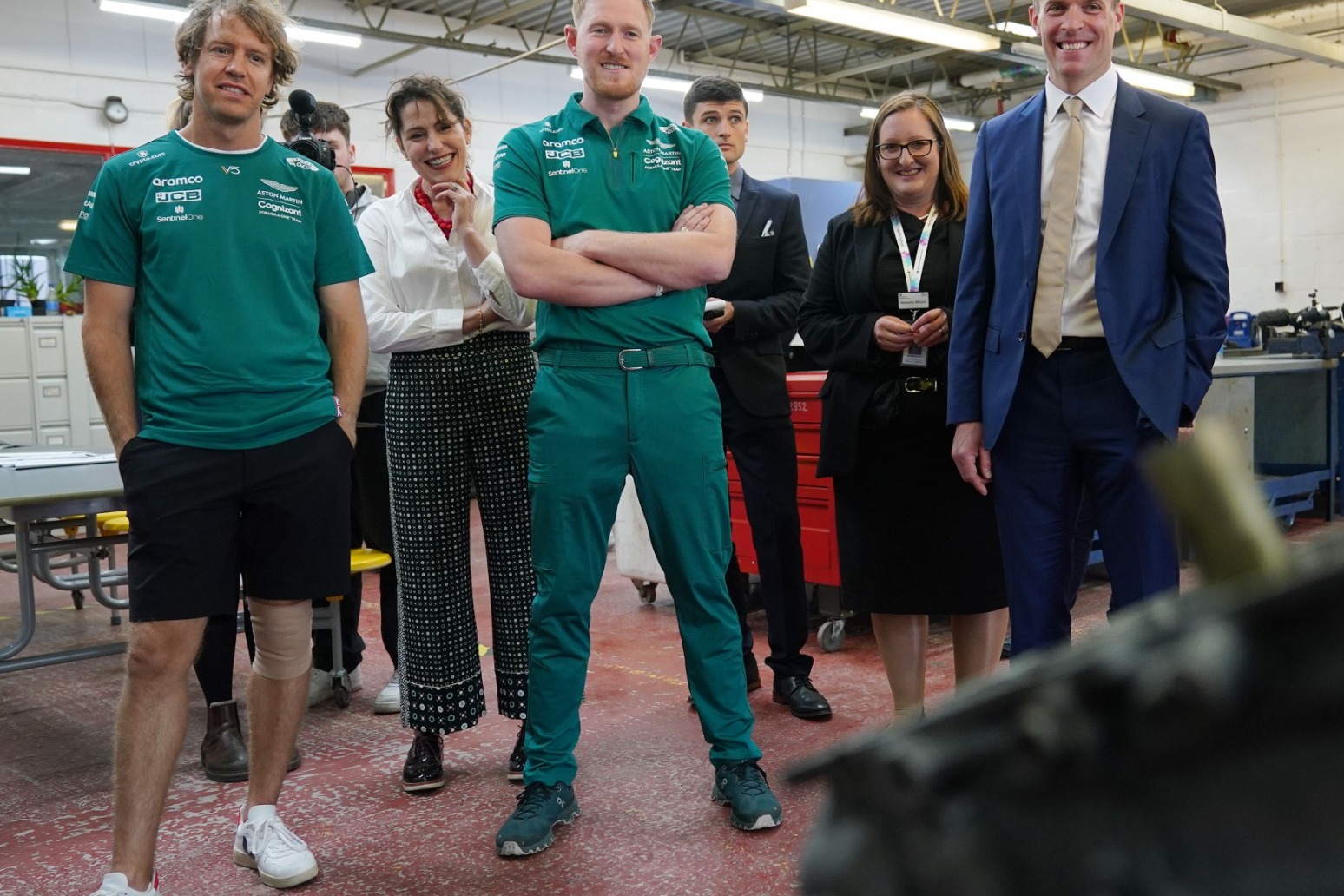 Professional racing driver Sebastian Vettel has told young offenders that “prejudice” against their criminal records should not stop them from working in Formula One during a visit to a prison with the Justice Secretary.

Vettel, who races in F1 for Aston Martin, made a pit stop at HMP Feltham, a prison and young offender institute in west London, and cut the ribbon to open a new car workshop for the inmates on Thursday.

The workshop will train young offenders in auto maintenance and repair in a bid to help them get jobs upon release.

Vettel, 34, who remains F1’s youngest world champion after he won his first title in 2010 aged 23, told the offenders they could achieve their dreams if they worked hard enough.

One young offender, who did not want to be named, asked if they could still get jobs in F1, the highest class of international racing, with a criminal record.

Vettel said: “I don’t see why not. There is obviously prejudice in the world. The world is changing and changing for the better but what I have found generally, when you are good enough, that’s it. There shouldn’t be prejudice stopping anyone.”

The F1 star also revealed he is a fan of UK trains after a young offender revealed he dreams of working on the railways when he gets out.

Vettel said: “Well there’s a future there, a big future. I don’t know in the UK but in Germany there is a lot of debate over whether it’s necessary to fly very short distances, to be honest it’s probably no. I have been on a train in the UK, it works really well.”

“It’s a great example of everything we want to do to get offenders working, get them the skills in this mechanical workshop because we know that offenders who get the skills and can get into work (are) much less likely to reoffend.

“We’re generally changing the whole focus of prisons so that they really do try and give offenders the best chance to get work on the outside, get the skills on the inside, because that gives them the best chance to go straight, turn their lives around.

“But that’s also the surest way that we can drive down reoffending and protect the public.”

Now Playing
Hot Chocolate - It Started With A Kiss