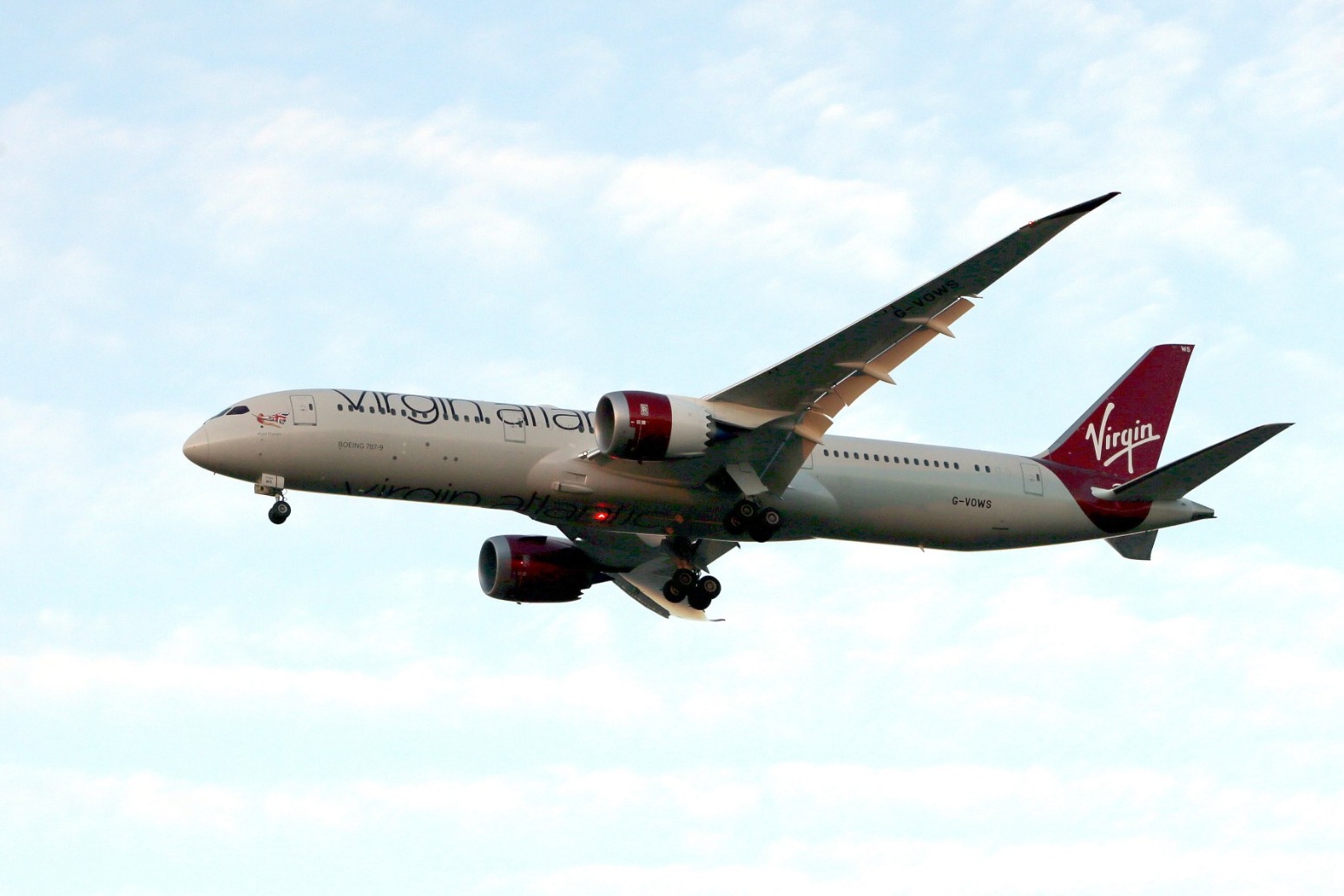 The airline has secured £1 million of Government funding to fly a Boeing 787 jet from London Heathrow to New York JFK next year using sustainable aviation fuel (SAF) instead of kerosene.

Virgin Atlantic and its partners are putting in similar funding.

The SAF is expected to be produced primarily from waste oil and fats, such as used cooking oil.

SAF reduces carbon emissions by more than 70% compared with kerosene.

The use of SAF combined with carbon removal credits will make the flight “net zero”, according to the DfT.

The flight is likely to take place towards the end of 2023 with no fare-paying passengers on board.

Commercial flights can currently only use SAF if it is blended with standard aviation fuel at up to 50%.

“It’s now going to be at the forefront of cutting carbon emissions from flying.

“Not only will this flight pave the way for future generations, but it will demonstrate just how much we can achieve when we work together on a shared goal – bringing together some of the best businesses and academics in the world and led by a British airline.”

The Government believes SAF is crucial to decarbonising aviation, and has an ambition under the Jet Zero Strategy for at least five commercial-scale production plants to be under construction in the UK by 2025.

But the green fuel is currently several times more expensive to produce than kerosene.

It is hoped the London to New York Virgin Atlantic flight will demonstrate the viability of 100% SAF flights.

Virgin Atlantic chief executive Shai Weiss said: “This challenge recognises the critical role that SAF has to play in decarbonising aviation and the urgent collective action needed to scale production and use of SAF globally.

“The research and results will be a huge step in fast-tracking SAF use across the aviation industry and support the investment, collaboration and urgency needed to produce SAF at scale.

“Our collective ambition of net zero by 2050 depends on it.”