Warning over ferocious heat as temperatures set to soar 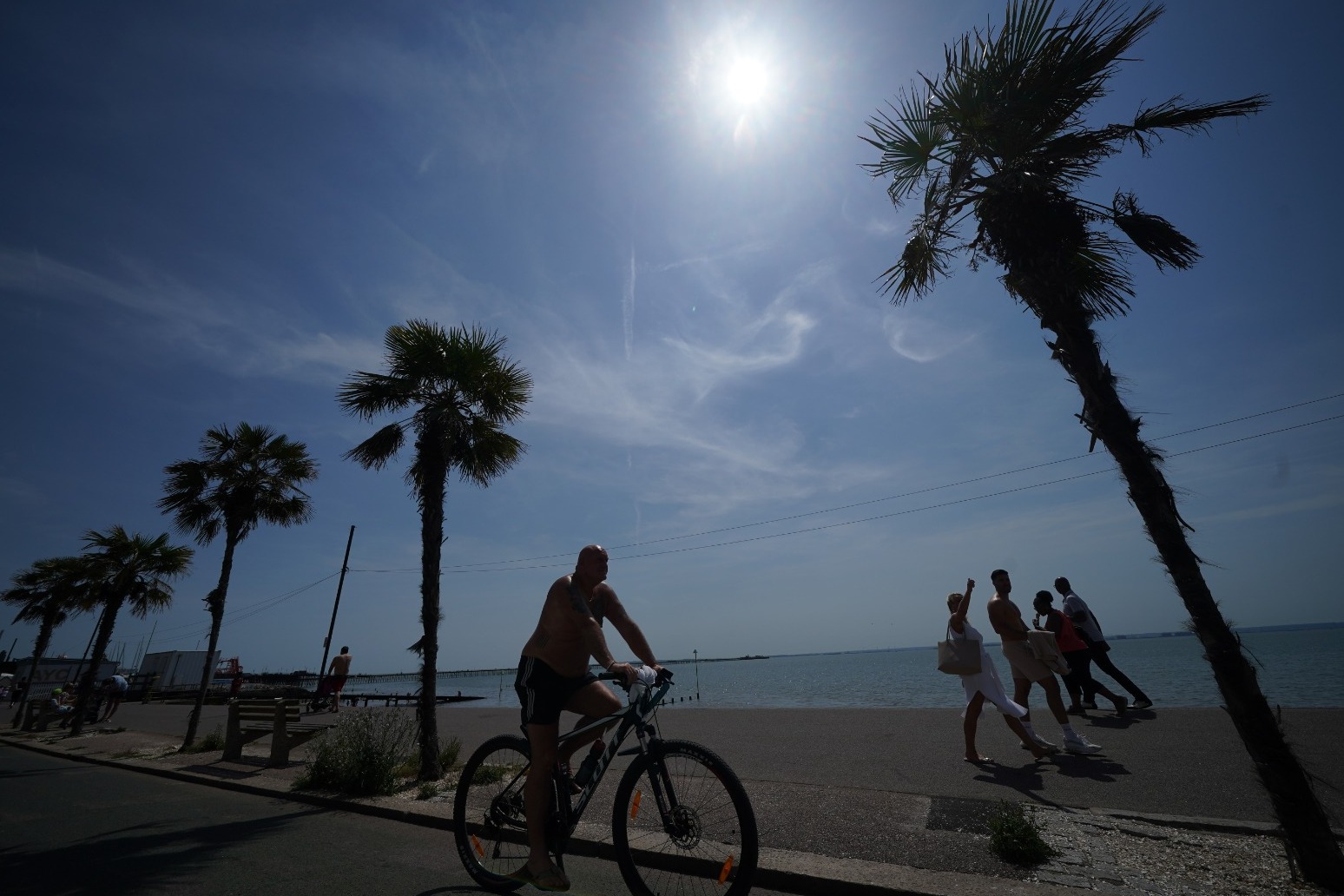 A health boss has warned the forecast for high temperatures could result in people dying while Deputy Prime Minister Dominic Raab said people should be resilient enough to “enjoy the sunshine”.

College of Paramedics chief executive Tracy Nicholls said the “ferocious heat” the UK is predicted to experience over the next few days could have a detrimental effect on Britons.

Scorching temperatures are predicted for Monday, with Peterborough expected to hit 37C and Milton Keynes, Norwich and Lincoln set to hit 36C – while temperatures could hit 40C in London on Tuesday.

Climate attribution scientist at the Met Office, Dr Nikos Christidis, has said the 40C prediction is a result of climate change.

The forecaster has issued an amber warning for the majority of England on Sunday, which then extends to southern Scotland and Wales from Monday until Tuesday.

The UK’s first red extreme heat warning has also been issued by the forecaster across a large part of England from London to Manchester and York on Monday and Tuesday.

The UK Health Security Agency has also issued a heat health warning at level four, which is described as a “national emergency”.

Ms Nicholls told Sky News’s Sophy Ridge On Sunday programme: “This isn’t like a lovely hot day where we can put a bit of sunscreen on, go out and enjoy a swim and a meal outside.

“This is serious heat that could actually, ultimately, end in people’s deaths because it is so ferocious. We’re just not set up for that sort of heat in this country.”

Her comments were made after Mr Raab said people should take precautions ahead of the record-breaking temperatures but added they should be able to enjoy themselves.

“Obviously there is some common sense practical advice we are talking about – stay hydrated, stay out of the sun at the hottest times, wear sun cream – those sorts of things,” he told Sophy Ridge On Sunday.

“We ought to enjoy the sunshine and actually we ought to be resilient enough through some of the pressures it will place.”

Additional contingency support for ambulance services, such as more call handlers and extra working hours, have been put in place on Monday and Tuesday.

Transport services are expected to be disrupted on both days, with Cabinet Office Minister Kit Malthouse urging people not to travel.

Avanti West Coast and Transport for London are also urging passengers to not travel unless it is absolutely necessary.

The chairman of the NHS Confederation meanwhile said hospitals are going to be “really, really pushed” over the next few days.

He told Times Radio: “My members are pretty stretched at the moment. Ambulances are operating at their peak, the waiting times for ambulances are now getting longer.

“The NHS will cope but coping isn’t good enough. We need to be actually operating in a way that allows people to get the treatment they need wherever needed, in good time. And that’s a struggle.”