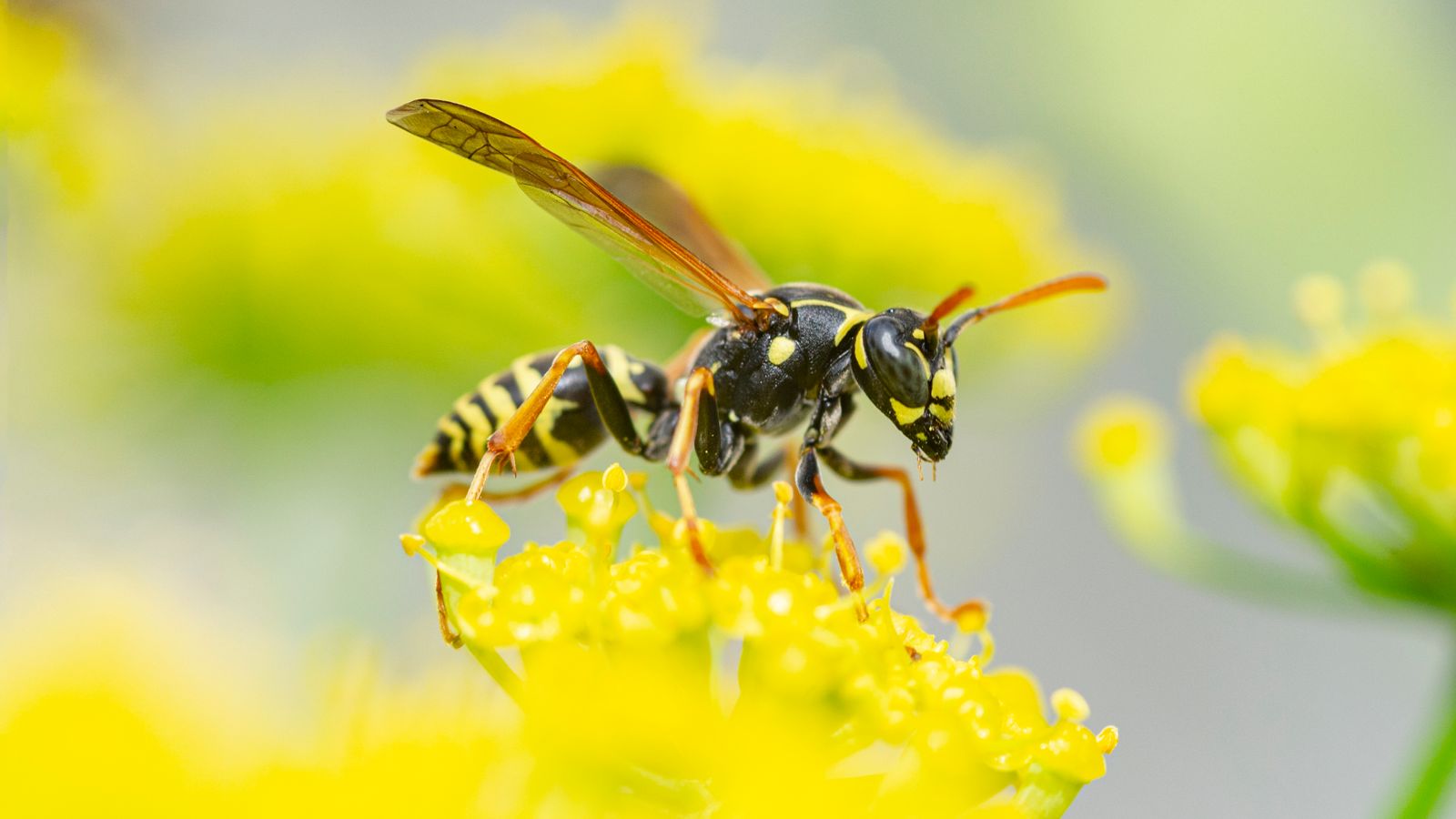 Wasps could be just as valuable as bees for their contribution to ecosystems, according to research.

The study in Biological Reviews was based on more than 500 academic papers looking at how 33,000 species of stinging wasps contribute to their ecosystems and how this benefits humans and the economy.

It found that wasps can be used as pest control in developing countries with minimal risk to the environment. They regulate populations of arthropods, such as aphids and caterpillars that damage crops.

Wasps are expert pollinators and pollination by insects is vital for agriculture – its importance to the economy is worth more than $250bn (£180bn) per year worldwide.

Wasps can also be useful for medication – their venom and saliva have antibiotic properties and yellowjacket wasp venom has potential for treating cancer.

Wasps can even be a valuable food source – their larvae are already harvested for food in some countries.

The study’s lead author Prof Seirian Sumner, from UCL’s Centre for Biodiversity and Environment Research, said: “Wasps are one of those insects we love to hate, and yet bees – which also sting – are prized for pollinating our crops and making honey.

“In a previous study, we found that the hatred of wasps is largely due to widespread ignorance about the role of wasps in ecosystems, and how they can be beneficial to humans.

“Wasps are understudied relative to other insects like bees, so we are only now starting to properly understand the value and importance of their ecosystem services.

“Here, we have reviewed the best evidence there is, and found that wasps could be just as valuable as other beloved insects like bees, if only we gave them more of a chance.”

Ryan Brock, from the University of East Anglia’s School of Biological Sciences, added: “Alongside other insects, many wasp species are declining from factors such as climate change and habitat loss.

“As such, there is urgent need to address their conservation and ensure that habitats continue to benefit from the far-reaching ecosystem services that wasps provide.”