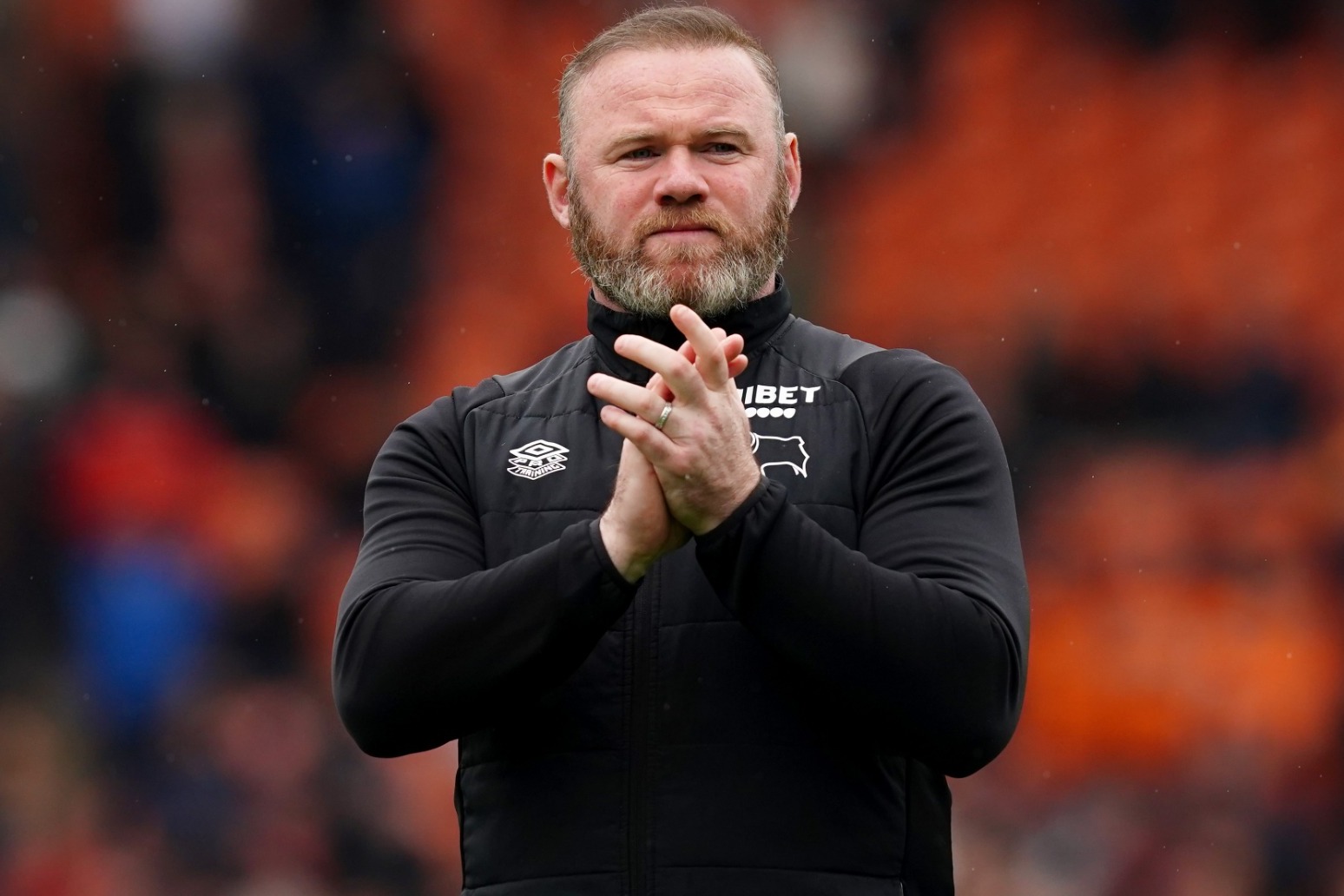 Wayne Rooney is set for an instant return to management after agreeing to take charge of old club DC United, according to reports.

The 36-year-old left Derby last month following a tumultuous spell where his own stock improved despite chaos off the pitch at the Pride Park club.

Rooney has wasted no time being out of the game with a move back to America seemingly in the pipeline again.

England’s record goalscorer spent a year-and-a-half playing for the Washington-based club, scoring 25 times and helping DC earn a place in the 2019 play-offs.

A switch to Derby occurred at the beginning of 2020 with Rooney able to balance playing alongside coaching at the Sky Bet Championship outfit. He took over as caretaker following Phillip Cocu’s dismissal in November of that year and was officially appointed as manager the following January.

The Manchester United great would experience a rollercoaster 18 months in the hotseat with Derby plunged into administration at the start of last season.

Given a combined 21-point deduction, relegation appeared a formality but Rooney was able to harness an incredible turnaround of fortunes despite a lack of finances or certainty over the future to see the Rams’ fight for survival go into the penultimate month of the season.

Derby were eventually consigned to League One on April 18 and yet it was events two months later that saw their highly-regarded manager move on.

Rooney announced his resignation on June 24 with the club’s takeover still not complete, citing: “I feel the club now needs to be led by someone with fresh energy and not affected by the events that have happened over the last 18 months.”

Instead of remaining in England to continue his managerial journey, the Three Lions 53-goal hitman will return to the United States.

He will take over a DC United side who have been without a permanent head coach since the dismissal of Hernan Losada in April.

Chad Ashton has been in interim charge but suffered a 7-0 defeat to Philadelphia on Friday to leave the MLS side second-from-bottom in the Eastern Conference table.