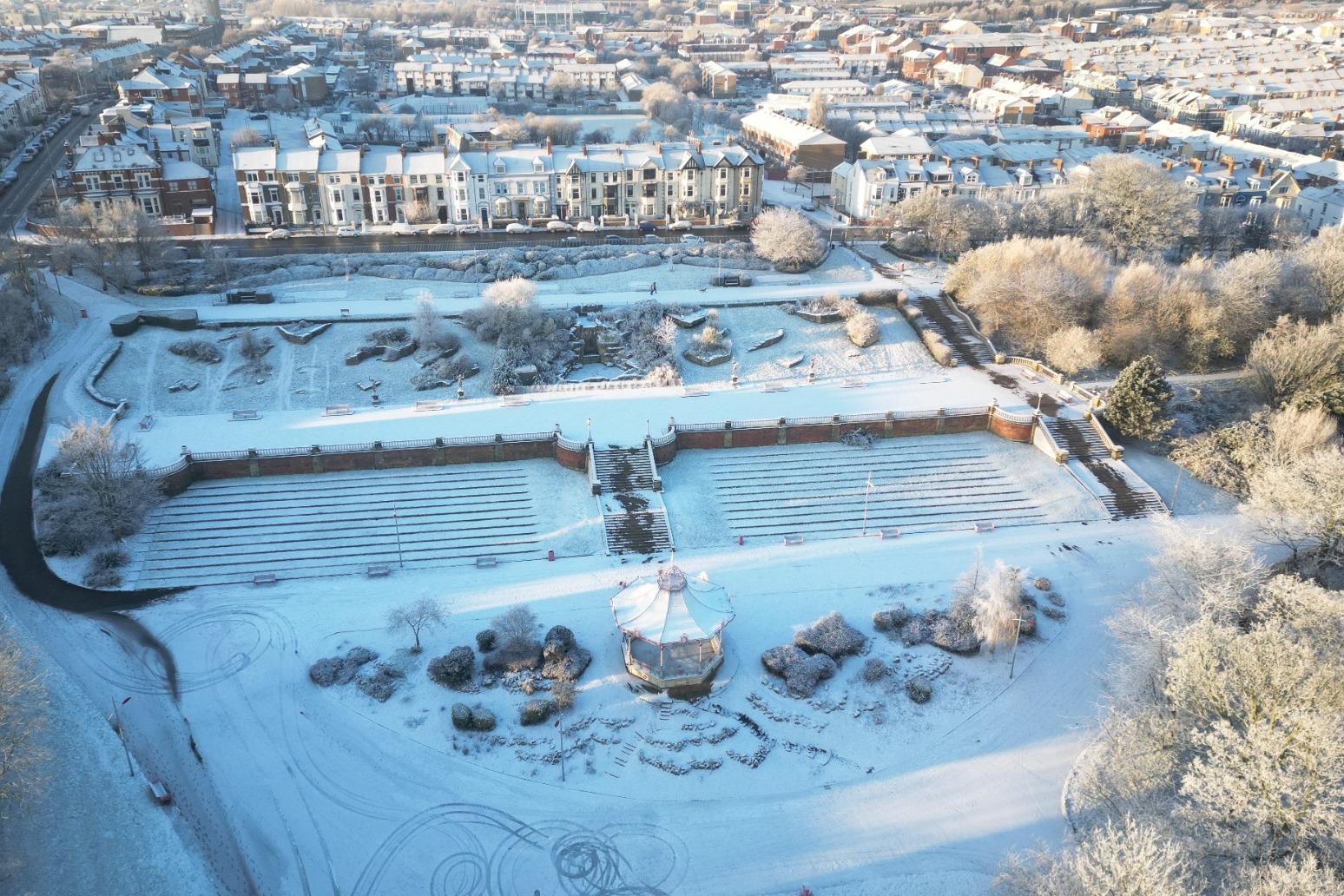 Snow and ice weather warnings have been extended across the UK after the record for the coldest night of the year so far was broken for the second night in a row.

The Met Office has extended a yellow snow and ice warning covering northern Scotland and north-east England until noon on Friday.

Snow and ice warnings are in place in the South West from 6pm on Tuesday until 10am Wednesday.

An ice warning is in place in East England from 3pm on Tuesday until noon Wednesday.

The national forecaster has also added a yellow ice warning in northern parts of Northern Ireland, including Belfast and Londonderry from noon Tuesday until noon Wednesday.

Braemer, in Aberdeenshire, was the coldest place in the UK on Tuesday night, recording a low of minus 17.3C, breaking Monday’s record of minus 15.7C.

The next coldest temperature on Tuesday night was also recorded in Aberdeenshire, at minus 14.9C in Balmoral.

Scores of schools across the country have been forced to close for a second day due to the cold weather.

Councils from Aberdeenshire to Cambridgeshire reported school closures, for reasons including heating failure, burst pipes and snow and ice.

The Met Office said there will be icy stretches on untreated roads, pavements, and cycle paths due to the thawing of snow left over from Monday.

Meanwhile, a boy is fighting for his life after falling into an icy lake in Solihull, West Midlands, on Sunday.

Three other boys aged eight, 10 and 11 died after falling into the lake during the same incident.

Commuters faced travel chaos on Monday as large parts of the UK were hit by ice, fog and snow.

Drivers on northern sections of the M25 were stranded for several hours as traffic was at a standstill.

National Highways said it had up to 25 gritters treating the M25 at any one time on Sunday and overnight into Monday.

A report from the Local Government Association (LGA) published last week found that nearly two thirds of councils in England are worried they can’t recruit enough HGV drivers to run their gritting lorries this winter.

“As this survey shows, councils along with many other organisations have had continued difficulties in recruiting new HGV drivers,” a spokesperson for the LGA said.

“As well as this, fast inflating HGV driver salaries in the private sector exacerbates issues in the public sector, with the rises creating a retention as well as a recruitment problem for councils and their contractors.

“To ensure gritting lorries can get to out treat roads and pavements this winter, councils have been retraining and redeploying existing staff as well as making use of short term agency workers.”

Transport Secretary Mark Harper defended the response of the highways authorities to the cold snap, after motorists were left stranded on the M25.

He told LBC Radio on Tuesday: “My understanding, having listened to what National Highways have said, is a very significant amount of gritting did take place.

“But of course, that doesn’t mean that you can deal with the consequences of the fact that it was a very severe cold snap and there was heavy snow across the country.”

He added: “Sometimes when you get heavy snow and you don’t get a lot of traffic on the motorway, you do get the snow settling and it does cause congestion.

“But I know the staff of National Highways worked incredibly hard to try and keep the roads moving and get the strategic road network up and running as soon as we could after the bad weather.”

The travel disruption was followed on Tuesday by the first of a wave of train strikes.

Members of the Rail, Maritime and Transport (RMT) union are pressing ahead with two 48-hour strikes at Network Rail, and 14 train companies, from Tuesday and Friday.

Trains are only running from 7.30am to 6.30pm on this week’s strike days, although many parts of the country will have no services, including most of Scotland and Wales.

The strike has also caused disruption across the London Underground, with the Central and Piccadilly lines experiencing severe delays, and minor delays across the Victoria, Jubilee, and Elizabeth lines.

The Bakerloo line is part suspended between Harrow & Wealdstone to Queens Park due to the rail strike.