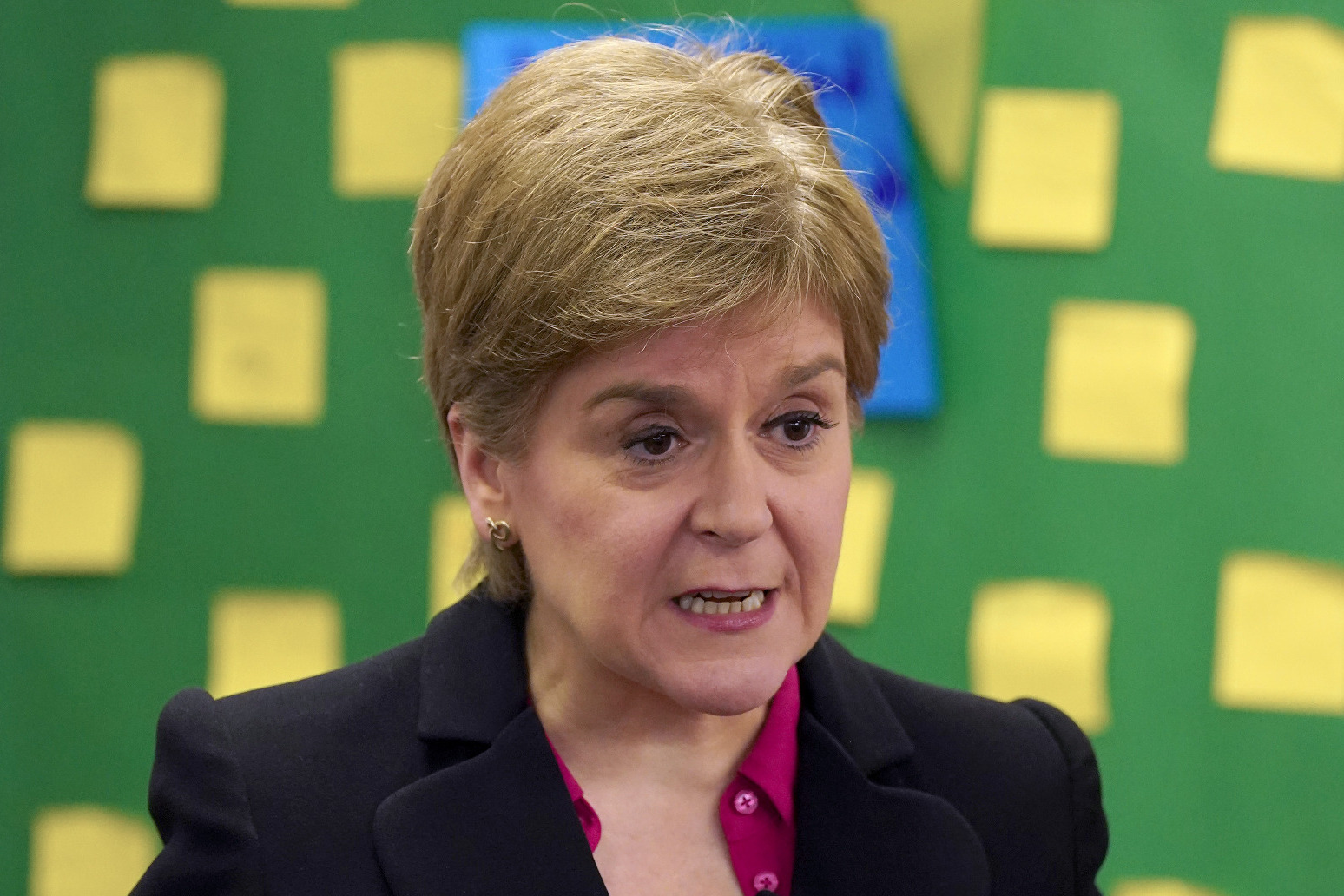 That’s according to the Scottish First Minister, Nicola Sturgeon

The “whole package” of plans from the UK Government to boost growth needs a rethink, Nicola Sturgeon has said.

The Chancellor announced a U-turn on Monday to scrap the top rate of tax, but said that would be the only reversal from the package of measures announced in the mini-budget last month.

The basic rate of income tax will be cut to 19p in the pound and the cap on bankers’ bonuses will be scrapped, under the plans.

A previous announcement to limit the average annual cost of energy bills to around £2,500 was also confirmed in the statement from Kwasi Kwarteng.

The Chancellor said on Monday that the abolition of the top tax rate had become a “distraction”.

Speaking to STV News, First Minister Ms Sturgeon said the UK Government should re-assess everything in the mini-budget, adding: “I think they need to rethink the whole package.

“The decisions that they took and announced in the so-called mini-budget sent the economy into a downward spiral and sent the financial markets into a downward spiral that has a real impact on people across the country in higher costs of borrowing, higher mortgage rates and higher debt repayments generally – so I think the whole thing needs rethought.

“This is a Government that appears to be more interested in ideological posturing than it is in the health and the wellbeing and financial security of people across the country, so I would call on them to rethink the whole thing.”

The First Minister – who accused the UK Government of “utter ineptitude” after the U-turn was announced – also said that, while axing the top rate of tax was not the “costliest” part of the mini-budget, it was “morally wrong”.

“At a time when so many people are really struggling right now and public services are struggling, to hand a massive tax cut to the very top 1%, 2%, 3% of income earners was always wrong,” she added.

“It’s right that that is not going ahead, but that in a sense is the tip of the iceberg in terms of the utter mess that this Government – in just three weeks – have made to the UK economy.”

One of Liz Truss’s ministers said the rethink by the Chancellor on Monday should be welcomed because he “listened” and “acted swiftly”.

“We recognised for a number of quarters that it wasn’t universally welcomed,” Scottish Secretary Alister Jack told the PA news agency.

“And he’s listened to that, he’s taken the decision to drop the plans for the 45% tax rate, but he’s stuck to all the other growth measures that he had in there, particularly helping businesses and people with their energy crisis, which is very important – so that’s what he’s done.

Speaking at the Conservative Party conference in Birmingham on Monday, Scottish Tory leader Douglas Ross said the Chancellor had made the “right decision”.

“This morning, the Chancellor has confirmed a change to the budget that was presented 10 days ago,” he said.

“I think he has made the right decision. The best parts of the Government’s growth plans remain and the area that caused most concern has gone.

“Politicians have to listen and respond – and that’s exactly what the Chancellor has done.

“But let’s look at this package of measures in the round.

“It’s right that helping families through the cost-of-living crisis has been at the forefront of the political agenda.

“I welcome the capping of energy bills for both households and businesses announced by the Prime Minister.

“The energy cap and the other measures are the largest package of support delivered by the Government to families in my lifetime.

“Yes, they are major spending commitments, there is no getting away from that.

“However, we have to respond to national and international challenges and that is exactly what the Government have done.”