Whos a clever boy Dogs can distinguish between languages 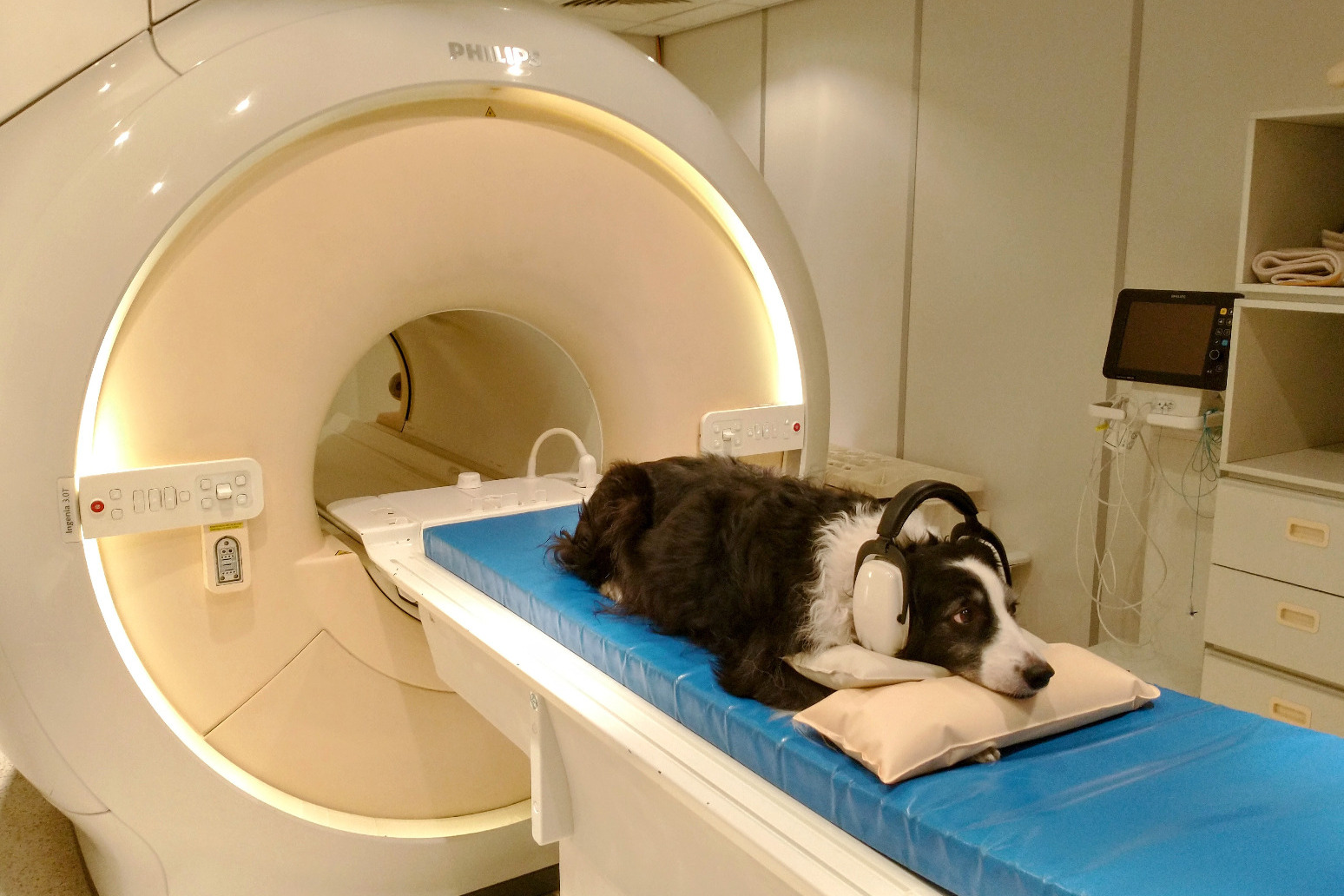 This is thought to be the first demonstration that a non-human brain can differentiate two languages.

Dogs are able to detect speech and distinguish between languages, new research suggests.

A brain imaging study suggests the animals show different activity patterns to a familiar and an unfamiliar language.

This is thought to be the first demonstration that a non-human brain can differentiate two languages.

When Laura Cuaya, first author of the study, moved from Mexico to Hungary to join the Neuroethology of Communication Lab at Eotvos Lorand University in Hungary, she took her dog Kun-kun with her, having previously only spoken to him in Spanish.

Kun-kun and 17 other dogs were trained to lay motionless in a brain scanner, where they were played speech excerpts of The Little Prince in both Spanish and Hungarian.

Before this, all of the participating dogs had only heard one of the two languages from their owners.

The animals were also played scrambled versions of the excerpts, to examine whether they were able detect the difference between speech and non-speech at all.

Researchers found distinct activity patterns in the dogs’ brains when they compared responses to speech and non-speech.

They report that this distinction was there independently from whether the stimuli originated from the familiar or the unfamiliar language.

However, there was no evidence dog brains would have a preference for speech over non-speech.

Raul Hernandez-Perez, co-author of the study, said: “Dog brains, like human brains, can distinguish between speech and non-speech.

“But the mechanism underlying this speech detection ability may be different from speech sensitivity in humans: whereas human brains are specially tuned to speech, dog brains may simply detect the naturalness of the sound.”

Attila Andics, senior author of the study, added: “This study showed for the first time that a non-human brain can distinguish between two languages.

“It is exciting, because it reveals that the capacity to learn about the regularities of a language is not uniquely human.

“Still, we do not know whether this capacity is dogs’ specialty, or general among non-human species.

“Indeed, it is possible that the brain changes from the tens of thousand years that dogs have been living with humans have made them better language listeners, but this is not necessarily the case.

“Future studies will have to find this out.”

The study, conducted by researchers from the Department of Ethology, Eotvos Lorand University (Hungary) is published in NeuroImage.