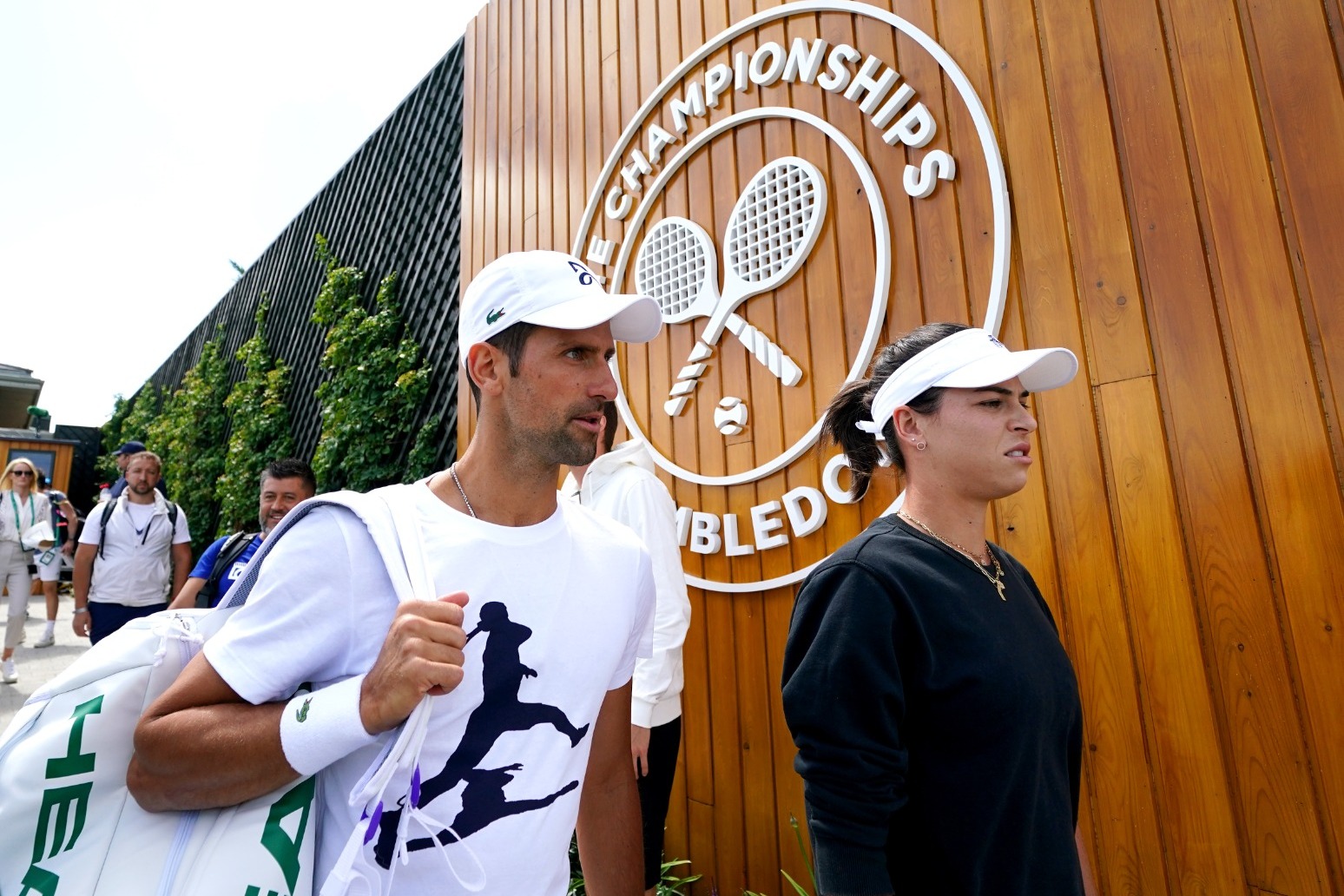 Novak Djokovic, Rafael Nadal, Emma Raducanu and Sir Andy Murray are among the world tennis stars set to be in action

Wimbledon kicks off on Monday with full-capacity crowds descending on the grand slam tournament in south-west London for the first time in three years.

The 2022 championship marks the first time the grounds will be filled with up to 42,000 people every day since before the coronavirus pandemic.

The queue has returned for the first time since 2019 as spectators from around the world camp out and line up for hours to buy on-the-door tickets every day.

It comes after the tournament was cancelled in 2020 and then went ahead in 2021 but only with 50% crowd capacity.

Novak Djokovic will begin the defence of his 2021 title, while Rafael Nadal will make his return to the hallowed grass courts having not played at Wimbledon since 2019.

Eyes will also be on British player Emma Raducanu after she made history last summer as the first qualifier to win the US Open – and 23-time grand slam winner Serena Williams who is coming back as a wild card.

Both active British grand slam champions – Raducanu and Sir Andrew Murray – will play their first round matches on centre court on Monday.

Tenth seed Raducanu is nursing a side strain while Sir Andy, who is unseeded, is battling an abdominal strain.

This year, Wimbledon has barred Russian and Belarusian players in response to the invasion of Ukraine.

Men’s world number one Daniil Medvedev and women’s number five Aryna Sabalenka are among those to be banned.

The decision has had serious repercussions, with the ATP and WTA deciding to withhold ranking points from the tournament.

Elsewhere, the squash brand Robinsons and Wimbledon have ended their sponsorship partnership after 86 years – one of the longest-running deals in sport since it was set up in 1935.

The championship will also mark the centenary of the All England Lawn Tennis Club’s move to the Church Road site in 1922.

British hopes at Wimbledon are high after an encouraging draw for the home players.

Remarkably, of the 17 British representatives in the men’s and women’s singles, not one drew a seeded player in the first round.

For the men’s draw, British players Jay Clarke, Paul Jubb, Dan Evans, Cameron Norrie, Jack Draper, Alastair Gray and Liam Broady are in action at the start of the week.

Mixed weather conditions are forecast for the two-week period, which will likely see predominantly dry conditions with sunny spells interspersed with some showers and breezy winds.

Marco Petagna, a spokesman for the Met Office, said: “The first half of the week, the impression is a lot of bright dry weather with a small chance of showers coming in.

“It is really the second half of the week that there will be a greater chance of showers breaking out.

“Temperatures are generally going to be around average so highs of 21C.”

Mr Petagna said the second week could see more settled weather although confidence in the longer-term forecast is lower.

He said: “The trend is that things get a bit more settled as we head into July so a better chance of more settled weather developing in that second week and possibly a little bit warmer as well.”