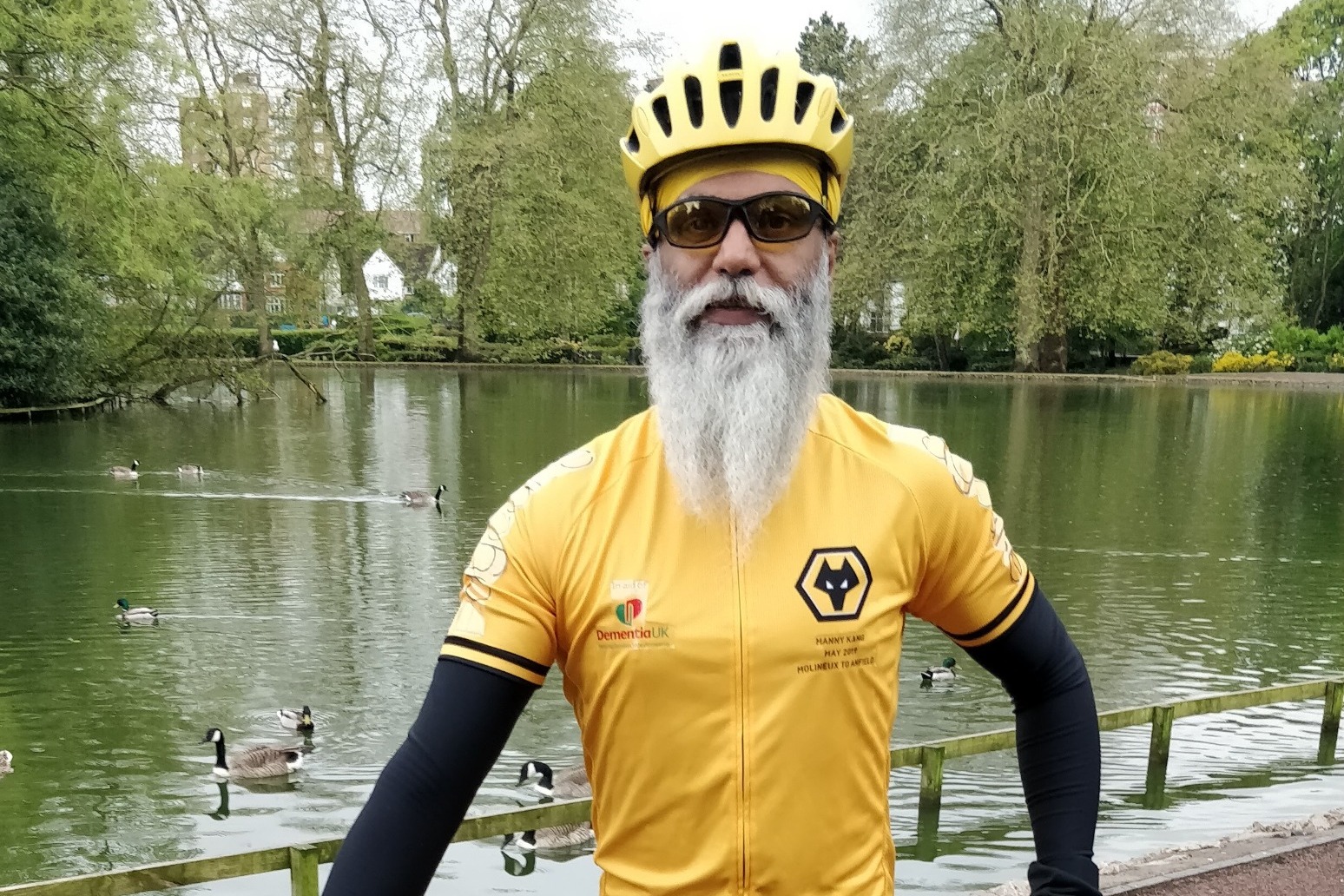 A football fan who has raised more than £180,000 for charity will walk 125 miles from Wolverhampton to west London to raise money for dementia care.

Wolverhampton Wanderers supporter Manny Singh Kang, 49, will set off from Molineux Stadium on Thursday and will walk for around 50 hours, over two and a half days, to arrive in time for kick-off at Chelsea’s Stamford Bridge stadium on Saturday.

The father-of-three began fundraising in 2017 and has raised £186,865 for charities including Dementia UK, Wolves Foundation, Birmingham Children’s Hospital and the Crisis homeless charity.

Mr Singh Kang, who is a regional volunteer ambassador for Dementia UK, said his upcoming challenge is “absolutely bonkers” but added the support he has received from fellow fans will help him make it to kick-off.

He told the PA news agency: “Wolves fans are amazing and I don’t do this for praise or rewards, I just want to try and give something back.

“Every time I do a challenge I always tell myself it’s the last one but it never is.

“This challenge is absolutely bonkers but I’m really grateful to all the support and all the love that everybody shows and that (gives me) my energy.”

Despite not being personally affected by dementia, Mr Singh Kang, who ran the London Marathon to raise funds for Dementia UK in 2021, started researching the illness four years ago.

“When I first read up about dementia, I found that in 2018 it had killed more people than any other illness and I was shocked,” he said.

“I supported Dementia UK for one year before I became a volunteer ambassador and I’ve been supporting them ever since.

“The charity does so much good. They train up specialist nurses and send them out into the community, clinics and care homes.

“They also provide support for the family and friends involved, so no one is alone dealing with this illness.”

“We decided to do a bucket collection outside the ground for Dementia UK but we just felt a bit awkward asking for money,” Mr Singh Kang said.

“Being Sikh and following my faith, giving is really important but so is feeding people, so we came up with Samosa Saturday.”

The samosas, which are given to anyone who donates, have even been bought by footballers Ruben Neves and Conor Coady.

Mr Singh Kang, his family, friends and other Wolves supporters have so far served 35,000 samosas at Wolves matches, with all the money raised going to charity.

“I’m sort of on a bit of a rollercoaster when I’m watching it all happen in front of me.

“People will give me a lot of praise but there’s a huge team behind me of my family – my wife, my kids and my parents, and all the volunteers who help me are just unbelievable.”

Mr Singh Kang, who has been nominated as a finalist at the Just Giving Awards 2022 for his fundraising work for Dementia UK, said: “We can wait for the Government to help charities like Dementia UK, but they need to help now.

“My Wolves-to-Chelsea challenge is also about spreading the story and raising awareness.

“People are suffering right here, right now and we can do so much more to help.

“To my last breath of energy I’ll carry on helping them in any way I can.”