Woman banned from road after driving at Insulate Britain protesters 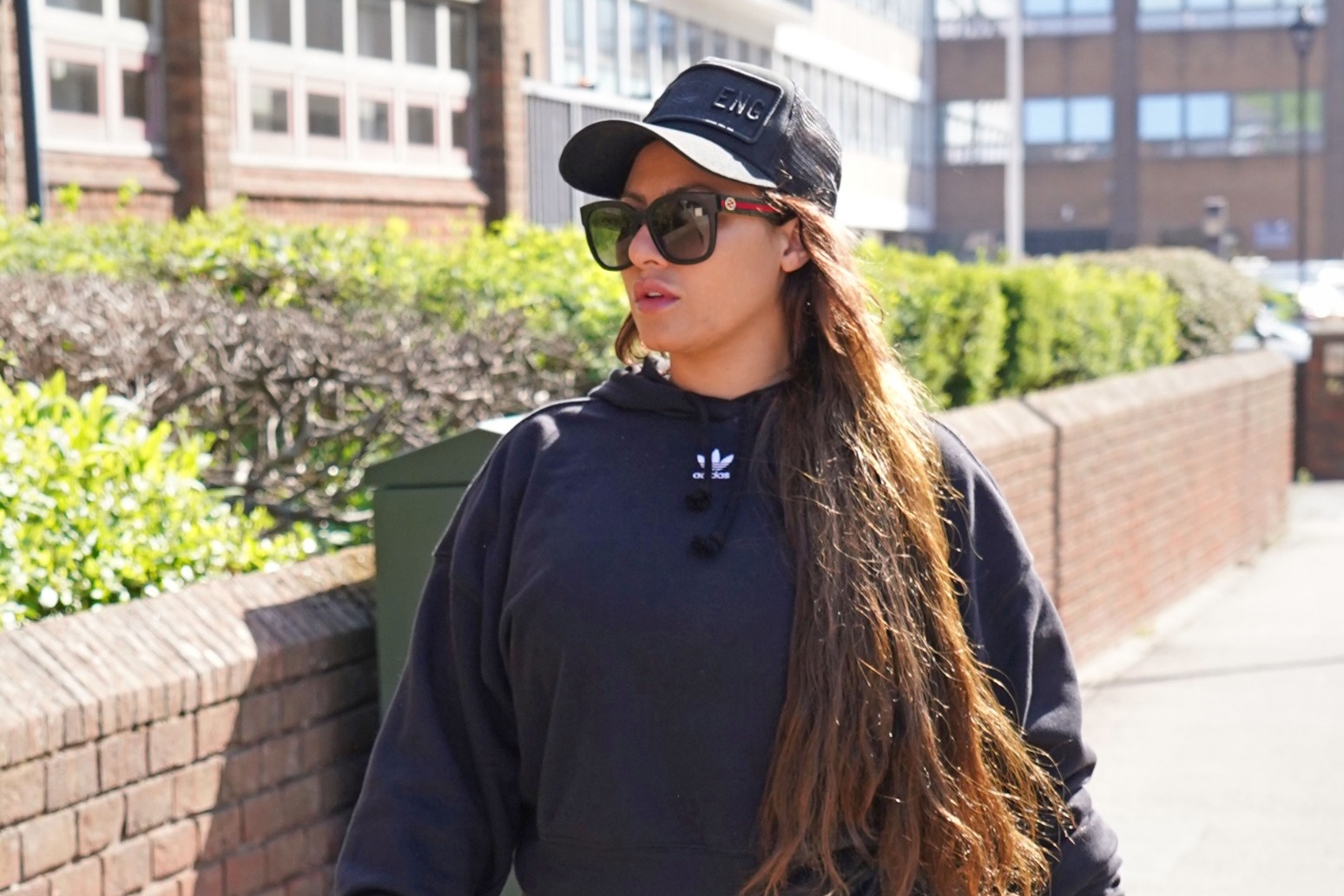 A woman has been banned from driving after using her Range Rover to try to move Insulate Britain protesters who were blocking the road while she was on the school run.

Sherrilyn Speid, from Grays, Essex, pleaded guilty at a previous hearing to dangerous driving over the incident last October.

The 35-year-old, who appeared for sentencing at Basildon Magistrates’ Court on Friday, was disqualified from driving for a year, handed a community order and ordered to pay a total of £240.

The court heard that she had been at the wheel of her black Range Rover Sport when she came across an Insulate Britain protest in Grays at about 8.30am on Wednesday October 13.

Prosecutor Ashley Petchey said three demonstrators were sitting across the road and queues of traffic had built up behind them.

Speid got out of her vehicle and “remonstrated” with the protesters, the court heard.

The scene was caught on camera by a passer-by and the footage quickly went viral online.

Heavily bleeped clips, which were shown in court, captured Speid getting out of her car before swearing and shouting at protesters.

She can be heard saying: “I don’t care what the issue is.

“My son is 11, he needs to get to school today so move out the way and let me get my son to school.”

In a separate clip, the car could be seen jerking forward into the backs of protesters sitting on the road.

Mr Petchey said Speid, who cried in the dock throughout the hearing, was “clearly very angry and agitated by the situation”.

He added that she was not using “excessive speed” and “was using the brakes quite harshly”.

Mr Petchey said dangerous driving means that injury could have been caused.

He said: “She knew the protesters were there and had even remonstrated with them but nevertheless chose to move into them with her vehicle.”

The prosecutor also played a clip to the court of an interview Speid did with LBC the day after she pleaded guilty on March 28.

Speid told the broadcaster “I feel let down”, before calling the criminal proceedings an “injustice”.

However, Lauren Hebditch, defending, told the court that Speid was an “inspiring” woman who was “under severe pressure and stress” that week, having just left an abusive relationship of 12 years.

Ms Hebditch said her client had just moved into a new home after staying in a safe house and was taking new medication prescribed for her mental health.

She said: “She had had to flee her family home due to domestic violence she had suffered for 12 years.

“She was suffering from severe anxiety and depression which led her to having panic attacks at work.

“She had finally found confidence that week to leave that relationship.”

Ms Hebditch added that the footage clearly showed Speid was “anxious” and “stressed”.

The court heard that Speid had been in and out of care during her childhood but has channelled her experience into setting up a counselling service for vulnerable children, a WhatsApp group for mental health, and a podcast for working mothers.

“She is inspiring to everyone she meets despite the abusive childhood and adulthood,” Ms Hebditch said.

“She accepts her actions – she cannot watch the footage, she cannot bear it.

“She does not believe it is her she is watching – she is mortified.”

The court also heard that one of the protesters had written to the court saying they did not support the prosecution and did not want proceedings to continue.

Ms Hebditch said the driving ban will mean Speid can no longer shop for her mother, who has multiple sclerosis, drive to work, or drop off her son at school or football.

Chairman of the bench Susan Hawkins handed Speid a community order for 12 months, which includes 20 days of rehabilitation activity.

“We do feel it is serious enough for us to do that,” she said.

Speid was disqualified from driving for 12 months until March 28 2023 – following an interim ban she received at the previous hearing on March 28.

She was also told that she will have to retake her test.